'We pressed home to the minister the concerns not just of the port, but of the wider business community of the dangers posed by a ‘no deal’ Brexit' 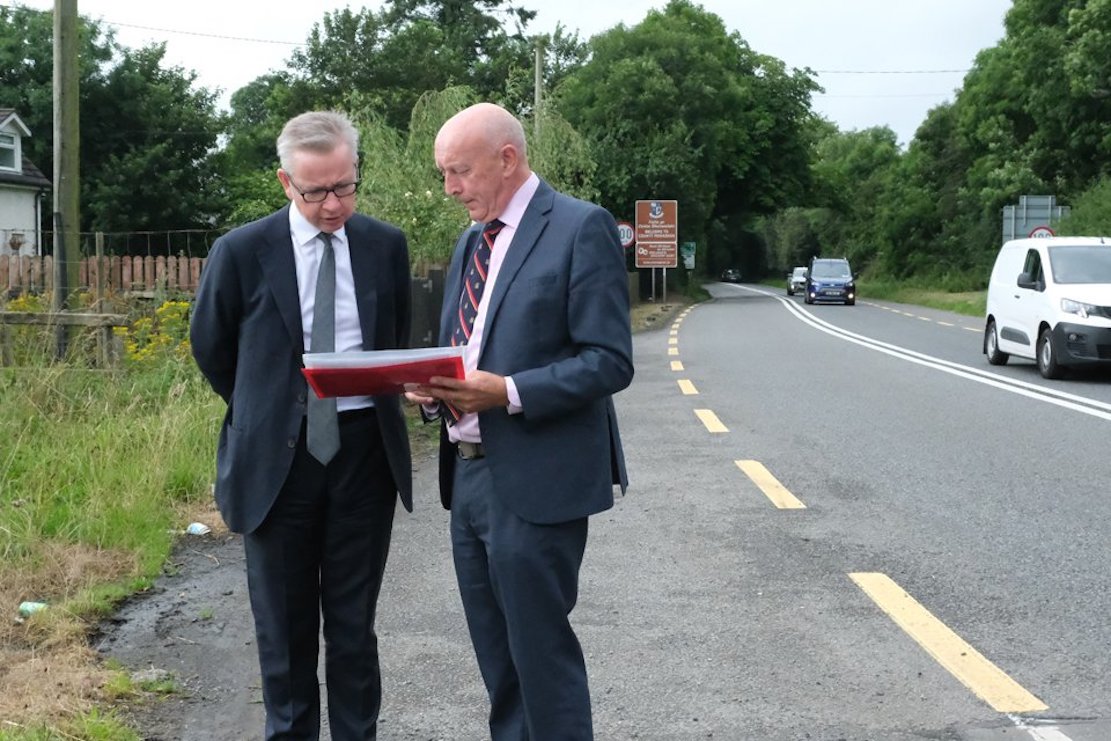 Chancellor Michael Gove has been warned of the potential for job losses and hardship for the wider business community in the event of a ‘no deal’ Brexit.

Mr Gove was in both Warrenpoint in Co Down and Middletown, on the border of Co Armagh and Monaghan, on Friday.

He insisted that the UK would be leaving the EU by the October 31 deadline.

The visit to Warrenpoint was facilitated by the Port and a “robust exchange of views” followed, according to chief executive Ms Guinness.

She said afterwards: “We pressed home to the minister the concerns not just of the port, but of the wider business community of the dangers posed by a ‘no deal’ Brexit.

“As a key driver for economic growth locally, we consider it vital for the prosperity of the entire Northern Ireland economy that that trade is able to continue to flow and grow.

“That requires a border that is frictionless and for us that means no barrier either on the island of Ireland or in the Irish Sea so that our economy can continue to enjoy the open trade we have done for many years.

“We are yet to receive assurances that any of this is possible under a ‘no deal’.”