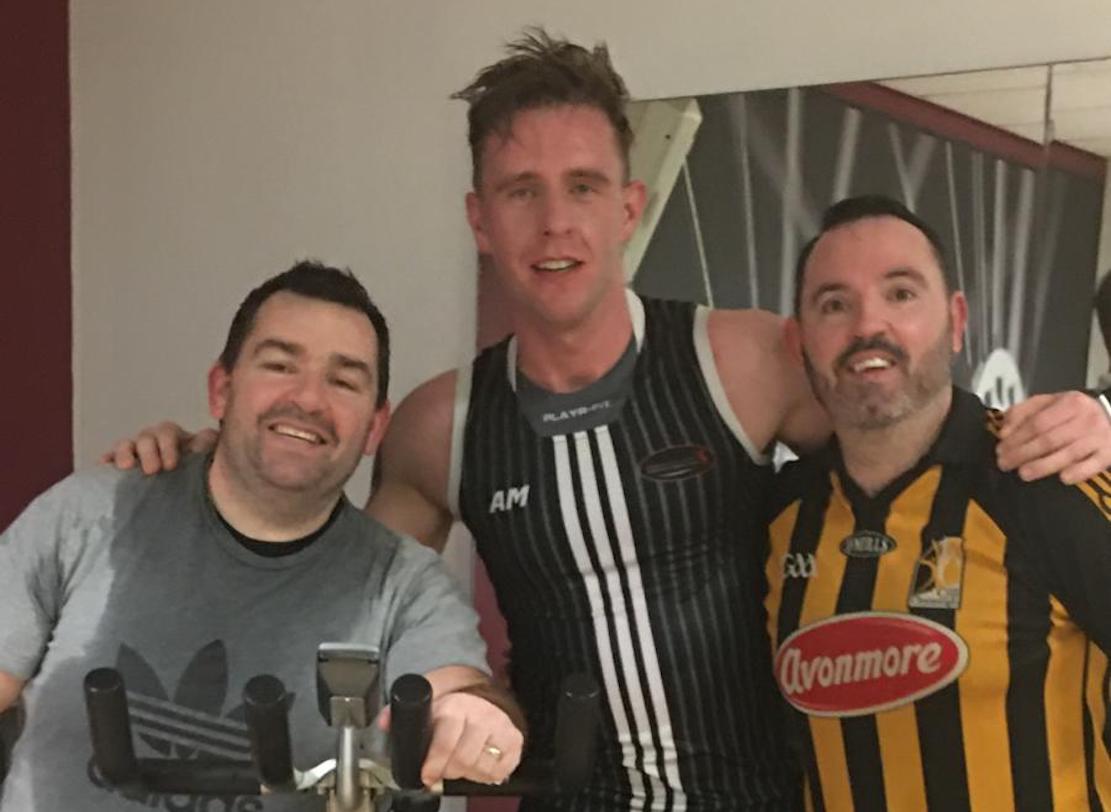 Two Co. Armagh families who both lost parents to cancer on the same day shortly after Christmas last year are teaming up to raise money for the Southern Area Hospice.

Pat Murphy, from Darkley, and Dympna McCague of Armagh lost their battles with the disease on January 7.

This year marks the Hospice’s 30th anniversary, and with this in mind Adam Murphy – son of Pat, alongside Robbie and Tommy McCague – sons of Dympna – will be raising money with a spin class and coffee morning at the Armagh City Hotel this Saturday, December 21.

Speaking to Armagh I, Adam said that although his father wasn’t in the Hospice, he was at home most of the time and in and out of hospitals, both in Craigavon and Daisy Hill.

“The reason me and the Murphy family are doing this is for every family out there that have been affected by cancer,” said Adam.

“We are so grateful for the palliative care nurses that work in the Southern Area Hospice and only for them I don’t know where we would be.”

Adam said that last Christmas was tough on all the family, as they knew deep down that it would be their father’s last.

“It was tough on Christmas Day but he was great and even had a wee baileys after dinner; he just went downhill from Boxing day onwards, I think he fought hard on Christmas day for us.”

The youngest on 11, Adam explained how the news of his dad’s illness became known to him: “I was working in the City Hotel when I got a call that my father had fallen, so I had to leave work and I rushed home.

“I went into the house and there was my dad, sat on the sofa with the back of his head split open; he was taken to Daisy Hill where he seemed fine – I mean he walked into the ambulance.

“The doctors ran some tests, which came back telling us he had secondary bone cancer and he had cancer of the prostrate.

Said Adam: “That day you go to work thinking everything is grand, then you come back that night and you are lying staring at the ceiling.

“Every person out there should make sure they get themselves checked regularly, don’t die of ignorance. Daddy was 86 years of age when he passed away, he was a fit man, like he was a man of 66.

“He was very independent, he did everything for himself; he was up and would have gone to Keady in the morning to get the papers at McGrane’s shop, and the soda bread.

Adam recalled he had heard from the family that, in his thirties, his dad had a fall whilst in London which left him in a coma for several days but within seven or eight months he was back scaffolding.

“They don’t make them like that anymore,” he added.

The Newry Hospice is celebrating its 30th anniversary – and Adam hopes it is there for another 100 years “because we need it”.

“As my dad used to say ‘you never miss the water till the well runs dry’ and you really don’t know when you will need it”.

We also spoke with Dympna McCague’s son, Robbie who said he and his family wanted to do something to remember their mum, especially in the run up to Christmas and her first anniversary.

Robbie commented: “She was such a giving person and was always thinking of others; we would also like to acknowledge the amazing work that the Hospice does in supporting people and their families in the most difficult of circumstances”

“Both ourselves and Adam’s family went through that this time last year, it was a very difficult period and we just wanted to do something to acknowledge that and give a wee bit of thanks.”

Robert says that the event is not just to remember their parents but to give back to those who supported them through their illnesses.

“I work within the health service myself,” said Robbie, “and I know what it costs to run the hospice, I think it is important to support that service to make sure it is maintained.

“We know there are people in the same situation we were in last year and we hope that they are feeling supported in a very difficult time “.

Speaking of his mother’s illness, he explained: “It spanned over a period of over two years; it was a gradual decline which sped up in the last few months of her life and by that stage we knew it was palliative.

“The Hospice was there for us to help manage the pain and comfort levels so that she could return home again; the last few days to a week they just made sure she was in no pain.”

But just like the Murphy family, the McCague’s made the most of the last Christmas with their mother.

Robert said: “With us knowing mum was coming to the end of her life, we did a lot to make sure there were special memories for the whole family and the grandchildren.

“We were so appreciative that we got that time, with the Hospice being vital in that.”

The Spinathon and coffee morning will be held at the Armagh City Hotel on December 21 from 9am to 12pm.

There will be spot prizes on the day including; sports massage, meat voucher, fuel vouchers, beauty vouchers, meal vouchers, a sports jersey, a PT session, bottles of spirits and a one month gym membership (New Year, New You?).

All proceeds from the day will be going to the Southern Area Hospice.