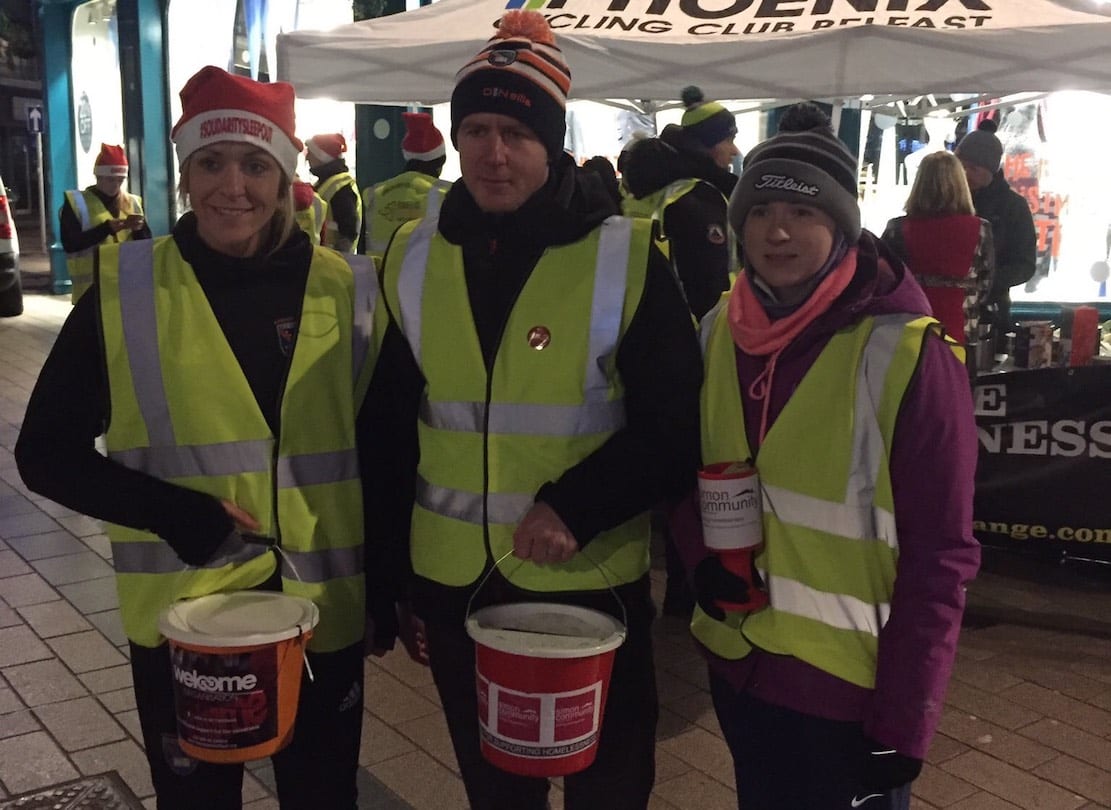 Past and present inter-county players from across the Ulster GAA circle came together last weekend in a sleep-out to raise awareness of homelessness.

The group were collecting money all over Belfast city centre and later slept out on the footpath on Bedford Street.

SDLP Assembly Member for Newry and Armagh and former player Justin McNulty praised the Gaelic Voices for Change campaign for raising awareness and funding to help tackle the homelessness crisis across Ireland.

Mr McNulty was one of over four hundred ex-county players who participated in the Solidarity Sleep Out on Saturday night.

“The GAA is a unique organisation founded with the values of family, community and volunteerism at its core,” he said.

“The GAA reaches into every parish on this island, and has a global network of clubs wherever the Irish have set down roots.

“We’re more than a sporting organisation, and in many communities the GAA is the backbone of the community. As players we have enjoyed the support of our communities both on and off the pitch, so the Solidarity Sleep Out was a simple way of us giving something back.’

“On Saturday night I was humbled to join past and present inter-county players from across the Ulster GAA family collecting money all over Belfast city centre and later sleeping out on the footpath on Bedford Street.

“Homelessness is often forgotten about, but is brought into focus during cold weather or at Christmas when we get together with our families. And just because we don’t see many people sleeping on park benches or in doorways in Newry or Armagh, it doesn’t mean we don’t have a homeless problem.

“Having liaised with the homeless charities and the community and voluntary sector over recent weeks I am acutely aware of the challenges we face locally.”

He added: “This Gaelic Voices for Change campaign has been deliberate in an effort to increase awareness on this important issue, to governments and to society in general.

“Our group of players have also raised more than €200,000 that will go a little way towards helping families or individuals, who through no fault of their own, have found themselves homeless this Christmas.

“We also recognise that we were fortunate enough to able to return to our nice warm homes after the Sleep Out and we know sadly, that every night, there are hundreds of people sleeping rough with no place to go, whilst countless others don’t have a place to call home.

“Over the next few weeks, we will be enjoying the company of family and loved ones as we celebrate Christmas, but too many won’t be that fortunate.

“A hot meal, a warm bed and a roof over people’s heads is not a luxury, but is a fundamental human right. I hope by taking part in this Solidarity Sleep Out that the issue of homelessness will not go off the political agenda, and that a strategic, coordinated multi-agency approach will be implemented to tackle this crisis head on.”