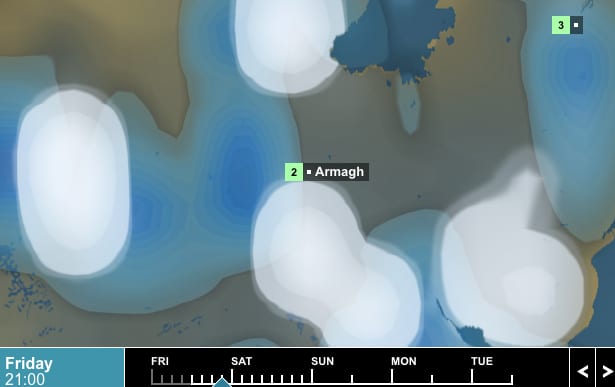 County Armagh could be hit with snow as early as this evening as the the Met Office predicts the first fall of the season.

The temperature has taken a significant drop today with a low of one degrees expected around 6pm today.

We are expecting snow in the north, south-east and south-west parts of the county before 9pm this evening, however, it is expected to clear by tomorrow afternoon.

The chances of snow have been predicted at 80 percent. Saturday will be cold and windy. From mid-day cloudier skies and scattered, locally wintry, showers will gradually spread from the west.