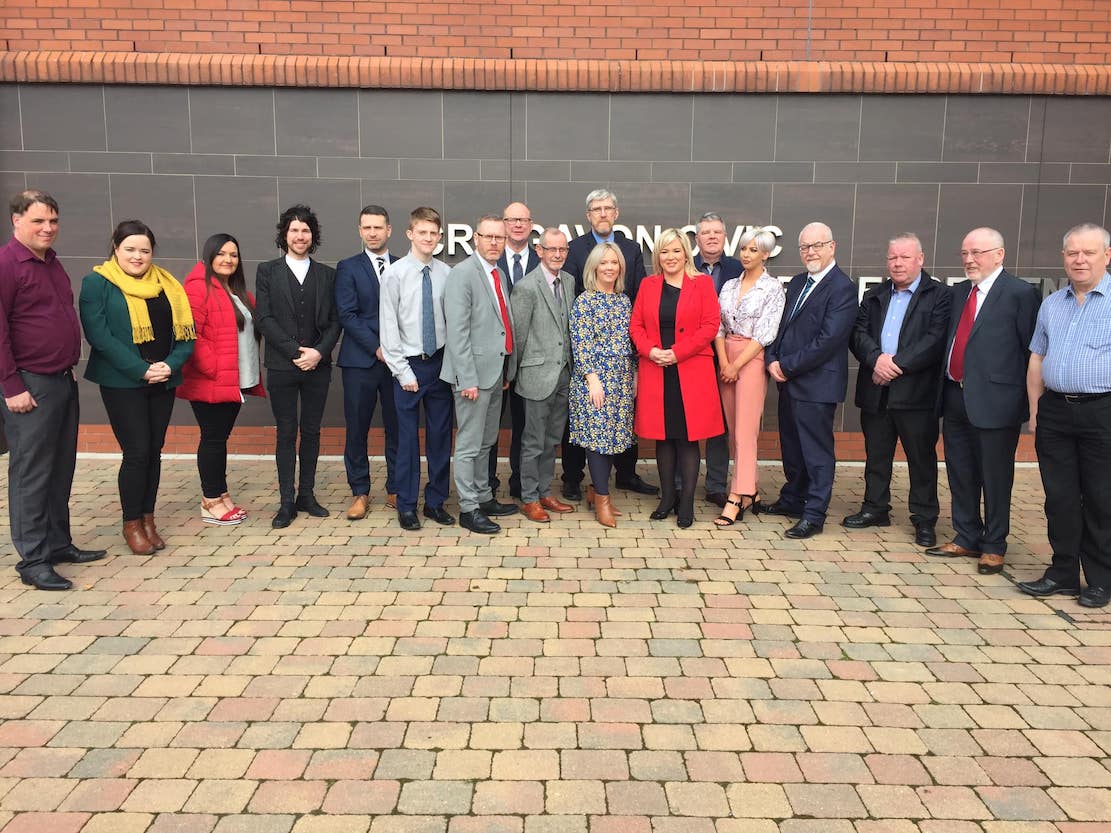 Sinn Féin deputy leader Michelle O’Neill paid a visit to Craigavon on Thursday as party candidates for the upcoming local elections handed in their nomination papers.

Ms O’Neill was joined by MLAs Cathal Boylan and John O’Dowd as the party prepare for polling day on May 2.

Ms O’Neill said: “Today we nominated our candidates for the Armagh, Banbridge and Craigavon Council area; candidates that will be coming to your door to ask for your support.

“Sinn Féin are the only party that can deliver citizens rights locally and also represent you at a national level. So on the 2nd of May, come out and vote for these excellent candidates who will do their very best by you and by our national interest.”

“This local government election comes at a time of unprecedented political instability caused by the continued denial of rights and democracy in the north by the DUP and British government, and the Brexit catastrophe being driven by their toxic alliance.”

Mr O’Dowd concluded: “On 2nd May, the electorate in the Armagh City, Banbridge and Craigavon Council area will have an opportunity to elect an unprecedented number of Sinn Féin councillors, and once again drive forward the momentum for political change in our society.”