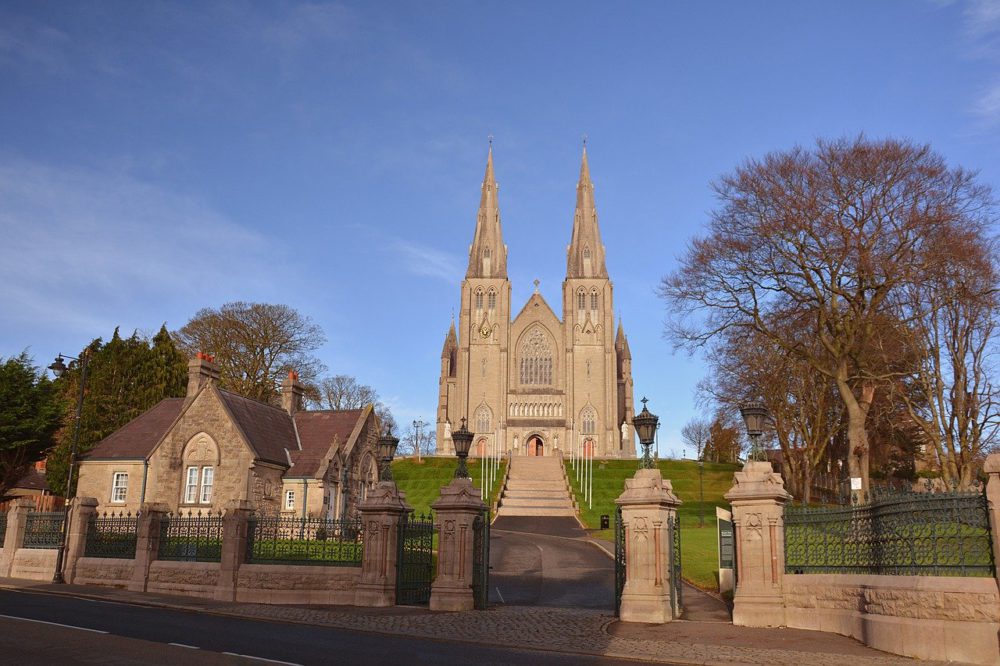 The crescendo of music which once echoed across the walls of St Patrick’s Cathedral, produced under the expert hands of the talented organist Baron Geroge Minne, today makes way for the tolling of the bell following his sad passing.

Armagh Parish led tributes to a man honoured for his contribution to the musical life of the Cathedral by the late Pope John Paul II.

George, who was in his late 90s, was organist incumbent of St Patrick’s Cathedral, Armagh since 1959, until his retirement in 2005 – only the Cathedral’s second organist since 1904!

He is mourned by his loving wife, Jeannie, sons Joris and Patrick, daughters Carine and Sheelagh, sister Terese and his five grandchildren.

Very sorry to say our dad died this morning, peacefully at home in Armagh. pic.twitter.com/jX2PbYDfLY

Paying tribute, Armagh Parish wrote: “A native of Ghent in Belgium, who came of an honoured family of artists and sculptors and a prizewinning organ student at the Conservatoire de Musique, Baron Minne was the last of a second generation of Belgian organists to arrive in Ireland.

“In 1952, he was appointed organist and choirmaster in Roscrea and in 1956, moved to the parish of Kilrush after a short spell teaching in Stonyhurst, England. George with his wife Jeannie and his young family left the diocese of Killaloe in 1959 for the position of Organist in St. Patrick’s Cathedral, Armagh where he inherited a rich tradition of sacred music.

“Apart from his duties as organist and choirmaster in the Cathedral and teaching positions in St. Patricks Grammar School and St. Catherine’s College, George was in high demand as an organ recitalist across the country.

“It was through national radio broadcasts of George’s recitals that enabled his playing to reach such a wide audience and exposed many for the first time to continental organ repertoire.

“Until his retirement as Cathedral Organist in 2005, Baron Minne played at all major liturgical events and was honoured by His Holiness, Pope John Paul II, being awarded the ‘Pro Ecclesia et Pontifice’ medal in October 2004, in recognition of his outstanding contribution to the musical life of the Cathedral.