Relic of St Teresa of Calcutta to visit Armagh next month

The relic will arrive on Thursday, June 8 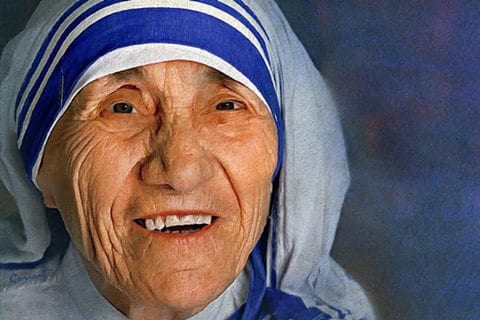 The Relic of St Teresa of Calcutta will visit Armagh next month.

The relic was venerated following Mother Teresa’s canonisation in September last year – 19 years after her death.

The visit will take place on Thursday, June 8 at St Patrick’s Cathedral in the city.

St Teresa was born in Skopje (now the Republic of Macedonia). After living in Macedonia for eighteen years, she moved to Ireland and then to India, where she lived for most of her life.

In 1950, she founded the Missionaries of Charity, a religious congregation which had over 4,500 sisters and are active in 133 countries.

Members of the congregation take vows of chastity, poverty and obedience also profess a fourth vow, to give “wholeheartedly free service to the poorest of the poor”.

During her life, St Teresa of Calcutta received a number of honours. She was canonised (recognised by the Church as a saint) on 4 September 2016 and the anniversary of her death (5 September) is her feast day.

She’s revered for her work with the poor in India and Pope Francis said: “She defended the unborn, the sick and abandoned and had shamed world leaders for the crimes of poverty they themselves created.”

Two apparent cures of sick people after her death in 1997 have been attributed to her intercession.

On the day of her Canonisation, Pope Francis said: “St Teresa of Calcutta had spent her whole life bowing down before those who were spent, left to die on the side of the road, seeing in them their God given dignity.”