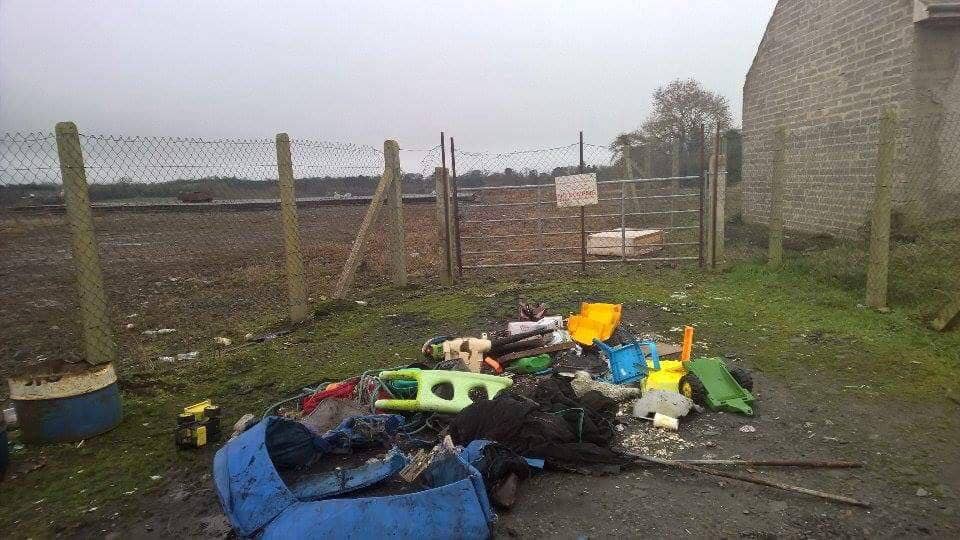 Ratepayers will once again be forced to foot the bill for cleaning up after yet more flytipping on our doorstep.

General rubbish and debris – including unwanted children’s toys – were dumped in a gateway along the side of the Stormy Hill, linking the Rock Road and Monaghan Road, over the weekend.

The rubbish has clearly been unloaded from a passing vehicle, most likely under the cover of darkness.

A local woman spotted the mess – left in front of a ‘no dumping’ sign – on Sunday morning when out for a walk.

It once again shows the total disregard some have for the countryside. Rather than take it and dispose of it properly, this waste will have to be cleared away and the ratepayers will have to cover the cost.

It is the latest in a long line of incidents of illegal dumping in the area.

Just this week Armagh I reported on several instances where tyres had been dumped along the side of the Moy Road, as well as at Tullysaran and other areas.

All incidents of illegal dumping and flytipping can be reported to the environmental health department of Armagh City, Banbridge and Craigavon Borough Council.