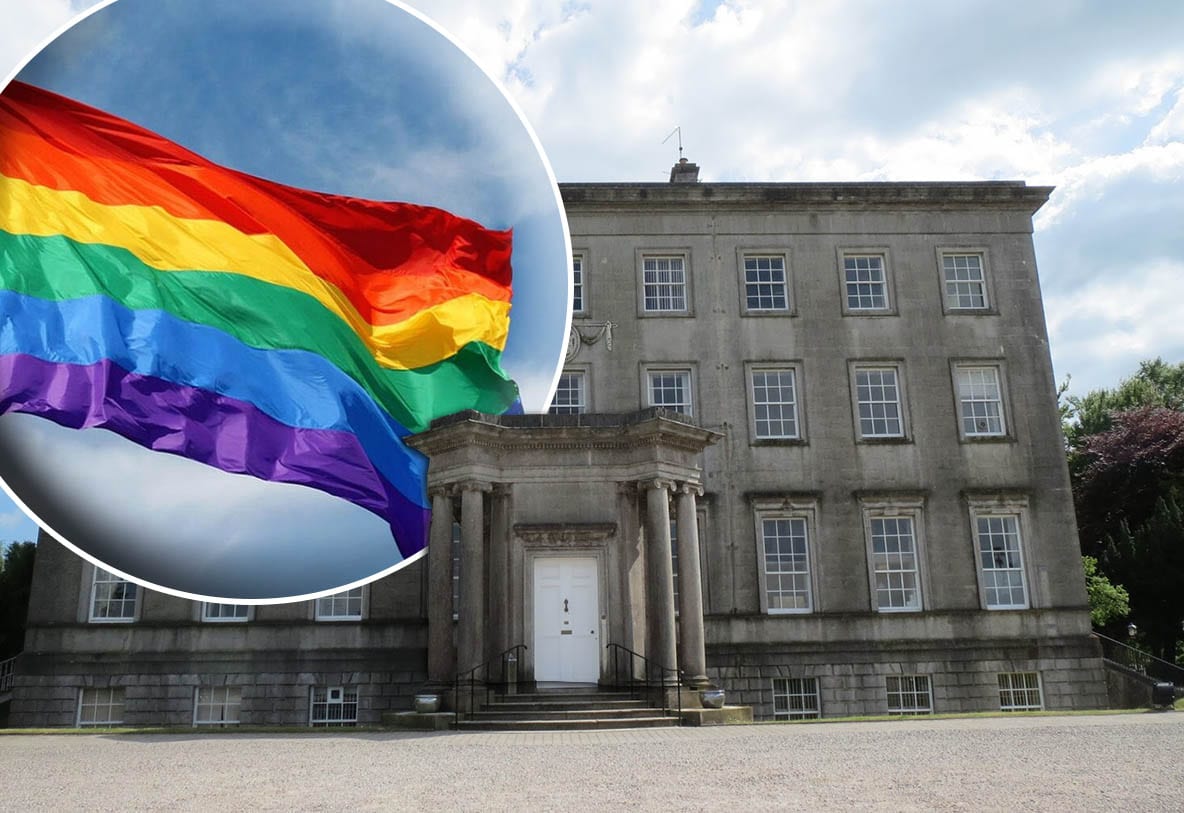 A political tug-of-war ensued in Council chambers on Tuesday night as Sinn Fein and DUP went head-to-head on a number of issues.

Following a summer hiatus, a full sitting of the ABC Council took place in Craigavon’s Civic Centre, with legal advice around the controversial Pride flag motion, presented to all parties.

Despite winning a narrow majority on the night, the decision was ‘called-in’ by the DUP who sought legal advice on the matter.

Sinn Féin councillor Darren McNally, who brought the original motion forward, said the DUP call-in was devoid of merit and nothing more that “a time-wasting exercise”.

“At last night’s meeting of the full council legal advice was given to members on the flying of the Rainbow flag,” he explained.

“The legal advice demonstrates clearly that the call-in was devoid of merit, a time-wasting exercise by the DUP.

“Flying the Rainbow flag had the potential to hurt, damage and offend no one. It was not contrary to current policies. Flying it would have had no adverse impact on other communities.

“The DUP’s sole intention in enacting this call-in was to block the flying of the Rainbow flag.

“This offensive stunt owed everything to the DUP’s continued denial of rights to our LGBT community and symptomatic of its denial of language rights, marriage rights, women’s rights and the rights of victims of the conflict, rights enjoyed by citizens in council areas right across these islands.

“In calling the motion in the DUP rolled us back from a progressive step. They denied our LGBTQ+ citizens a gesture of support and solidarity.

“We will be bringing forward a motion to ensure the Pride Flag flies proudly from our civic buildings next year.”

“The legal advice was abundantly clear that procedure hadn’t been followed and no equality impact assessment could be carried out in terms of flying a flag other than the national flag from official council flag poles,” said councillor Baxter.

He added: “This was no fault of officers in Council but rather the political stunt from Sinn Fein in bringing such an ill-prepared motion to the floor with virtually no notice, a point which also emphasised in the legal advice.

“Simply, as we stated quite clearly from the outset, due process was not followed and frankly councillor Mackle would be better served urging his party to end their boycott of Stormont and dealing with real issues instead of using minority groups in some vain attempt to garner votes.

“In addition councillor Mackle should reflect on his aggressive behaviour last night when the legal advice was presented; to shout across the chamber using abusive language directed at our party is not befitting of an elected representative.”