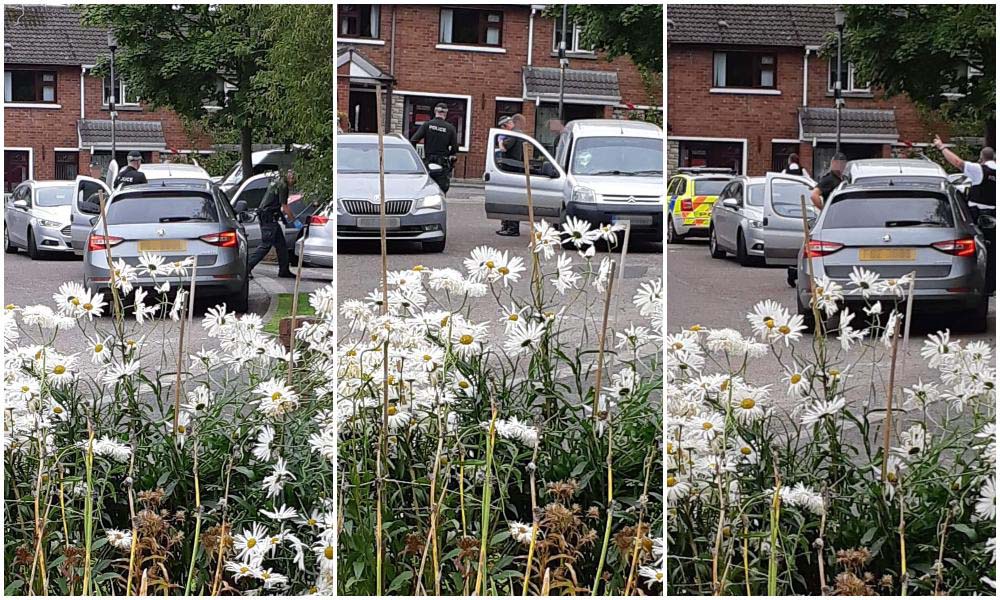 Police are continuing to look for a man who made off on foot after being stopped by officers in a quiet Armagh cul-de-sac.

The driver of a silver van – with southern registration plates – was pulled over for seemingly using a mobile phone, however, residents of Cathedrals View reported over half an hour’s worth of commotion before one of the two men in the van made off on foot.

A police spokesperson told Armagh I a van was stopped in the Cathedrals View area of the city around 11.30am on Saturday morning on suspicion of the driver using a mobile phone.

“When officers attempted to arrest the male, he made off from the scene,” added the spokesperson. “The vehicle was seized for no insurance. Enquiries are continuing to locate him.”

Residents told Armagh I there was a lot of shouting with the van reportedly having its windscreen smashed.

One eye-witness said the driver of the van also appeared to have been sprayed, with one officer heard shouting: “Don’t rub your eyes, you’ve been sprayed”.

“The sprayed fella walked up the street towards the Dalton area with both officers and a second lad following. He didn’t reappear after that,” she said.

“The second fella walked off towards the top of Dalton while the first two officers in green polo shirts started to look around the van.

“Within a few minutes multiple PSNI officers in marked and unmarked cars arrived with one armed officer patrolling up and down.”

The woman added: “It was all over within 45 minutes but I must say the police did a great job getting the situation under control with reasonable and minimal disruption.”