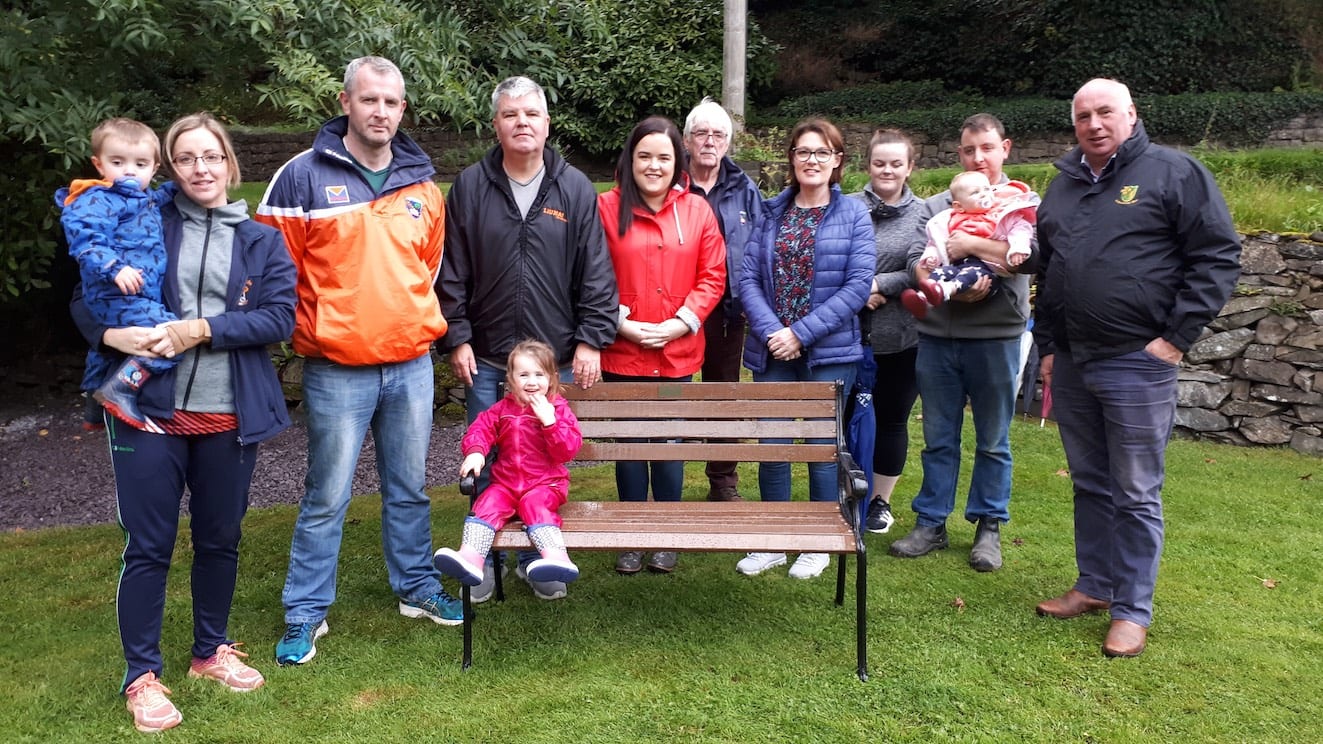 A poignant riverbank ceremony in Tassagh was held to mark ‘World Suicide Prevention Day’ on September 10.

The reflective ceremony was held along the River Callan with a garden bench made by members of the Newtownhamilton Men’s Shed dedicated to the memory of all those who have lost their lives through suicide.

Sinn Féin Councillor Bróna Haughey spokeof the terrible impact of suicide on families who had lost loved ones.

The Cusher elected representative said: “One person a day died by suicide in Ireland last year. Globally, one person takes their own life every 40 seconds.

“Suicide has a devastating effect on any community, especially one as small and close-knit as Tassagh and the wider Armagh region.

“It is vital that we all join together to stop suicide. It is only through collaborative work that we can better communicate and raise awareness to avert a suicide attempt.

“What we need to remember is that anyone can have suicidal thoughts. Talking about suicide doesn’t cause people to kill themselves, but not talking about it might.”

Bróna extended the thanks of all involved to Patsy Nugent in whose scenic riverside gardens along the Callan the Seat is placed and his colleagues in the Newtownhamilton Men’s Shed for their input into the Memorial.

Newry and Armagh MLA Cathal Boylan, who also attended the event, commented on the publication of the Protection Life 2 Suicide Prevention Strategy.

“The publication of the Protect Life 2 strategy is a positive step. Suicide has a devastating impact on families and communities,” said Mr Boylan.

“The Health Trusts are working towards a zero suicide approach and the rolling out of street triage and crisis de-escalation programmes.

“The focus should now be on the full implementation of the strategy and the delivery of services in partnership with communities and support organisations.”