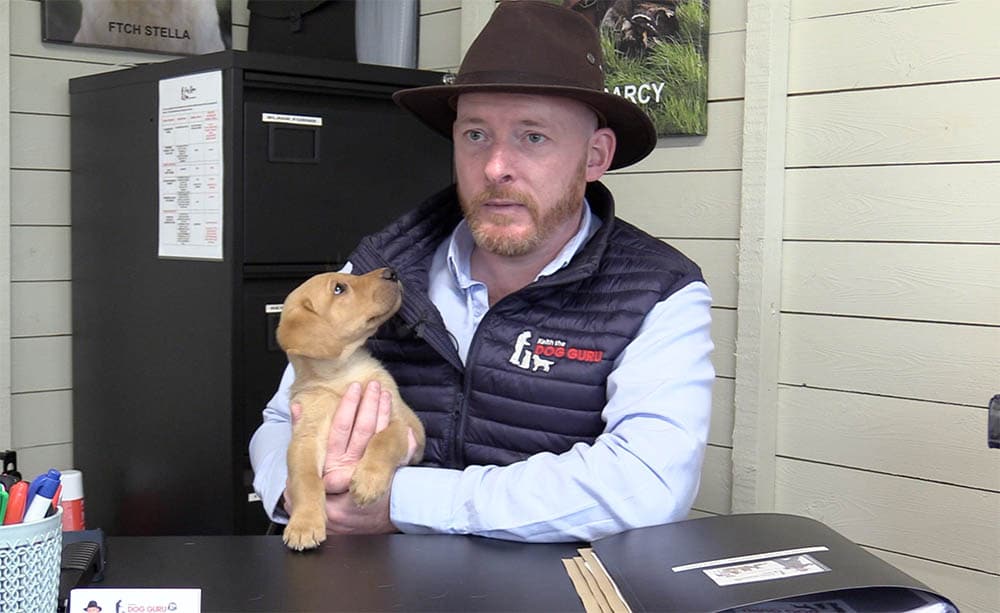 “I’ve heard you help people with horse problems,” says Kristen Scott Thomas’ character in the film ‘The Horse Whisperer,’ to which Robert Redford’s character replies: “Truth is, I help horses with people problems.”

And that pretty much sums up this week’s Armagh I podcast guest, Keith Mathews – albeit with a different species of animal.

Keith, or, ‘The Dog Guru’, as he is most famously known, has worked his magic with our favourite pets for over 25 years.

He is one of the most sought after dog trainers and behaviourists in the world – and the Armagh man wouldn’t wish for any other career.

It all began for Keith in a field at his house where, as a child, he discovered his innate gift for understanding dog behaviour and his ability to train the family dogs.

He read and studied everything he could find about dog psychology and put it into practice, to coincide with his natural affinity with the dogs in his care.

Keith’s reputation grew through word of mouth, with people coming from far and wide seeking his services as a dog trainer.

Soon the BBC came calling and Keith lent his expertise to the most challenging dog behaviour on the TV show, ‘Good Dog Bad Dog’ along with appearances on ‘The One Show’ as a canine expert.

He brought with him his trademark Tilley hat, the Dog Guru brand was born, and the rest, as they say, is history.

Today Keith breeds generation after generation of champion Copperbirch Labradors, and continues to train dogs for individuals and professional trainers around the UK and Europe.

He sells out venues where dog owners and potential dog owners seek his advice.

His ‘Calmness Leads to Reward’ and ‘Retriever Training – Guru style’ educational programmes are renowned for their success across the globe.

Keith’s love of dogs is evident from the moment we sit down, with one of his puppies on his lap.

‘Mr Pink’ stares adoringly up at his master – until he gets bored and starts chewing on the mic and is laughingly removed.
Keith tells us all about his successful career to date.

How putting the right dog with the right owner is key – it’s all about personalities.

He talks about the common mistakes people make when it comes to their pooches.

The effect lockdown has had on dogs stress levels and behaviours.

Keith speaks with obvious devotion about man’s best friend. And explains his motto, ‘Why make the sky your limit when you can reach for the stars.’