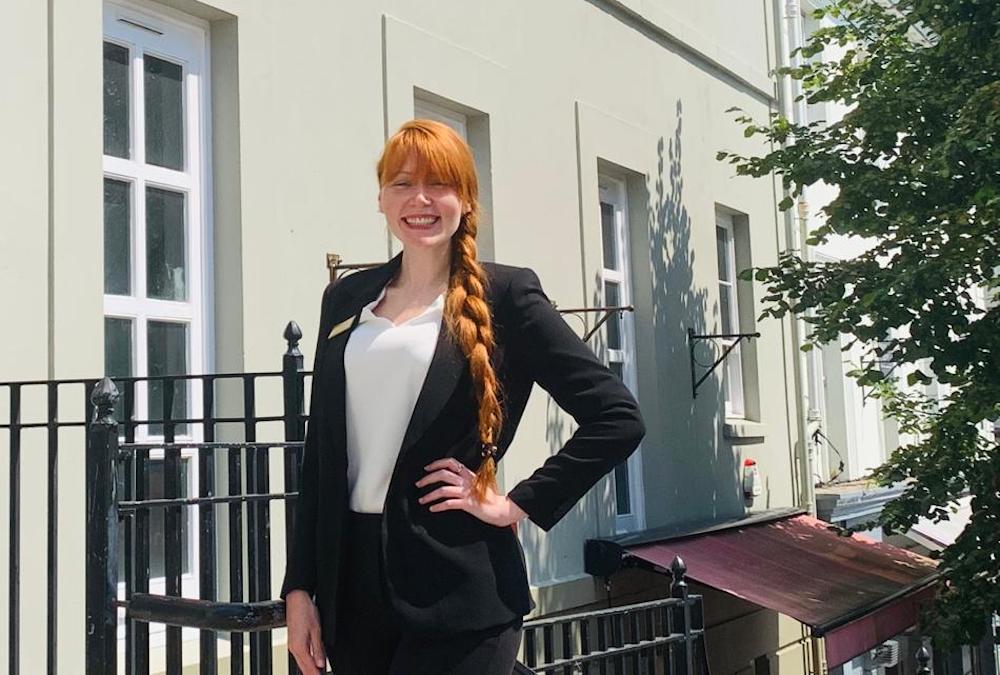 Gemma Winchester was born and raised in Singapore until she was 15-years-old and then she moved to Australia – although most of her 15 years there was spent travelling the world by sea or air.

But two things brought the newly-appointed general manager of Armagh Omniplex to our shores – one sad, the other happy.

Gemma’s younger brother has Down’s Syndrome. He lived with their mother in Bournemouth and because of his condition they discovered he wasn’t allowed to move to Australia to join the rest of the family.

Rightly outraged, Gemma decided to leave Oz and move somewhere in the UK so the family could be together. She stuck a pin in a map and it landed on Armagh.

The other reason was a positive one and it involved a boy called Chris from Dublin.

Gemma met Chris when she worked on a Carnival Cruise line. She found that he loved animals like her. Their story is a romantic one.

Gemma certainly had plenty to talk about. She has lived a life even though she’s only 31 years of age.

Gemma credits her regimental upbringing in Singapore and her mother’s advice for her disciplined lifestyle that sees her grab every opportunity that comes her way, and swiftly move on to the next thing when she isn’t challenged anymore.

That attitude has seen Gemma work as an actress, a stunt performer, a wig designer, an Air stewardess, a stand-up comedian and an author.

She’s swum with sharks, worked as a carer and wants to be a palaeontologist next – as well as setting up an animal shelter.

For this week’s podcast, Gemma tells us all about her jam-packed life, including her pet, Monkey, a three-legged Chiwawa who survived a dog-fighting arena where he was found barely alive and is now a legend in Kildare where Chris lives.

And her pig Hamlet who was also rescued from a horrible existence. Gemma says she wants ‘the ones that aren’t wanted.’