Podcast: Paddy and Philippa McShane – the Armagh husband and wife team on ups and downs of 25 years in business 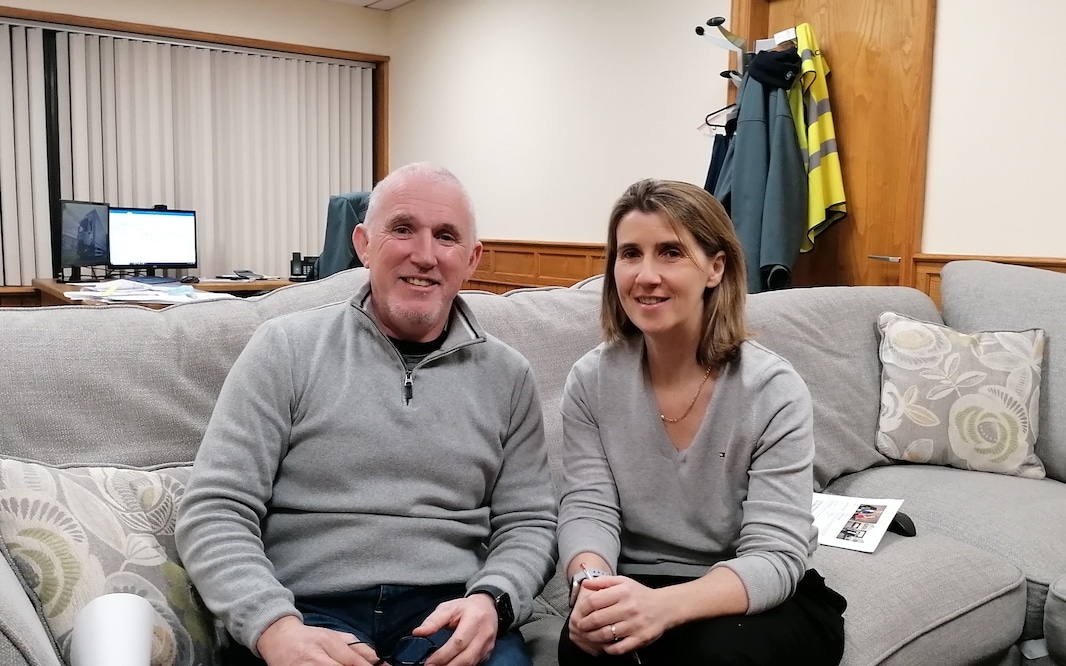 Nerves of steel, unwavering self-belief, knowing your product and having good people around you, are the base ingredients for growing a successful business according to a couple who know exactly what they’re talking about.

Paddy had a background in sales. His wife Philippa says, ‘he could sell snow to the Eskimos.’

She was working in Belfast in the early years but joined Paddy after the birth of their second child and with her business acumen, a perfect partnership was born.

Paddy started in the business of selling chemicals and sundries to the local mushroom industry but the McShane’s bravely invested in machinery, technology and expertise, resulting in developing recyclable plastic packaging to coincide with their customers needs.

They were five years ahead of their competitors when they began forming polypropylene in place of polystyrene and with a further £4m investment in technology in 2014 the business continued to expand.

Today McShane Packaging is at a point where they are crying out for staff.

The company sells to the Irish, UK, EU and even South American markets. The factory at Aghanore Road has undergone extensive improvements over the years.

They opened another premises on Cathedral Road and this is where we meet for Armagh I’s podcast, proudly sponsored by Blackhill Energy, while a 1.2 million pound development is just getting underway at the other site, 25 years to the day when Paddy started the business from scratch.

It’s been one hell of a ride for Paddy and Philippa as they celebrate the milestone with business booming despite the pandemic and Brexit.

It wasn’t always so however. They’ve been on the brink of bankruptcy – one of their lowest points coming amid the recession in 2009 when the bank refused to honour a cheque for £13.

Philippa says she has no shame in telling that story. They got through it, and the business took off after that.

Philippa and Paddy share their story with Armagh I, including how working together as husband and wife works. And they finish with a plea for anyone interested in working for them to get in touch.