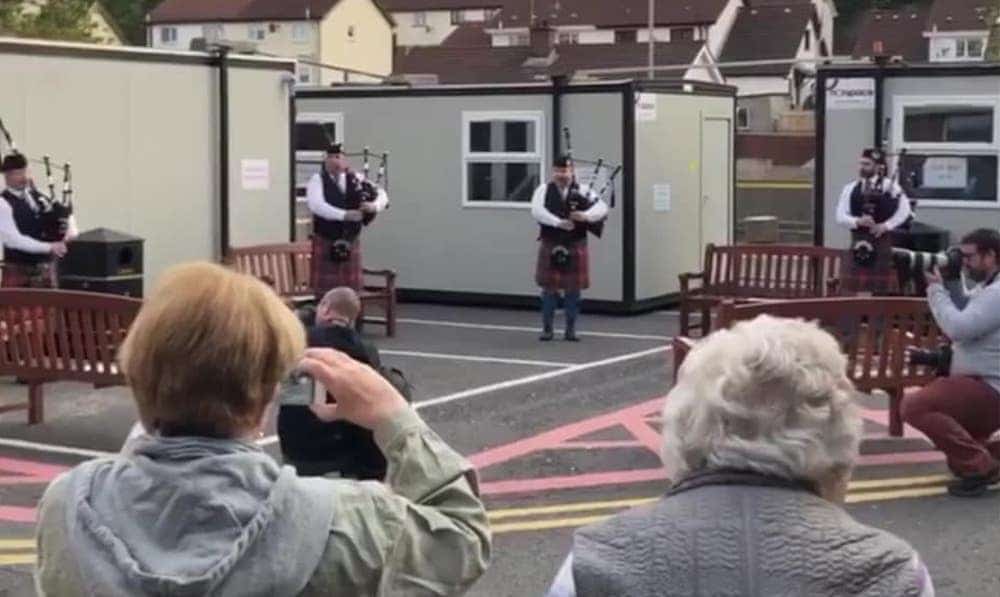 Members of Bessbrook Crimson Arrow Pipe Band will be out again this Thursday to pay a special musical tribute to coincide with this week’s ‘Clap for our Carers’ event.

This time they will turn their attentions to local nursing and care facilities.

They will be visiting Hockley Nursing Home in Armagh at 7.45pm before travelling the short distance to the Meadows Care Home in Richhill for 8.15pm.

The band – represented by six pipers – were applauded by staff at Daisy Hill as they piped outside the Newry hospital last Thursday.

Local bus drivers also made their own special tribute to the staff at Daisy Hill by driving past in procession.

A spokesperson for Bessbrook Crimson Arrow Pipe Band said they had greatly appreciated the public response from what they had done.

He told Armagh I : “It was a very humbling experience and the reception we received has been fantastic.

“The comments, shares and reaction from everyone has been felt by all in the band.”

He said it had been a chance to “put the focus on Daisy Hill Hospital and the fantastic work they do” when on “previous weeks the focus was on Craigavon Area Hospital and rightfully so”.

“The focus on Daisy Hill Hospital was complete with the Translink cavalcade after the band finished playing,” he added.

A number of pieces will be selected to be played at this week’s visit to Hockley and Meadows Care Home.