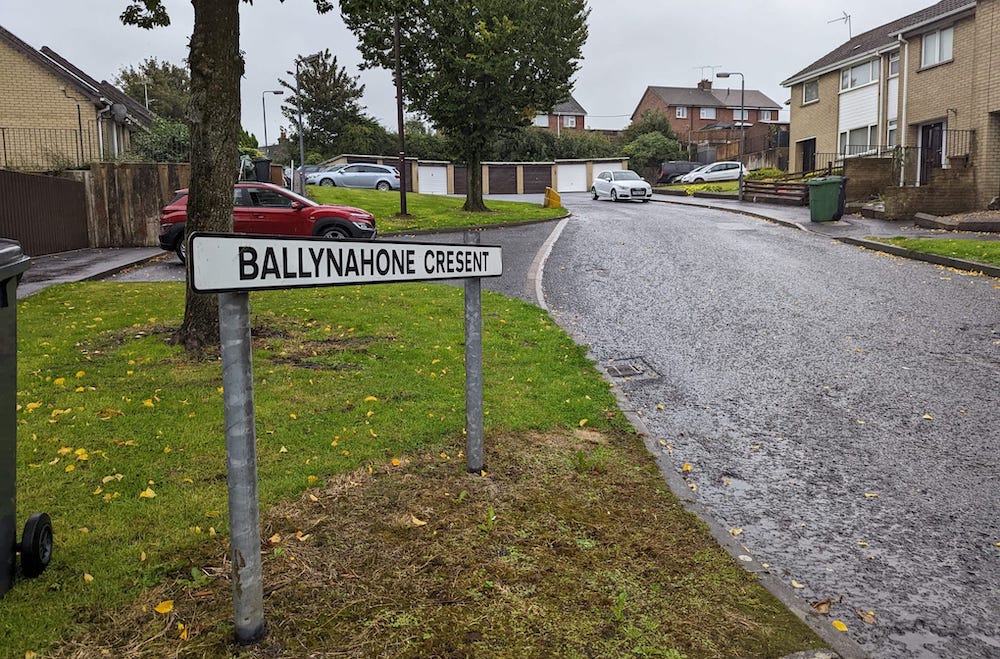 Petrol bombs were thrown at an Armagh house last night (Thursday) with three people inside at the time.

Detectives are appealing for information following a report of petrol bombs being thrown at a house at Ballynahone Crescent.

Detective Sergeant Stewart said: “Police received the report at approximately 11pm and attended the scene, where it was discovered that the front door of the property was on fire.

“Colleagues from the Northern Ireland Fire and Rescue Service managed to extinguish the blaze.

“Three people were reported to have been inside the house at the time of the incident. Colleagues from the Northern Ireland Ambulance Service attended as a precaution, however, there were no reports of any injuries.

“Our enquiries into this incident are continuing, and we are appealing for anyone who saw any suspicious activity in the area, or who may have any information which could assist us, to call 101 and quote reference number 2055 of 29/09/22.”

Alternatively, information can also be provided to Crimestoppers anonymously on 0800 555 111 or online at http://crimestoppers-uk.org/.

A NI Fire and Rescue spokesperson confirmed two fire appliances from Armagh one from Keady attended the incident.

The spokesperson said: “Firefighters were called to a fire at a property late last night. Firefighters wearing breathing apparatus, used two hole reels to extinguish the fire. Three casualties were lead to safety by firefighters and left in the care of the Northern Ireland Ambulance Service.

“The incident was dealt with by 12.10am and the cause of the fire is being treated as deliberate ignition at this time.”