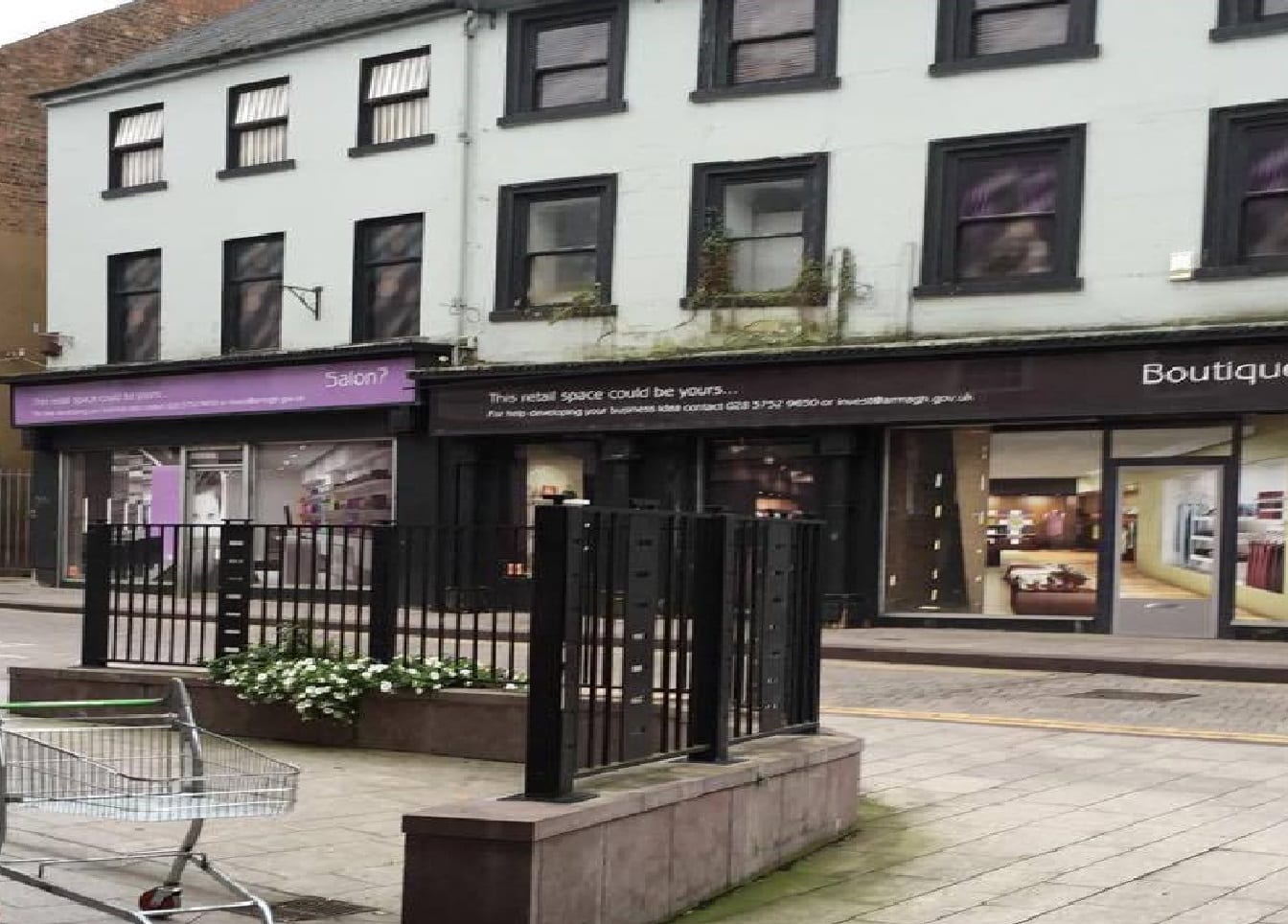 A proposal to build two new retail units on the site of a derelict store in Armagh city centre are to be recommended for approval.

A number of issues had arisen in relation to a planning application for the former Wright’s Soft Furnishings outlet at English Street.

But it is understood that these have now been resolved.

Planning officials have been carefully considering the proposals since the application was submitted 10 weeks ago.

They have sought the views of the relevant statutory agencies as part of that process.

The site lies within the Armagh city centre Conservation Area.

Among the consultations which have taken place, therefore, has been with the Historic Environment Division on the Department for Communities. It has indicated that the “proposal is satisfactory”, while Environmental Health has also raised no objections.

It was originally thought that it would be the New Year before a recommendation came through.

Planning officials will recommend that the development – which also includes renovations to the first and second floors to provide four new two-bedroom apartments – should be allowed to proceed.

That, of course, will be subject to ratification by councillors.

As Armagh I reported in November, a design and access statement had been submitted to council along with the application.

It pointed to maintaining the old appearance while ensuring the outlets – at Nos 14-16 English Street – wererestored for generations to come.

The Victorian theme is very much to the fore, as the report states: “Armagh has probably the finest collection of 18th and 19th Century doorcases, fanlights and panelled doors of any town in the Province.”

And, while the original doors have been lost, the aluminium-framed specimens which are there would be replaced with replicas of traditional Victorian shop front doors and fanlights also used. Hand crafted and painted, Victorian-style shop signs would be used for each outlet.

Internally, it is intended to retain some features, including a damaged staircase, which would be repaired and restored.

Separate access to the apartments above will be provided too.

Wrights Soft Furnishings was owned by the late Mr Sam Wright, who previously had worked in the House of John M Wilson on the opposite side of the street.

A very popular and successful business, it was part of the fabric of Armagh, where the majority of businesses were indeed family-run.

In actually took up two extensive units as the picture shows; both the units covered with a purple and black sign formed part of the popular store, with the area above used for both storage and residential.

The business – now under the name of Wright Interiors – is owned by Mr Wright’s daughter, Roberta, having relocated some time ago to Russell Street, where there is also the addition of a coffee shop.

The English Street premises, which sit on a ‘corner’ of sorts, are now deteriorating behind two fake fronts.

If councillors agree with the officials’ recommendation, the premises will now be restored, with a taste of the past retained for the future.