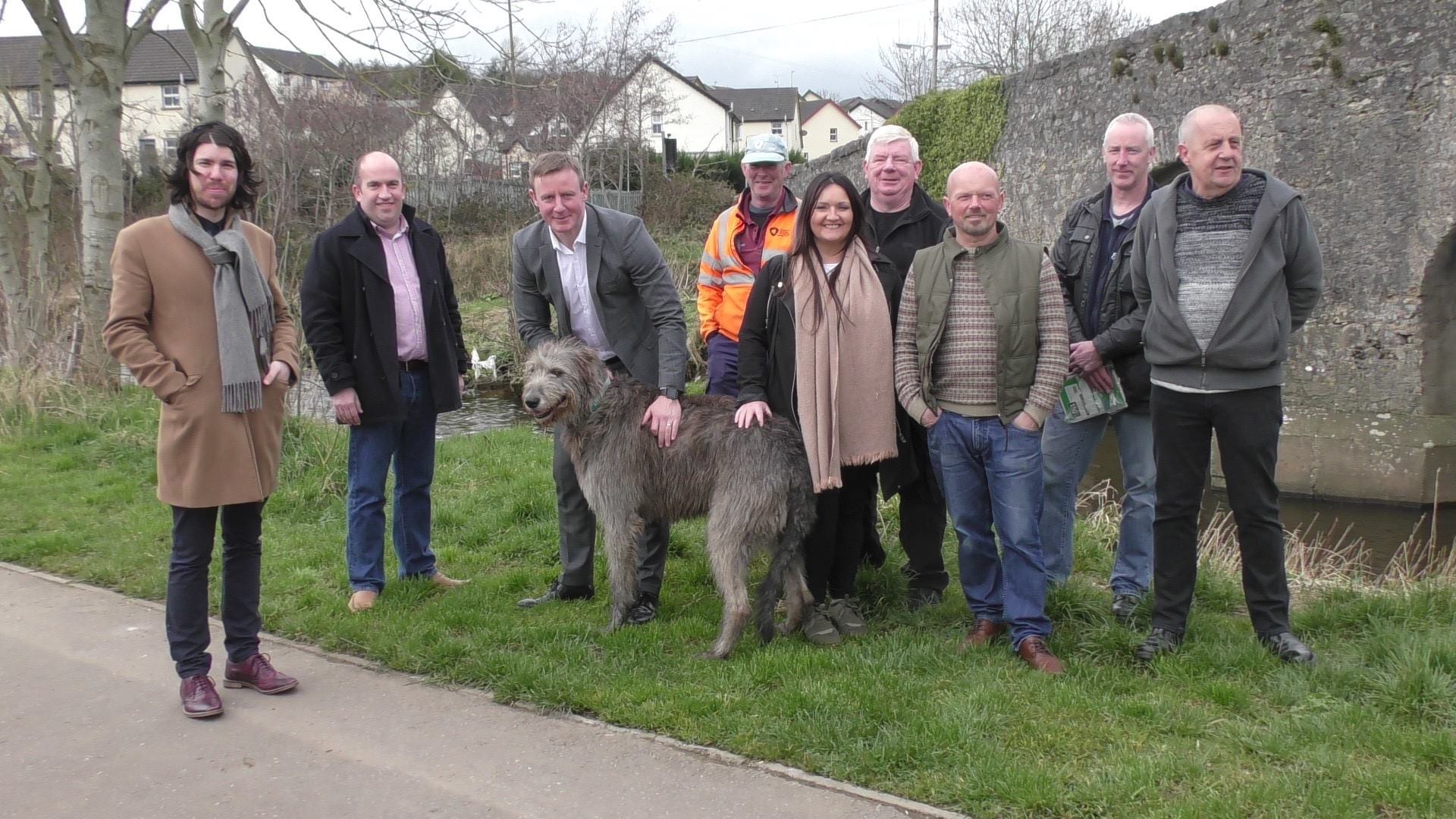 New signage and bins will be a future step on a concerted effort to improve public facilities along the Callan River in Armagh.

The formation of the ‘Friends of the Callan‘ group has seen much already achieved.

Litter picks have taken place but the group is determined to enhance what has been described as a “beautiful resource for the local community”.

Initial works have taken place on the walkway between Killylea Road and the old Callan Bridge by Rivers Agency and Armagh City, Banbridge and Craigavon Borough Council.

And the walkway work has been welcomed by local MLA Justin McNulty.

“In recent years it has become neglected by the statutory authorities,” said the SDLP representative. “It had become overgrown and the river itself is littered with plastics and other pollutants.

“I was approached for assistance by the Friends of the Callan group.  They are a group of dedicated and committed volunteers who want to see the area’s natural habitat protected and the historic significance of the area captured and celebrated.

“I have been very impressed by their energy and their vision and ambition for the area.

“At their request we had made representations to a number of statutory agencies including council and Rivers Agency.  Some initial clean-up works have been carried out by both agencies, however there remains much more to do.

“For their part, the council have carried out initial clean-ups and have repaired fencing and the pedestrian bridge. Rivers Agency have already started clearing some of the banks and clearing blockages along the riverbanks.

“In the months ahead we hope to see new signage and bins placed along the area and maintenance stepped up.

Mr McNulty paid tribute to the Friends of the Callan for their work to date and hailed “their enthusiasm for the area”.

And he added: “I also wish to acknowledge cooperation of both Armagh City, Banbridge and Craigavon Borough Council and the Rivers Agency for their work to date. We are all committed to continue working together in the months ahead as the scheme develops further.”