Cameras were swiftly removed without explanation from anyone 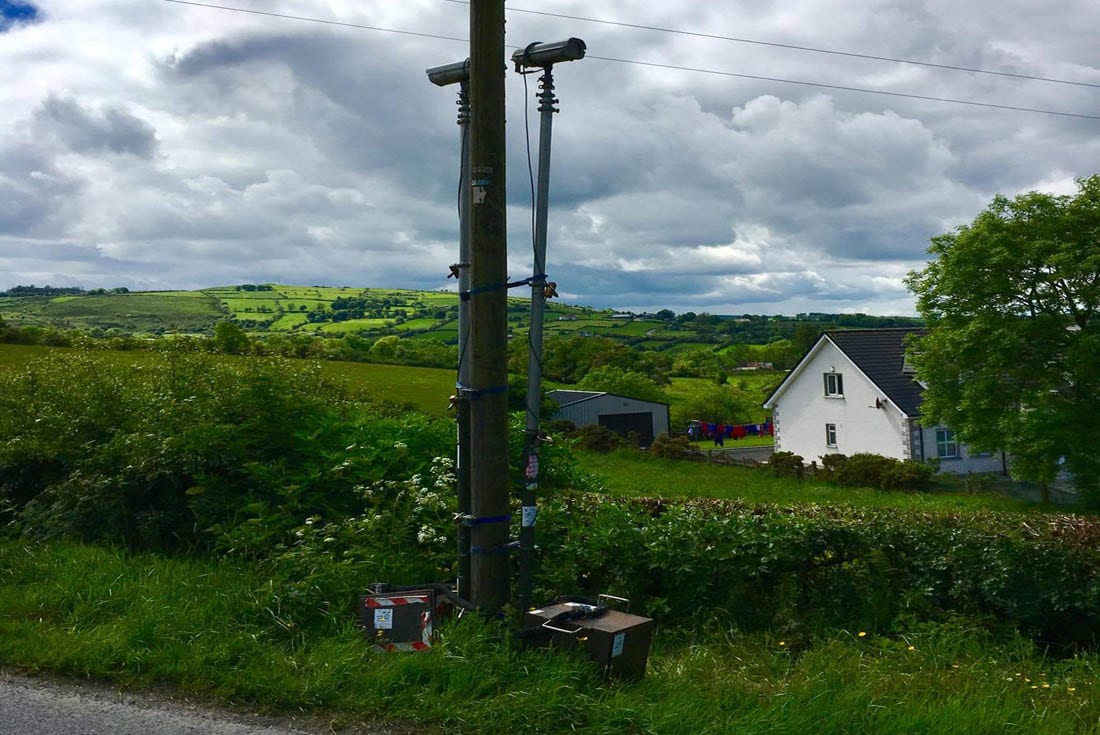 Concerns have been raised after a set of mysterious surveillance-style cameras were erected in Tassagh over the weekend.

The cameras, which were place on the Newtownhamilton Road, were promptly removed when police became aware of their presence.

Councillor Darren McNally made a number of enquiries as to why the cameras were placed at the roadside near Corran crossroads after residents in the area questioned their legitimacy.

Speaking to Armagh I, councillor McNally said there was no explanation from anyone as to why the cameras were there and that a legal two-week notice period should have been observed before they were set-up.

“After this issue was raised with me I contacted the TransportNI section engineer who confirmed that the cameras had nothing to do with them,” explained cllr. McNally.

“They suggested I contact the police, so I got in touch with a neighbourhood officer who said that it had nothing to do with the police either.

“But as soon as they were up, they were down again, possibly at some point on Monday; they were there from at least Saturday morning.”

Cllr. McNally proceeded to contact Council seeking an explanation, however, they claimed no ownership but stated that a legal planning notice would need to have been in place before they could have gone up.

This was not the case in the area.

“It’s a very strange case,” said cllr. McNally. “There were concerns because, not only was there no prior warning, but that the cameras seemed to be looking directly into one property.

“It rightly made the homeowners uneasy.

“I just think it’s important to get to the bottom of this; to get an explanation from someone and if it’s something completely innocent all well and good.”