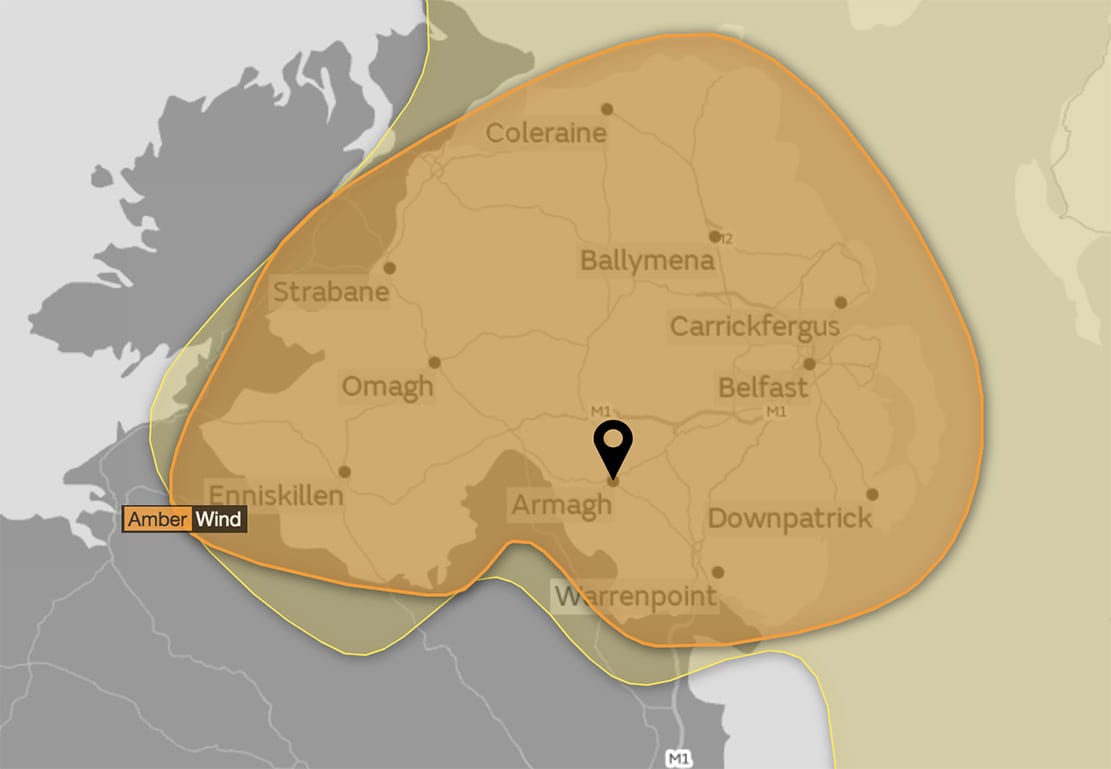 The Met Office has upped its weather warning from yellow to the more serious amber across Northern Ireland tomorrow (Monday) afternoon.

County Armagh will begin to experience high winds and heavy rain from as early as 8am tomorrow, with a yellow warning in place.

However, by 3pm that warning will have increased to amber with the Met Office saying there is a “good chance of power cuts”.

The warning is in place until 10pm.

Gusts of 55-65mph are likely across Northern Ireland with 70-80mph gusts in the far south-east.

A smaller area of very gusty winds is then likely to run across Northern Ireland from the west with 65-75mph gusts possible for a short period of time in any one location.

A Met Office spokesperson said: “A spell of very windy weather is expected on Monday in association with ex-Ophelia.

“Longer journey times and cancellations are likely, as road, rail, air and ferry services may be affected as well as some bridge closures.

“There is a good chance that power cuts may occur, with the potential to affect other services, such as mobile phone coverage.

“Flying debris is likely, such as tiles blown from roofs, as well as large waves around coastal districts with beach material being thrown onto coastal roads, sea fronts and properties.

“This leads to the potential for injuries and danger to life.”