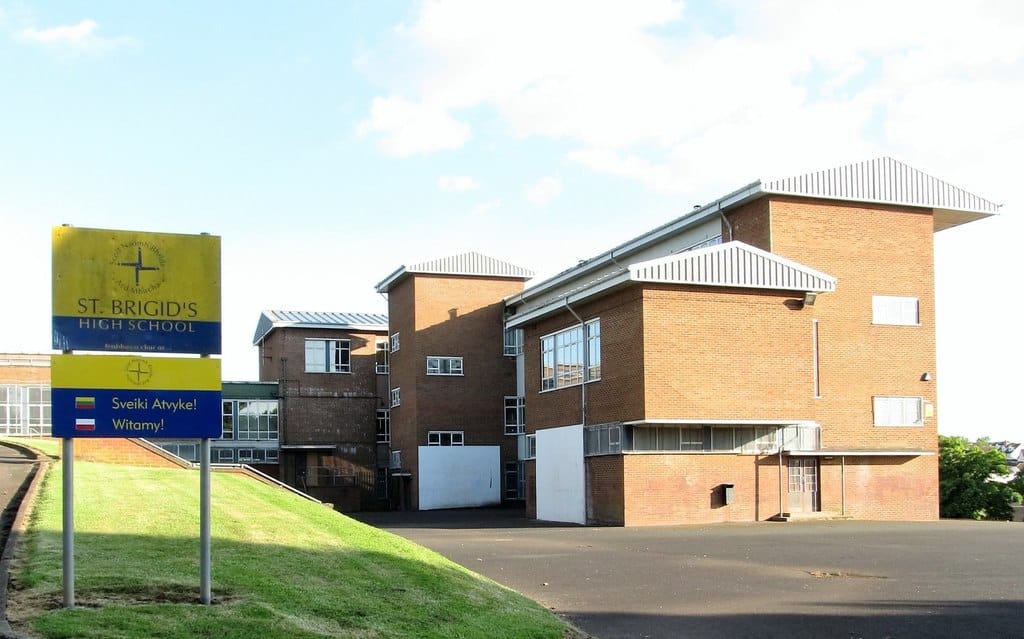 Hoax bomb alerts at a school, racist attacks, IRA arms decommissioning and a historic win for Armagh ladies footballers were among the stories making the local headlines in 2005.

The front page of the September 22 issue of the Armagh Observer carried the headline ‘Hoax device closes school’.

It reported that 300 pupils of St Brigid’s High School in Armagh had a day off when a suspicious package – two cylinders with wires protruding from them – was found taped to the main door.

Army technical experts were called but the package was eventually declared a hoax.

Principal Enda Cullen said he was “bewildered” by the attack while SDLP education spokesperson and MLA Dominic Bradley said people in Armagh were “justifiably angry”.

In Portadown, a house occupied by Eastern Europeans was targeted by petrol bombers. Three male occupants – two Portuguese and one Polish – were asleep when the device was thrown at the front window of the Armagh Road property and exploded in the porch.

None of the men were injured in the incident which followed a similar attack the previous week on the home of a group of Latvians in the town’s Craigwell Avenue.

Meanwhile, the all-clear was given for a new £1.7million fire station in the grounds of St Luke’s Hospital in Armagh to replace the outdated base at English Street.

Public safety minister Shaun Woodward said the new station would not only enable firefighters to respond more quickly to calls but would provide a modern base for training and community fire safety advice.

The sports section included a tribute to publican and farmer Basil Sheils who “inspired a whole generation of road bowlers”.

The Tassagh man, who died on September 11 at the age of almost 90, was described as “hugely popular and highly respected” and a man who had “endeared himself to people of all denominations and political persuasions”.

It noted he was “one of the best of his era in the skilful art of bullet throwing” and was still bowling the roads for pleasure will into his 70s.

The following week’s front page led with the headline ‘Mixed reaction to IRA’s decommissioning’ after the announcement by General John de Chastelain that the organisation had completed the decommissioning of its arms and explosives.

The DUP condemned it as “a stunt and a conspiracy” between the British and Irish governments and the IRA while “some nationalists were somewhat pessimistic that vulnerable communities will be left without protection from loyalist attacks, given the fact that all the loyalist organisations still retain their arms,” the report added.

Archbishop of Armagh and Primate of all Ireland Robin Eames described the decommissioning as a “massive step”.

“For all of us it can become a major step towards a peaceful and just society if it heralds the end of all criminality and violence in future. Ultimately, all paramilitary weapons must be placed beyond use,” he said.

The October 6 issue carried the history-making win for Armagh ladies’ GAA team who beat Sligo in Croke Park to lift their first ever All-Ireland Championship title in Croke Park.

Sports reporter Joe McManus pointed out the team had a strong link with the 1997 squad that reached the All-Ireland final, with Paddy Moriarty, Noel Marley and Brian McAlinden all having daughters on the panel.

Meanwhile, the paper also reported that a Co Armagh man kidnapped in Nigeria had been rescued by police who stormed the house where he and a colleague were being held.

Michael Coe who worked for Canadian oil company Pan Ocean, was snatched by militants from a car and held for 16 hours  in a house in a swamp before being rescued following a gun battle.

Mr Coe told the kidnappers he was Irish because he was aware of a militant threat issued against Britons the previous month.

It was understood a ransom of £2.18 million was sought by the kidnappers.