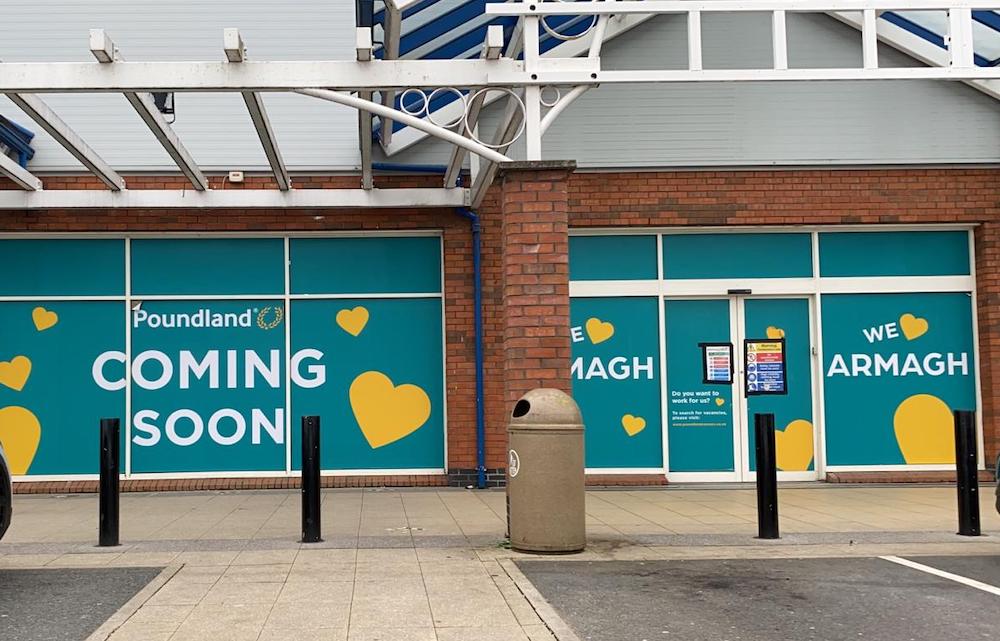 It’s welcome news for the Moy Road park, which has suffered numerous high profile closures recently, notably in the shape of Halfords last month, and the aforementioned Argos, with confirmation it was not to re-open coming just before Christmas.

It will be the first dedicated discount store in the park since Poundstretcher – which replaced Poundworld – left 2020, having opened its doors in 2018.

It is understood the store will begin trading to the public shortly after Easter, with recruitment already well underway for a new shop manager.

At least a dozen new jobs are expected as a result, which will be a welcome boost to the city, amid the ongoing pandemic.

Poundland recently announced ‘Operation Springback’ with the re-awakening four of its hibernating Northern Ireland stores, one of which is based in the Buttercrane Shopping Centre, Newry.

The new Armagh store also follows the opening of a second store in Dungannon, at The Oaks Shopping Centre, in December.

Poundland, which sells mostly items at the single price of £1, including clearance items and proprietary brands, opened its first store in Burton Upon Trent in 1990, but it wasn’t until 2009 it made its way across to Northern Ireland.