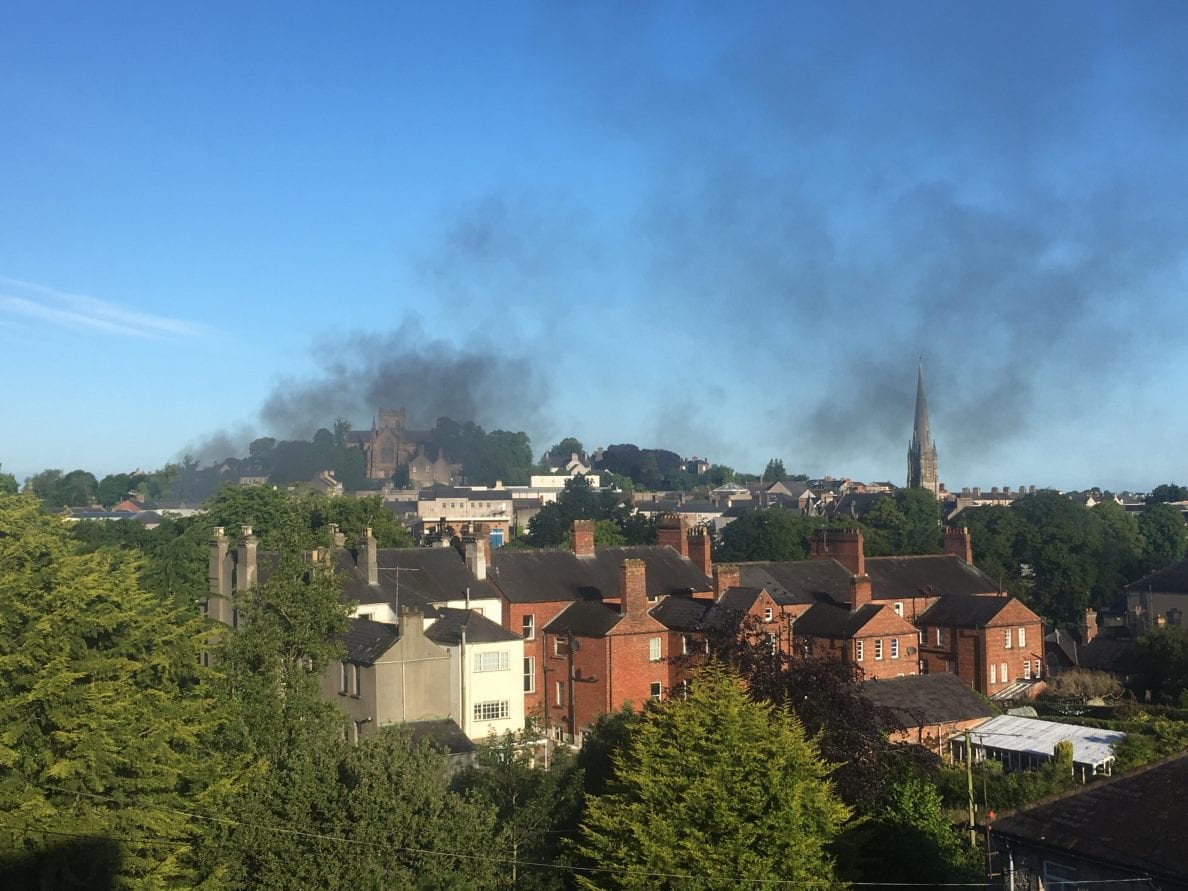 Fire services are currently attending the scene of a fire in Armagh city.

A lorry is alight at Mall East.

Nearby residents spoke of being awakened to the sounds of loud bangs after the fire broke out shortly before 7am.

Fire crews were called to the scene which is outside a row of mixed residential and office properties.

The cause of the fire is not known at this stage.

There is potential for delays in the area.

Huge plumes of smoke can be seen right across the city this morning.

More details on this story when they are made available.