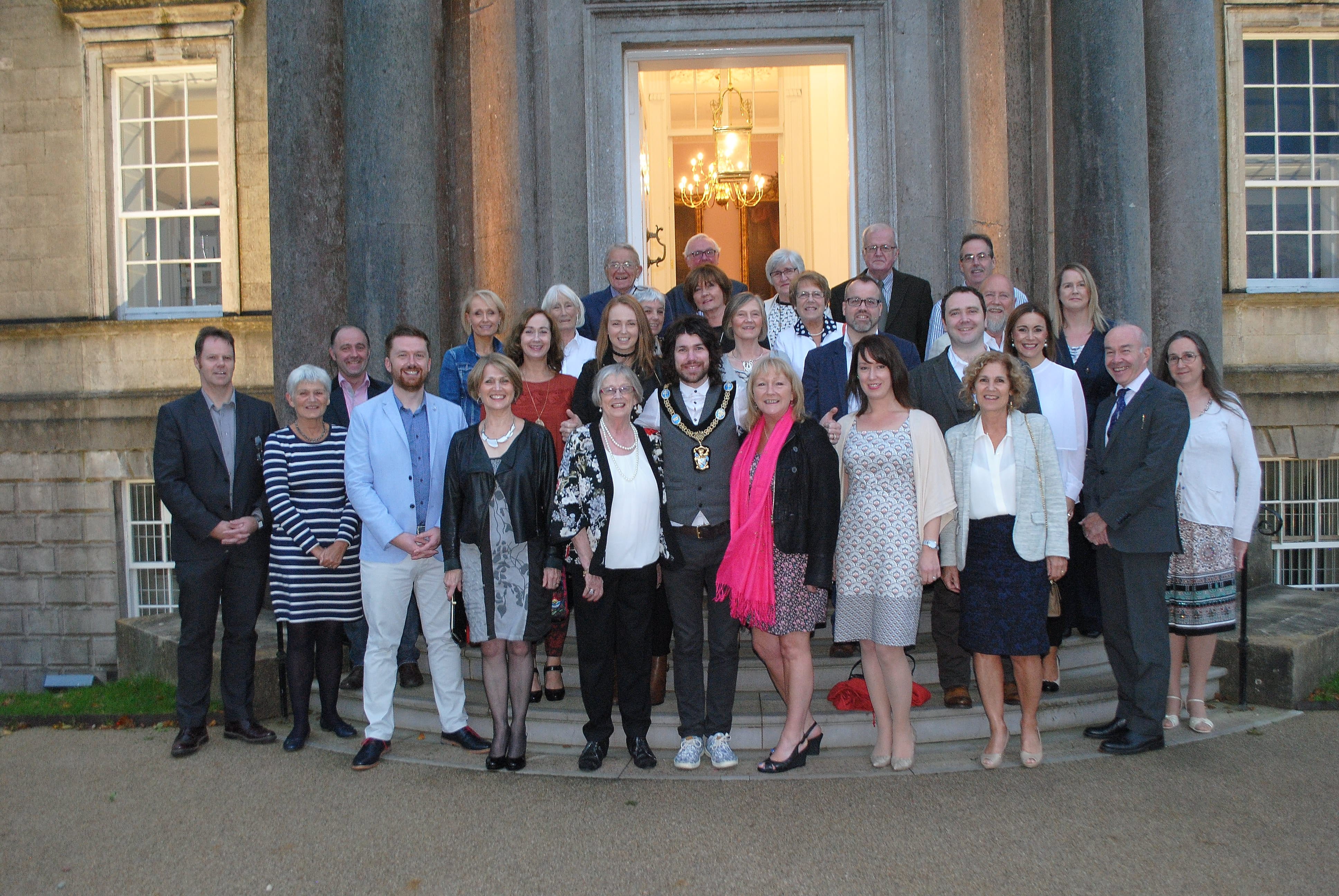 Armagh Theatre Group have been driving force for the arts in the city and beyond for 50 years now.

And the golden occasion has been marked by a special reception, hosted by Lord Mayor Garath Keating, at the Palace.

Formed in 1966, the group’s make-up may have changed over the years.

But what has never changed has been the members’ commitment to bringing drama and entertainment to the good people of Armagh.

And this they continue to do, although now they have their own permanent base at Abbey Lane.

It’s a far cry from the early days when the somewhat nomadic Armagh Theatre Group could be found in any one of a number of venues.

Members would rehearse and perform whereever they could – the old City Hall at Lower English Street, The Loft in Jenny’s Row, The Ritz Cinema, The Band Hall, the Orchard Leisure Centre, the Charlemont Hotel.

Armagh folk have been very generous over the years with allowing the use of their premises.

But during the 1980s a derelict site was purchased off Abbey Lane and, by 1990, a rehearsal room and store had been constructed.

s time has passed this building has been upgraded and extended and has ‘morphed’ into what we now know as Abbey Lane Theatre – a very special little performing space in the middle of Armagh which has a character all its own.

And then there are the plays! Lots of them over the years – some winning awards, all as important as each other to those performing and producing and hopefully appreciated by a growing band of loyal Armagh supporters.

So now in the 50th year, the circle has turned fully and Armagh Theatre Group is about to produce again the very first play performed back in 1966 – Thornton Wilder’s Pulitzer Prize winning classic ‘Our Town’.

On this occasion, the venue and facilities of the Market Place Theatre are at Armagh Theatre Group’s disposal – a far cry from the basics of the mid 60s, but the spirit and enthusiasm of those early years will hopefully still shine through.