Look inside the recently redecorated St Malachy’s Church in Armagh 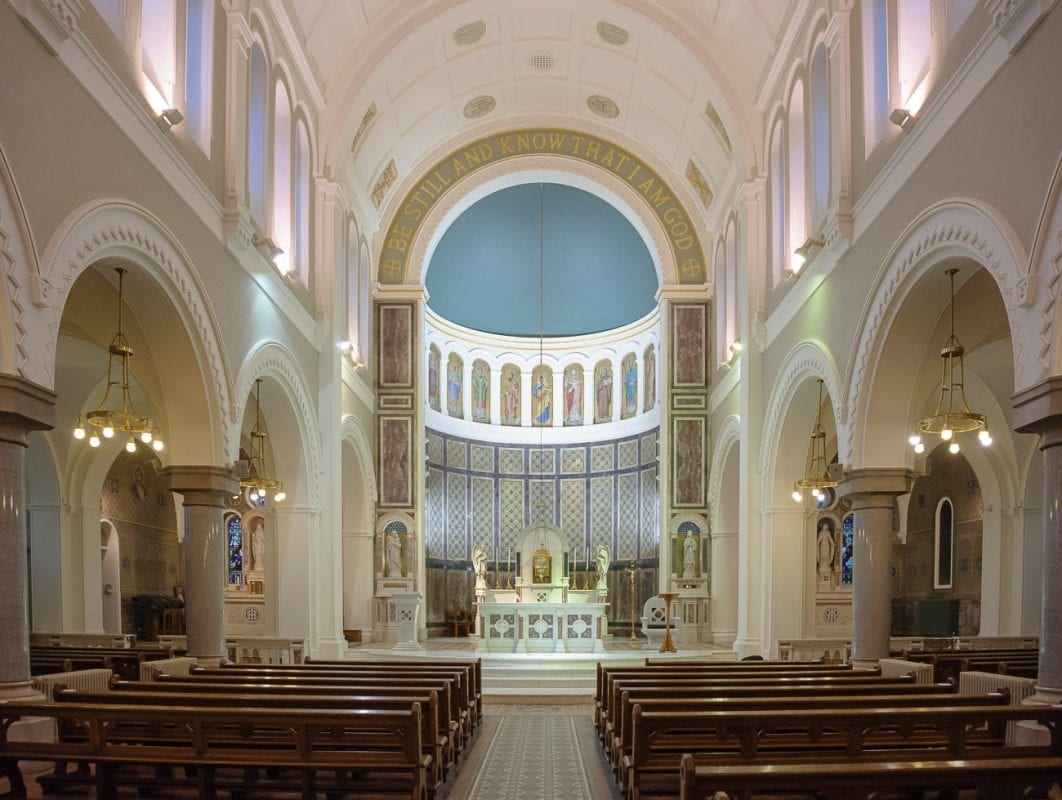 After weeks of decorative enhancements St Malachy’s Church in Armagh has officially re-opened.

During his homily, the Archbishop referenced the beautiful Cathedral of Notre Dame in Paris, which was gravely damaged by fire last year.

“I can still vividly remember the sight of the people of Paris staring in shock, or kneeling in prayer as the inferno engulfed the historic 850 year old building,” he told the congregation.

“There was an audible gasp and cry from the crowd as the distinctive steeple collapsed in flames. President Macron spoke to the world with tears in his eyes: “Part of us is burning”, he said. 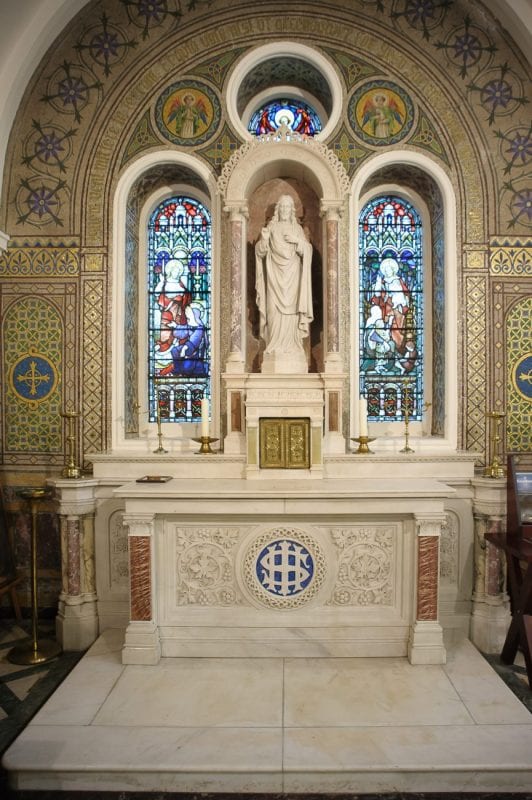 “It seems strange in some ways that the destruction of a Catholic Cathedral in such a secular country as France evoked such a pained reaction.

“But then this was no ordinary Cathedral – millions of people from all over the world have visited Notre Dame. And in many ways it is one of those sacred spaces that appeals to the spirit within people all over the world. Even non-believers are touched by its beauty and it points everyone to something beyond our senses – the transcendent God who is truth and beauty itself. 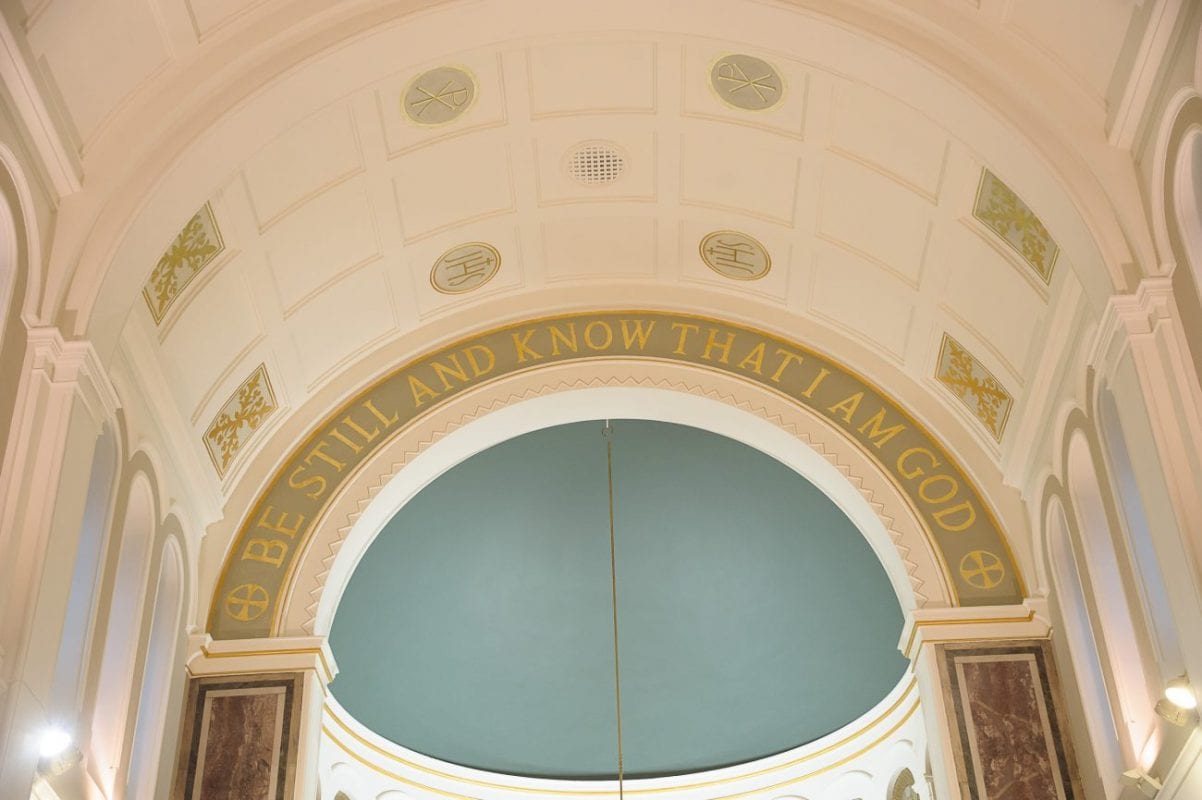 “Thankfully, the ensuing days brought some relief, as pledges of millions of euros were made for the restoration of the Cathedral and it became clear that the rose windows, the gargoyles and belfry were not destroyed and many of the sacred objects were saved – the priest chaplain to the Paris fire brigade spoke of how he had rescued the Blessed Sacrament and the priceless relic of the crown of thorns.

“Every time I go inside a majestic church like Notre dame or our own cathedral or indeed this beautiful church of St Malachy, my eyes are drawn up to heaven and I can’t help thinking: “This place was made by God”!

“When you visit St Malachy’s you are moved to praise God and you are instinctively drawn to prayer. Visiting here is not like entering a museum or art gallery. 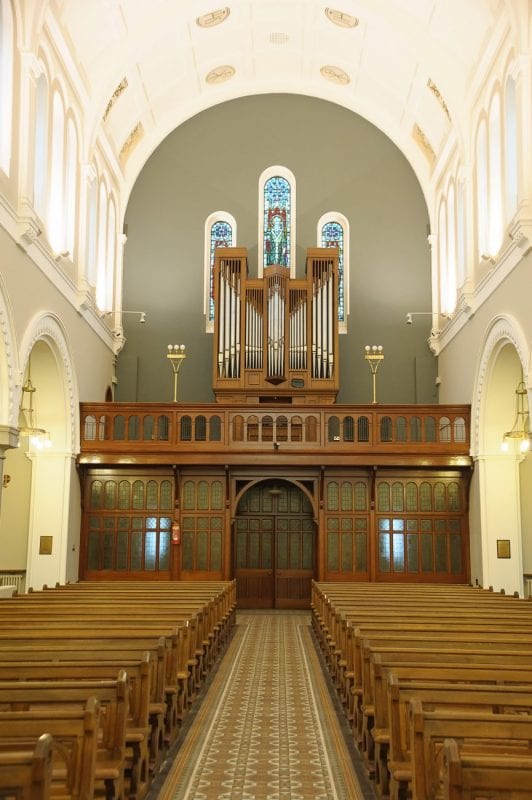 “This is a living place of worship. For decades people have come here to lift their hearts and minds to God in worship, thanksgiving, petition, sorrow and intercession for others.

“I think tonight of the baptisms, first communions, the weddings the funerals, the millions of prayers offered up here in times of joy, worry, sorrow, happiness, decisions, exams, relationships, hopes, fears, pleading, thanking… 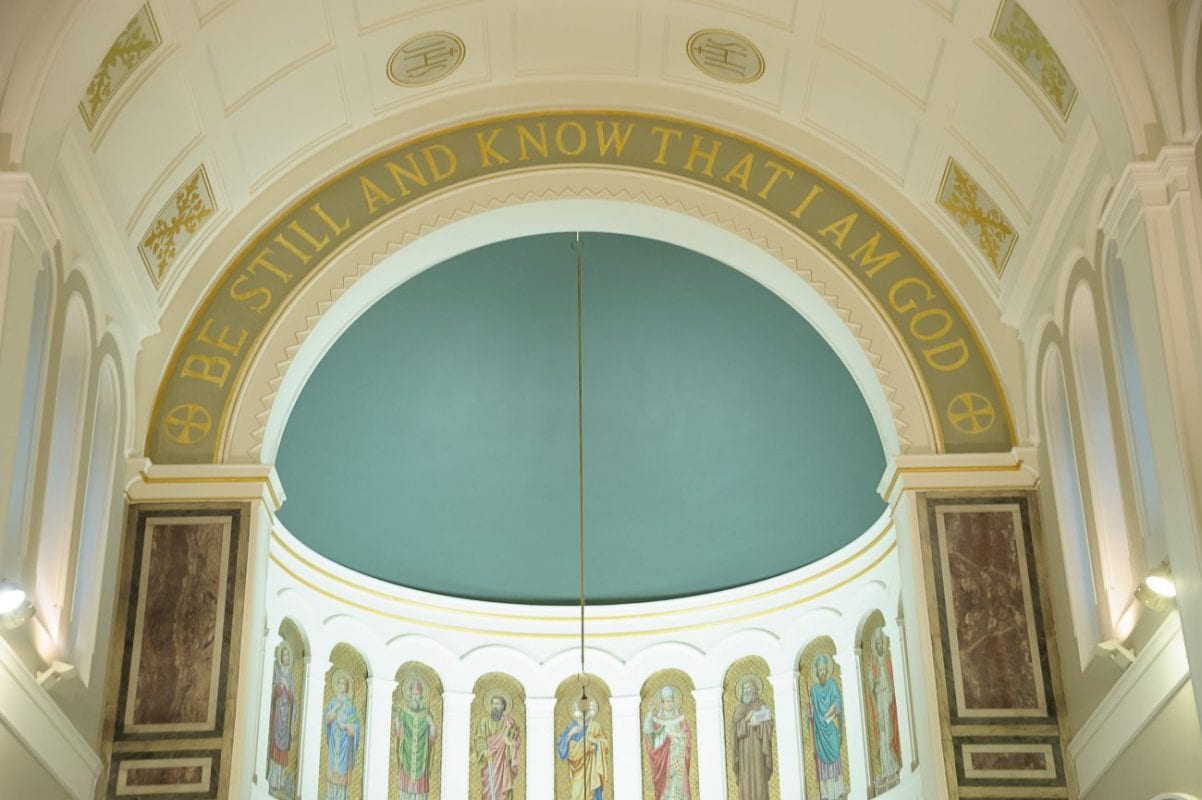 “As we celebrate the repainting and reopening of St Malachy’s, it is good to take a moment to say thanks to God for the skill and dedication of the craftsmen and women who laboured in its construction in the 1930s when it was decided to replace the old St Malachy’s church building in Chapel Lane which was almost two hundred years old at that time.

“We also give thanks for all those who have laboured in various restorations, reorderings and enhancements over the years. I think of the many people who have given their time, gifts and talents to hand this Church on to us in the years since Cardinal Mc Rory dedicated it in 1938. 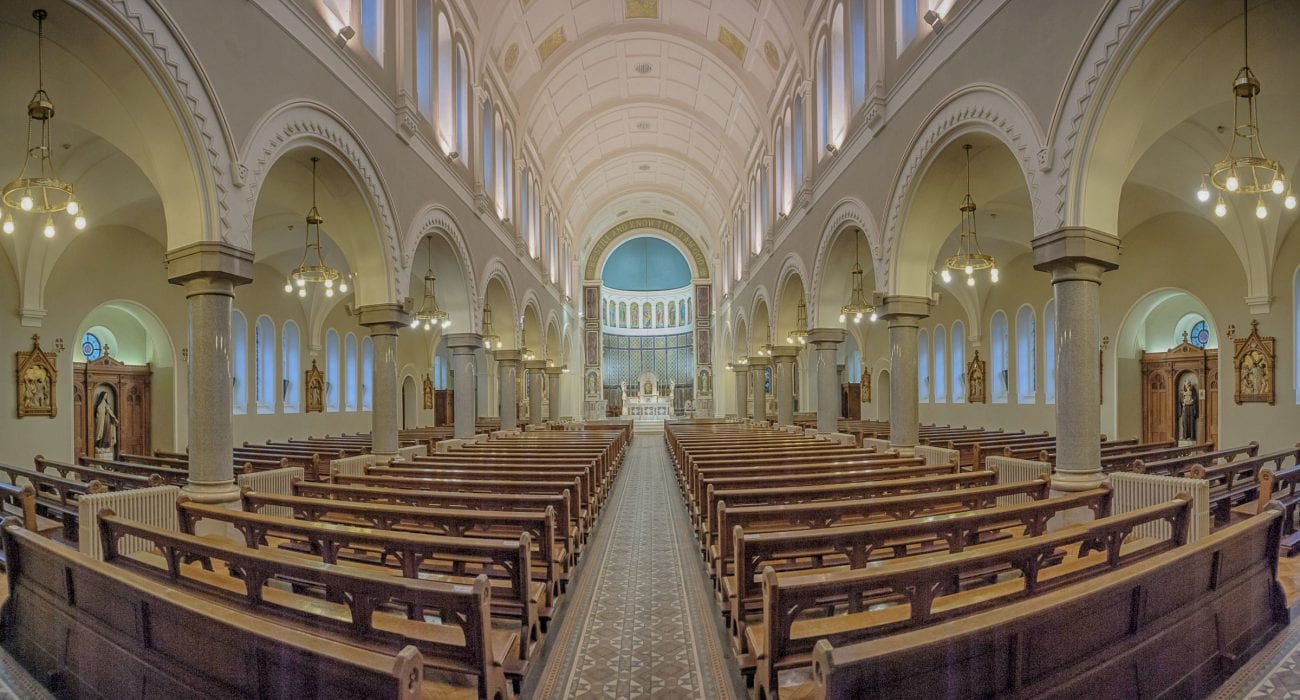 “This church links us to the many people who have gone before us and will come after us to worship here. Please God St Malachy’s will remain a source of spiritual comfort to countless families in the future in their joys and in their sorrows.

“But of course in saying all this it is worth reminding ourselves that the Church is not primarily a building – it is made up of people, and one day this beautiful building will fall into ruin, or be replaced.

“What is important is that the faith and hope and worship that this sacred space represents, will be kept alive in the hearts and families of the people of Armagh and beyond, and be handed on to the next generation. Dear brothers and sisters, as St Peter wrote: (1 Peter 2:5) Set yourselves close to (Jesus) so that you, too, may be living stones making a spiritual house. 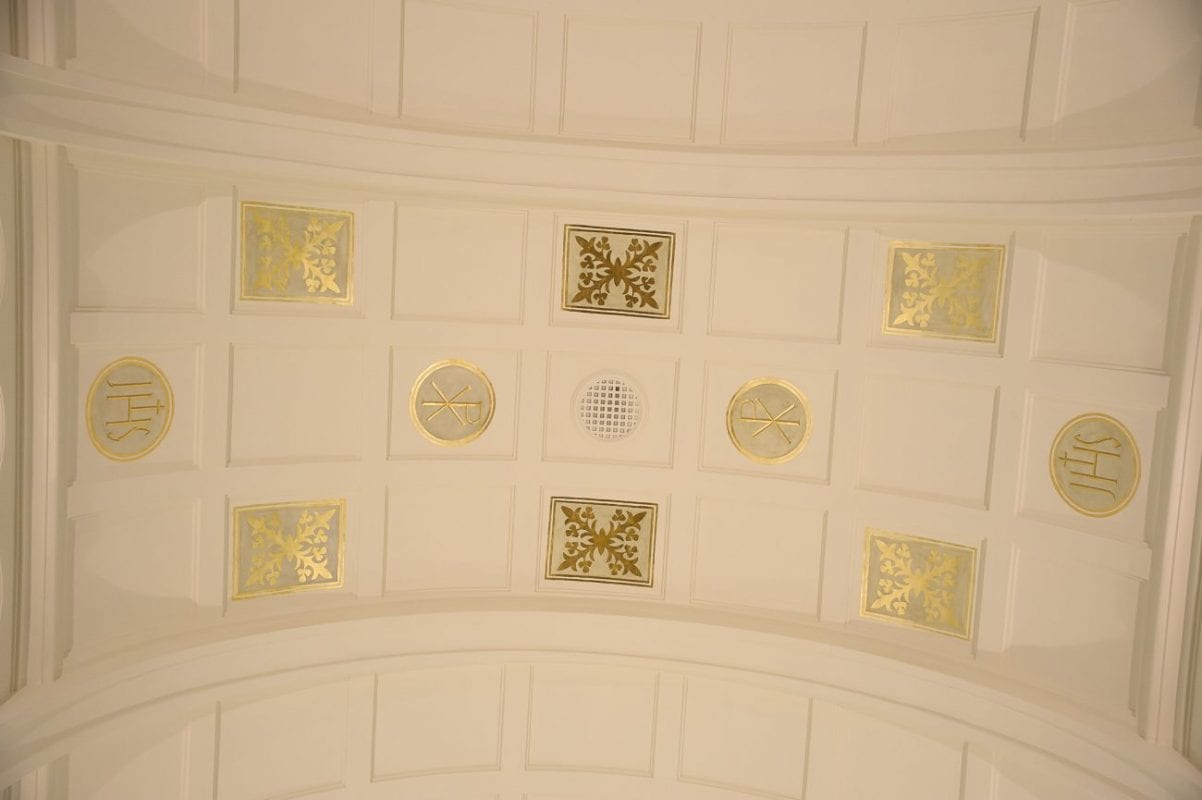 “The beautiful story is told of the call of St Francis who, while praying in the small church of San Damiano in Assisi, heard the Lord speaking to him, saying, ‘Go and rebuild my church which is falling in ruins’. He immediately began rebuilding the physical structure of the place but soon realised that what God was really talking about was rebuilding the faith.

“It’s a reminder to us all that, although we may have beautiful buildings of bricks and mortar and sacred art and relics, this is all useless if we and our children and grandchildren do not know Jesus, and do not hold in our lives the hope and joy and sense of purpose and mission that knowing Jesus brings. 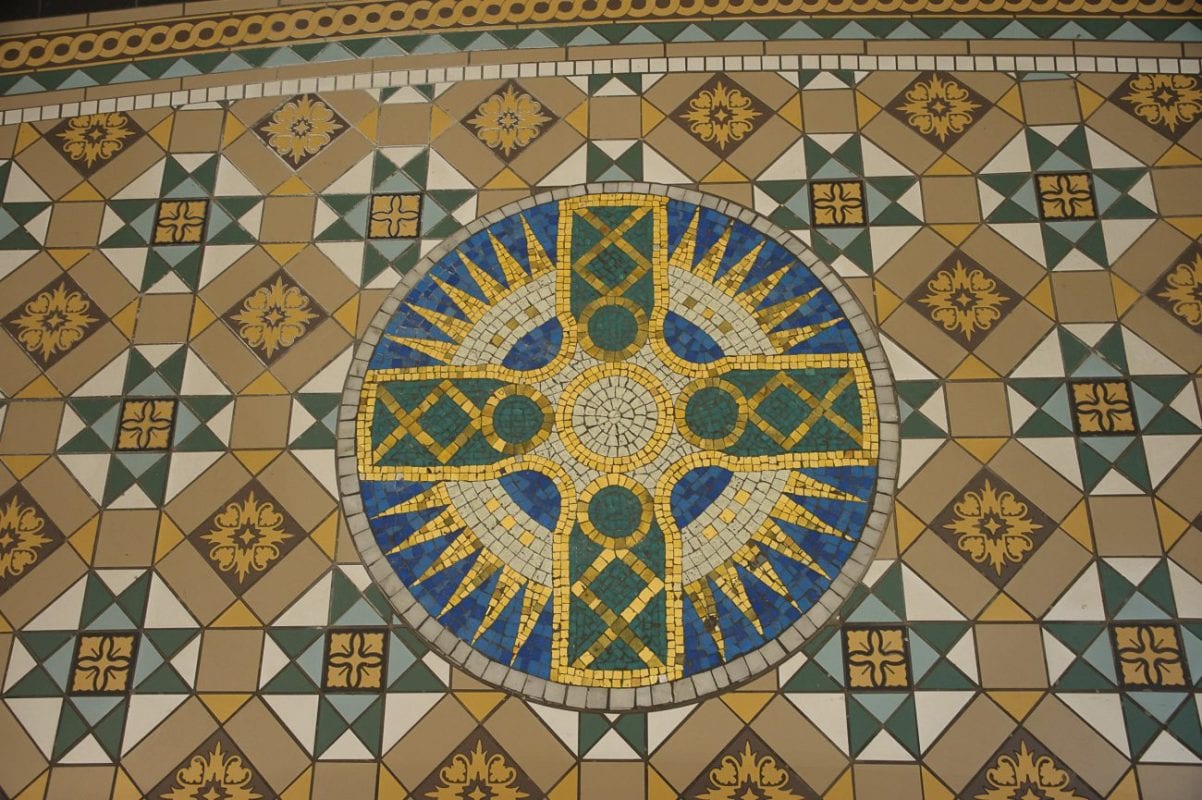 “The faith in Ireland is at a turning point and it would be a shame if in years to come this beautiful place of prayer and worship became simply another tourist stop for visitors to Armagh – to be told by some tour guide ‘people used to come here in their hundreds and thousands to pray and praise the one they called God, but we’re over all that religion stuff now’.

“Dear brothers and sisters, the task of handing on the faith belongs to all of us here. We are called to mission, not to be afraid to witness to Jesus as St Malachy did, and so many others before him and since. ‘Go and rebuild the Church of God’ in your homes and families in this community, country and in the world. 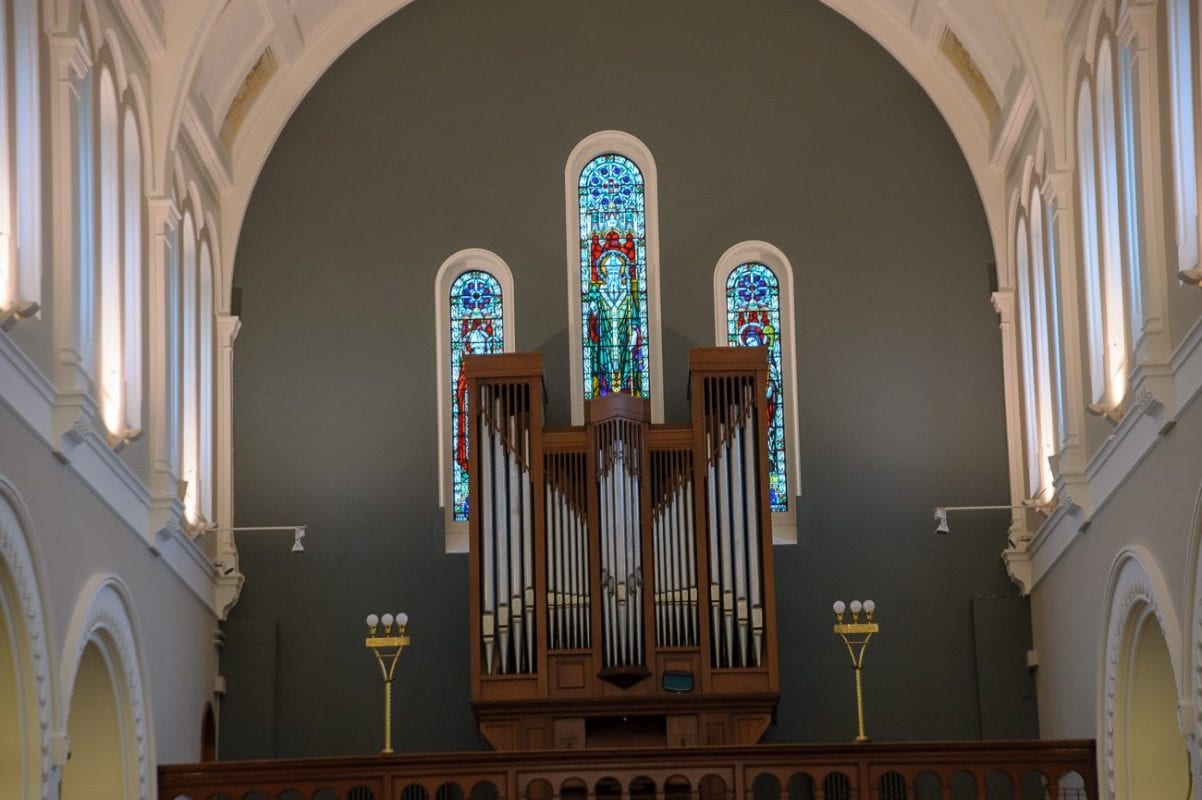 “Thanks be to God for this beautiful place of worship which is part of us part of who we are as a parish, city, diocese and Church. Thanks be to God, St Malachy pray for us.”