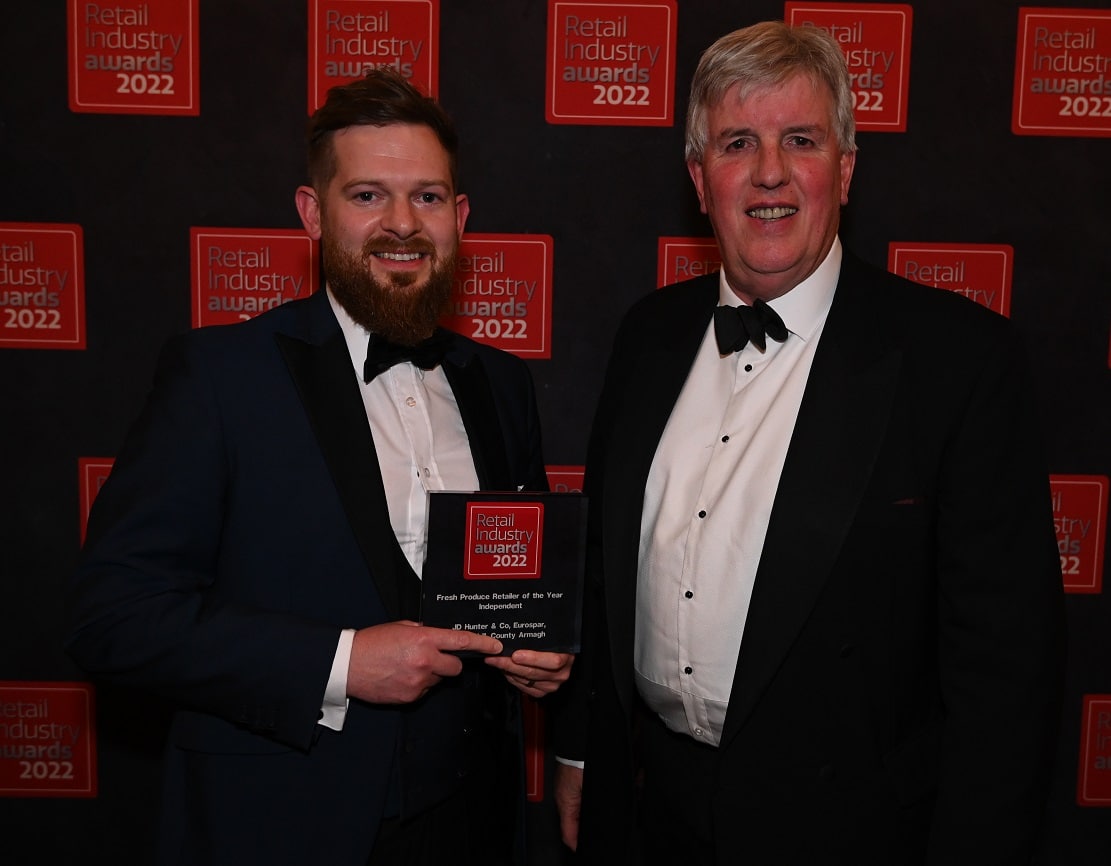 An Armagh store has scooped the title of Independent Retailer of the Year at a national awards ceremony in London.

McGleenan’s Centra in Keady was the winner in the Over 6,000sq ft category with SuperValu Fruitfield in Richhill the runner-up with highly commended.

The companies were among a number of local independent winners announced at the recent Retail Industry Awards which celebrated the best retailers across the UK. The store also won two awards at the recent Convenience Awards in London.

Store manager Chris McClure said: “We at JD Hunter are passionate about providing locally sourced produce to our customers.  It is an honour to receive an award at the Retail Industry Awards 2022 and we are delighted that our team has been recognised for their work and dedication to the local community and further afield.”

Newcomer of the Year title was won by Peter Wilson of Wilson’s SuperValu, Garvaghy Road, Portadown.

Campbell’s Eurospar, Banbridge, was also highly commended in the Food-to-Go Retailer of the Year section.