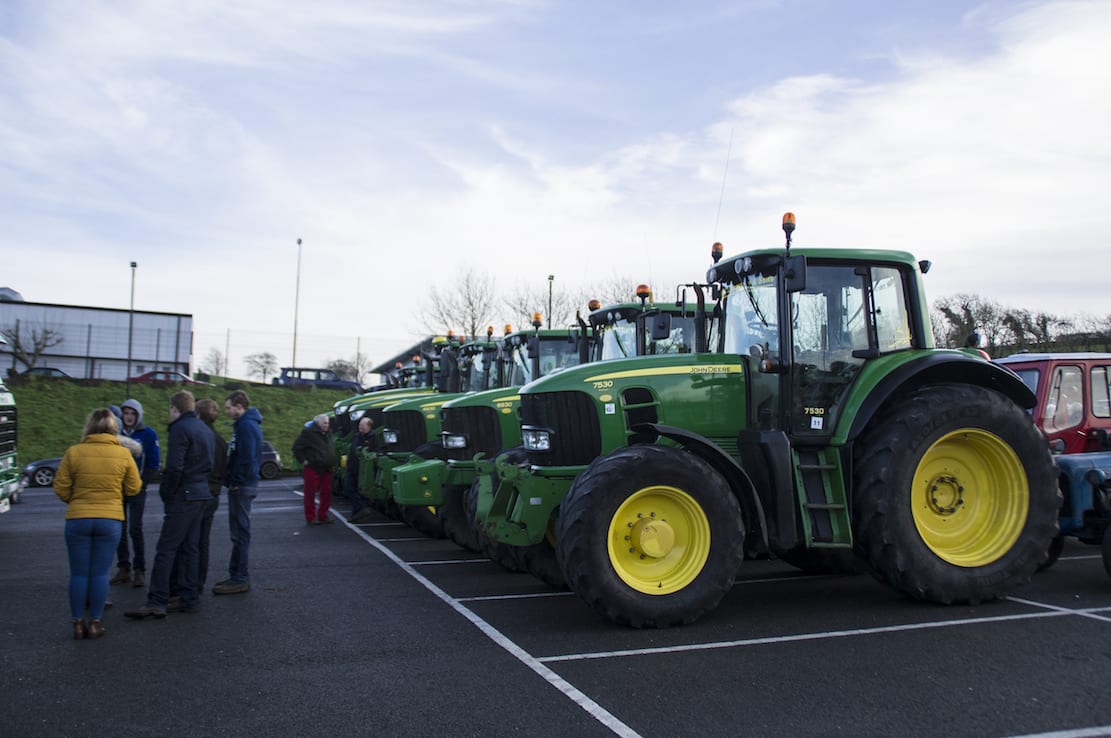 The organiser behind Ireland’s tractor run says the motivation behind the now annual event in Armagh is because how his mother was treated in her final days.

Cedric Livingstone lost his mother to cancer but explains it was the exemplary care by Southern Area Hospice staff that prompted him to give something back.

The event has been raising money for the Southern Area Hospice, as well as the Children’s Hospice, with proceeds now split 50-50.

The first year saw around 340 tractors turning up – much to the surprise of Cedric at the time.

However, year-on-year the Livingstone Tractor Run has grown in size and stature.

2017 saw a whopping 740 turn up at the Armagh Business Park, and while refusing to anticipate numbers, Cedric admits he’d love to see it topple the 1,000 mark eventually.

“The beacons of 700 or so tractors smashing around is a sight to behold,” said Cedric, who was speaking Farm FLiX.

And explained the inspiration behind it all, Cedricsaid: “My mother she got cancer, six years this year she passed away with cancer and she had spent the last 14 days or so of her life in a hospice in Newry.

“My father stayed with her for 13 days in the hospice to support her, to be with her and they were awful good to him as well, they did a great job and then we thought we need to give something back here”.

The idea of having a tractor run, Cedric attributes to his brother Andrew, but admits at the time he thought the idea was “mad”.

He said: “He (Andrew) got it into social media, putting the word out, and we didn’t expect that many at all but it turned out in the first year there was 300 tractors and its grown every year with about 740 tractors last year.

“We couldn’t believe it, we were expecting 30 or 40 tractors and I says ‘where are these people coming from?'”

He added: “It was originally for the Southern Area Hospice at the beginning and then the neighbour beside me; he had two children pass away young at the Children’s Hospice and I asked him if would he be interested.

“Now we’ve split it 50-50 between the Children’s Hospice and the Southern Area Hospice.”

The tractor run continues to be connected with the Livingstone name but Cedric says there are many more involved with it today.

The run which begins at the Armagh Business Park on the Hamiltonsbawn Road, will take place on Saturday, December 29. Registration begins at 10am, with the Run scheduled to leave at 12 noon.