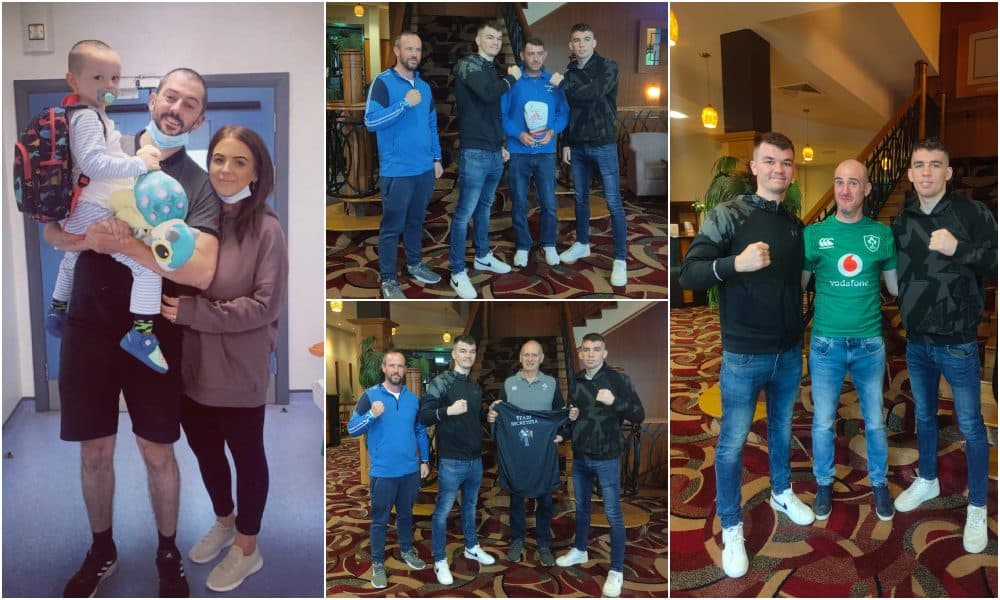 A Castleblayney man has been tirelessly fundraising in memory of his best friend who died suddenly six years ago.

Barry Nugent, who was from the Keady, passed away in October 2016 while living in Glasgow.

His best friend, Padraig Duffy, started running an event in memory of Barry; to help keep his name alive.

And he more than succeeded in doing just that.

This year, Padraig – who ran a charity football game in Keady on July 9 – has helped raise £2,300 for a number of local causes.

The main beneficiary of this year’s funding has been little Frankie Rooney, who is bravely battling cancer.

Padraig, enlisted the help of champion boxers Stevie ‘The Hitman’ McKenna and Aaron ‘The Silencer’ McKenna who offered up their time to meet and greet at Armagh City Hotel, as well as a presentation of signed boxing glove.

Tony Murray won a t-shirt and Michael Byrne won the glove (pictured), with £1,100 raised for Wee Frankie, whose parents Chris and Michelle thanked everyone who supported the raffle.

Padraig offered his thanks to the McKenna’s and everyone who has supported this year and throughout the years.