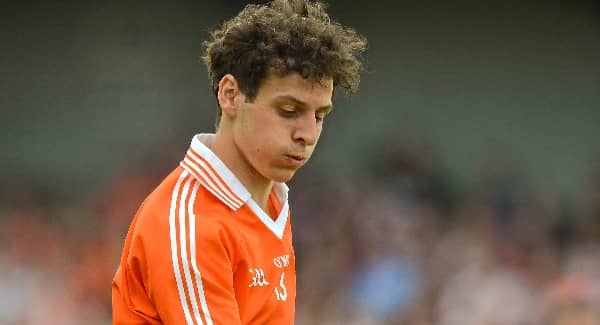 Jamie Clarke could be poised for another return to the Orchard County.

The Crossmaglen ace moved to the Big Apple earlier this year and joined the semi-professional soccer team New York Shamrocks.

Armagh never won a single championship game in 2016 and were relegated to the All-Ireland League Division III.

It is not the first time that Clarke has left the county scene only to return to the fold.

Speculation is mounting that he may be back for the 2017 campaign.

Last night, the 26-year-old posted a photograph of himself in an Armagh jersey via Instgram with the caption: “I’m ready.”

Just two weeks ago he posted a picture of himself with Armagh GAA boss Kieran McGeeney – whom he has previously defended from criticism during the county’s dry spell – in New York.

In May – prior to making the move Stateside – Clarke had hinted that a return to Armagh could not be ruled out.

Speaking to the Irish Examiner at the time, he said, fitness wise, he could be ready to run out for the Orchard County.

“I would be able to catch up,” he told the newspaper. “Ultimately deep down it’s not over for me. I want the year to stabilise my other needs outside of sport and, if I get those right and can come back to what I want and play, then great.”