Is it time Armagh’s award-winning cider production was properly celebrated? 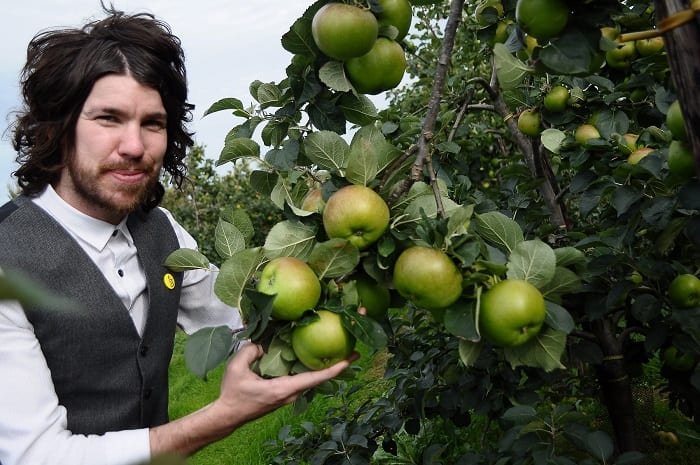 A £1 million investment in two local orchards could help create an international draw for tourists based on our own humble Bramley.

It’s a case of ‘if you’ve got it, flaunt it’, and Armagh City, Banbridge and Craigavon Borough Council intends to do just that.

It wants to capitalise on its PGI status product and the local cider industry to give Armagh further ‘appl-eal’!

The council wants to do all it can to support the apple local grower and market their products to a global audience, with a unique visitor experience awaiting visitors at the heart of the Orchard County.

It will also help challenge legislation which currently prevents producers selling from their own premises.

The £1 million investment to bring more tourists would come from private investment, with a contribution from council.

The local authority has been told of the huge benefits which would result from developing the local apple orchards and cider product and creating an “international visitor experience”.

It’s an integral part of a new and ambitious tourism strategy and action plan covering the period from 2017-2022.

The document – compiled by consultants and tourism experts who have been working on it since 2015 – went to council committee this week.

It is based on three separate tiers and the apple experience is central to the second of these, which points to the fact that County Armagh is widely known as the Orchard County, with apples having grown in the county for 3000 years.

The Bramley apple was first brought to Armagh in 1884, when Mr Nicholson bought 60 Bramley seedlings from Henry Merryweather and introduced them to Northern Ireland. By 1921, 7000 acres had been planted and Bramley had become the principal variety in Armagh.

Processing of the apple started in 1903 and Northern Ireland’s leading processors are still based in County Armagh, near their main supply, the orchards of the county

The orchards are a key natural resource of Armagh with more than 4,000 acres of orchard land, particularly in North Armagh.

But legislation is currently hampering producers and as a result curbing the tourism potential through what could be done and is now set to be challenged.

The report states: “In May time, the North Armagh countryside is awash with pink blossom and at harvest time the trees leaden with fruit. Apart from the scenic qualities, the associated produce is outstanding with a number of the ciders produced locally being international award winners.

“Northern Ireland’s current licensing legislation does not however all ow for purchase of ciders by visitors from the producer’s premises. The introduction of a new category of licence – a Producer’s Licence – is being sought by cider producers.

“The apple industry is in need of support. Like many farming enterprises, it has no young people coming into it because they can see no future. With a vibrant local cider industry, apple requirements will increase and with it better returns for the growers.

“The council will work in co-operation with the producers to effect a change in the legislation; Council’s number one priority is to grow the local economy and the agri-food sector is a priority growth sector. This will also help to secure a legacy from the council’s recently introduced Food Heartland initiative which seeks to promote and showcase the abundance of specialist artisan food and drink producers to locals and visitors.”