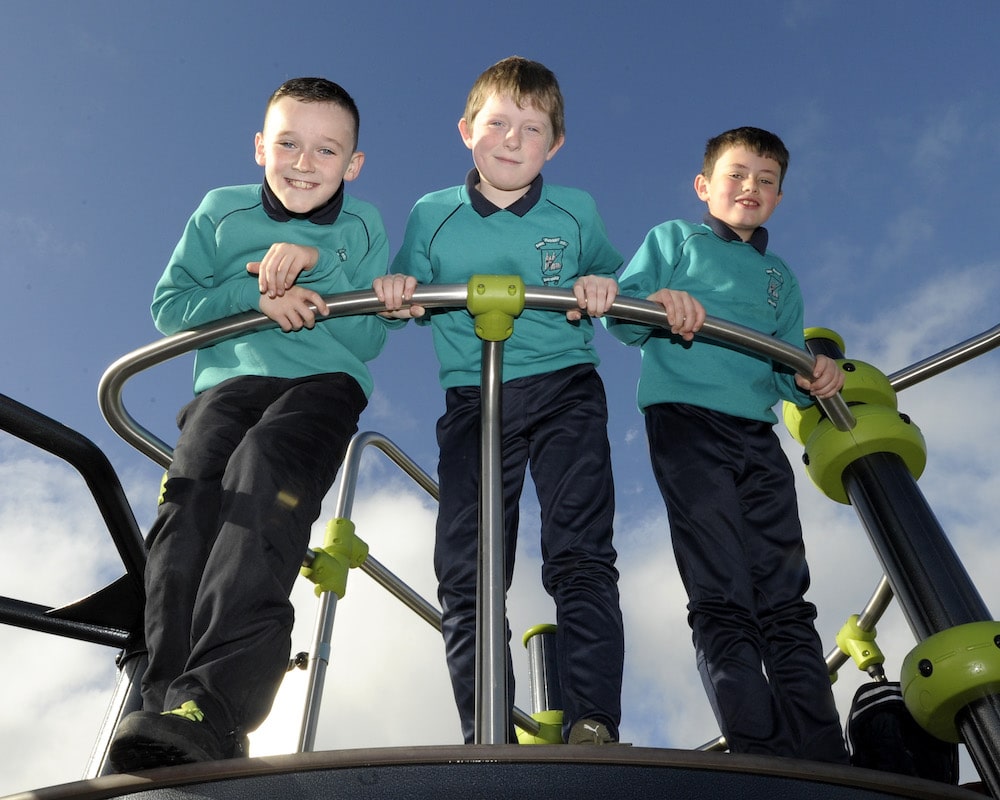 There was certainly a cause for celebration in Armagh this week, as the newly refurbed Drumbreda Play Park was officially launched – following an investment of £75,000.

Children from St Patrick’s Primary School in Armagh, along with community representatives, contractors, elected members and council officials all helped the Lord Mayor of Armagh City, Banbridge and Craigavon, Councillor Paul Greenfield to cut the ribbon and officially open the new play facility!

Catering for all children and young people up to the age of 14, the refurbished play area features a mixture of equipment including junior and senior swings, an inclusive roundabout, basket, and cradle swing, as well as springers, spinners, and play panels. In addition, a range of seating has also been added so parents and guardians can come along and share in the children’s play experiences. “I am absolutely delighted to be invited along to cut the ribbon and announce this brilliant new park officially open in Drumbreda. It’s such a joy to see the children outside on this beautiful day enjoying themselves on all this fantastic new play equipment – I know this facility will be loved throughout the community for years to come,” commented the Lord Mayor.

Farrans were the lead contractor on the project with Garden Escapes as a subcontractor who are the specialist playground equipment company who supplied and installed the new equipment.

This play park forms part of Armagh City, Banbridge and Craigavon Borough Council’s £4.75m play strategy, which will see a number of parks across the borough refurbished, alongside a commitment to non-fixed play, which is crucial to child development.