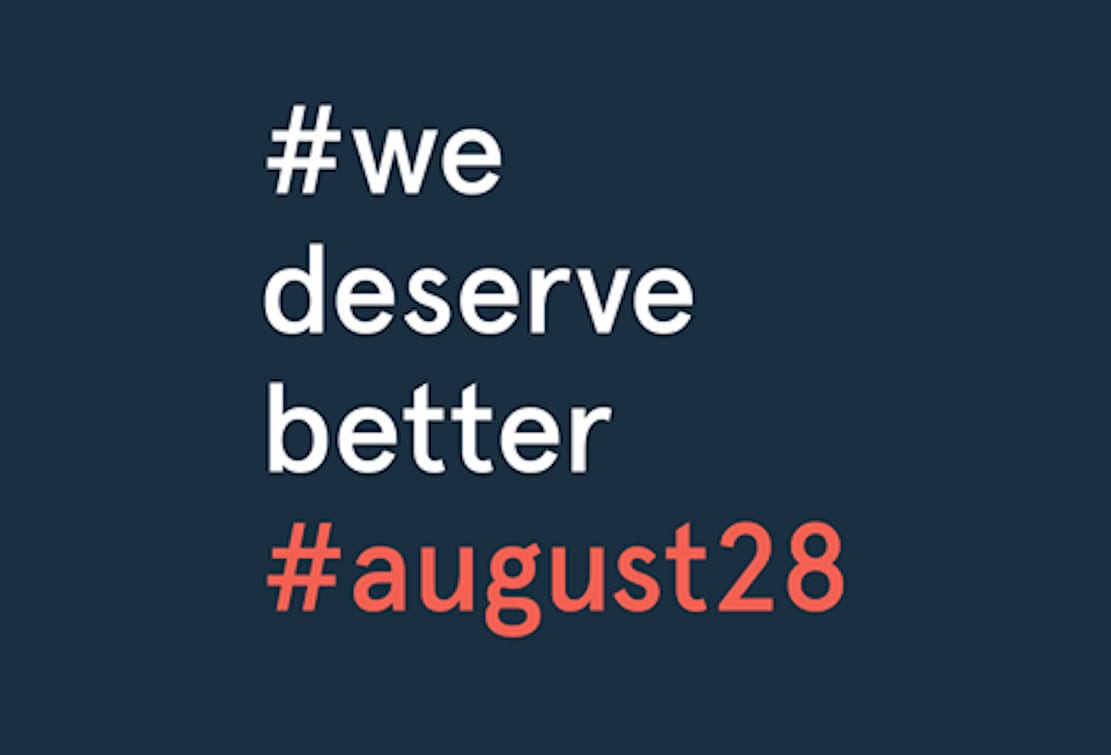 Hundreds of people turned up to #WeDeserveBetter rallies in Armagh and Portadown last night in protest at lack of progress at Stormont.

Armagh city centre saw huge crowds gather in front of the library at Market Square, while hundreds congregated in front of St Mark’s Church in Portadown.

There were also rallies in Dungannon, Newry, Banbridge and Warrenpoint as well as towns across Northern Ireland.

The demonstrations were held to mark Northern Ireland reaching 589 days without a fully functioning government; equalling a record set in Belgium between April 2010 and December 2011.

The unwanted record of days will continue to grow as the impasse continues following the Stormont’s collapse on January 9, 2017.

The #WeDeserveBetter social media campaign is calling on the DUP and Sinn Féin to restore an administration as soon as possible.

What a turnout for #WeDeserveBetter Portadown! Thanks to everyone who showed up to make their voices heard. pic.twitter.com/9gW3L5Gx5e

Tonight Bethany (7) and I attended #WeDeserveBetter in Portadown. Just yesterday she asked "Daddy, why doesn't NI have a government like other countries". "Is it because the people dont like each other." ???? She deserves better than this!! #WeDeserveBetter #YouGetWhatYouVoteFor pic.twitter.com/nOkDVGgfAS

End off the #WeDeserveBetter Portadown protest. Well done and thank you to the organisers. pic.twitter.com/2CxpCQLHQ1

Thanks to everyone who came out tonight. You should be very proud of yourselves! #wedeservebetter #Armagh pic.twitter.com/ewRuqjwQku