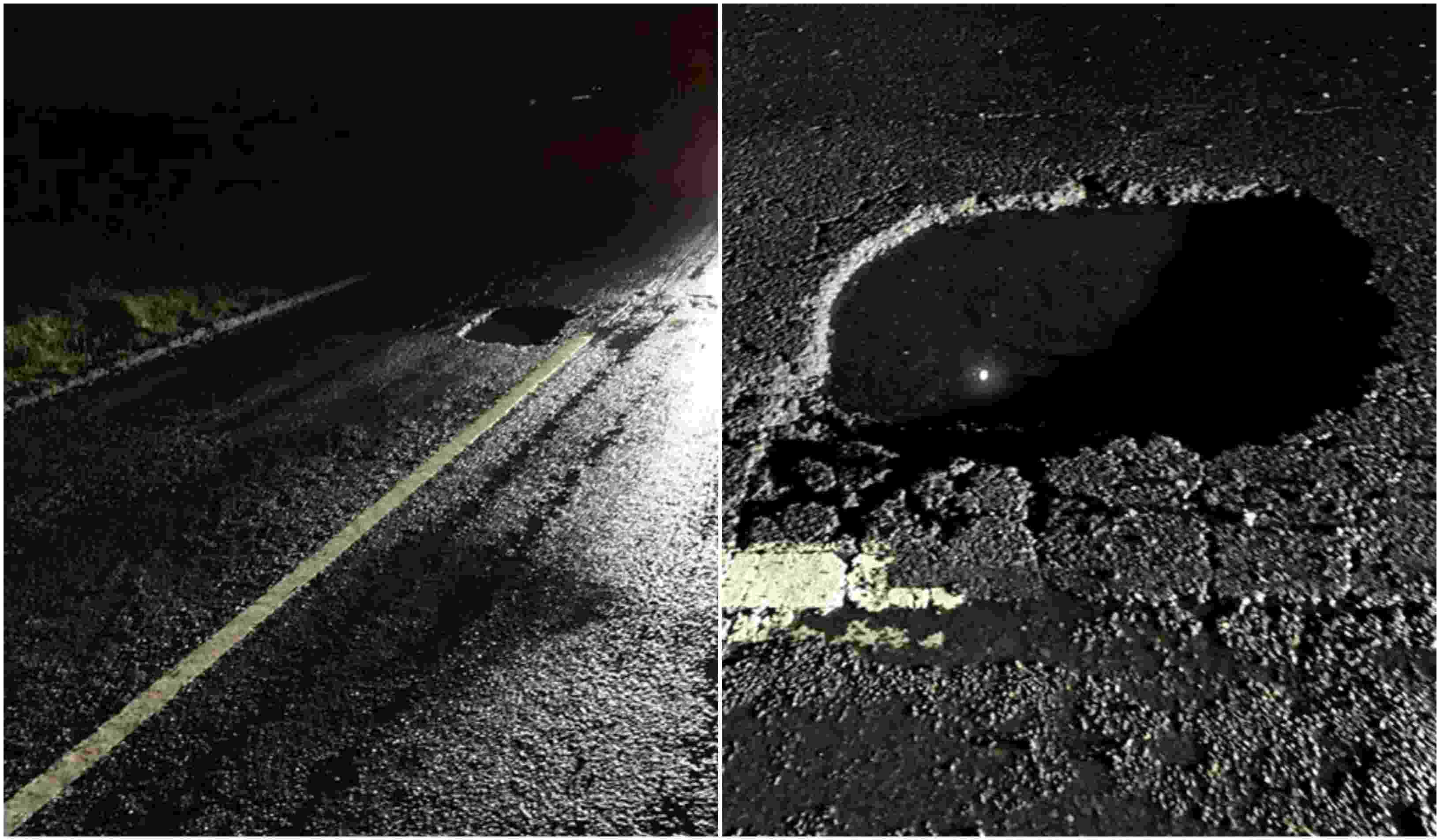 A huge crater which had appeared on a road close to Armagh city has been filled in today after a raft of online complaints.

Armagh I posted a warning about the massive pothole on Sunday night.

Hundreds of people saw red, commenting and sharing the post and outlining their own experiences.

And there was a common thread – something needed to be done.

The pothole in question appeared on the main Hamiltonsbawn Road, between the village and Armagh.

When we posted one person commented and likened the roads here to a “Third World country” while another said it would “cost a fortune” to pay for all the repairs and compensation claims.

And there were many who told of damage caused to their vehicles.

One posted: “My friend and I were coming from Drumminis Church last night and the front wheel of my Jeep slapped down into it as it was full of water and didn’t see it, and as we drove a 100 yards there were cars pulled in and someone was changing a tyre. The roads are disgraceful and it’s time something is done about our roads.”

Another commented: “ I hit this on Saturday night and burst my front driver’s side tyre – only new on the car a month ago.”

The good news in relation to this particular hazard is that it has now been repaired.

After an angry backlash on Sunday night by fed-up and dismayed drivers, the powers-that-be were out first thing on Monday morning to take action.

DUP Alderman Gareth Wilson welcomed the work and expressed relief that it had been repaired.

He told Armagh I : “This particular deep pothole appears to have been repaired on driving this route this morning and I would advise anyone who has sustained damage to their vehicle to submit a claim for damages to Transport NI – the forms are available to download online.”