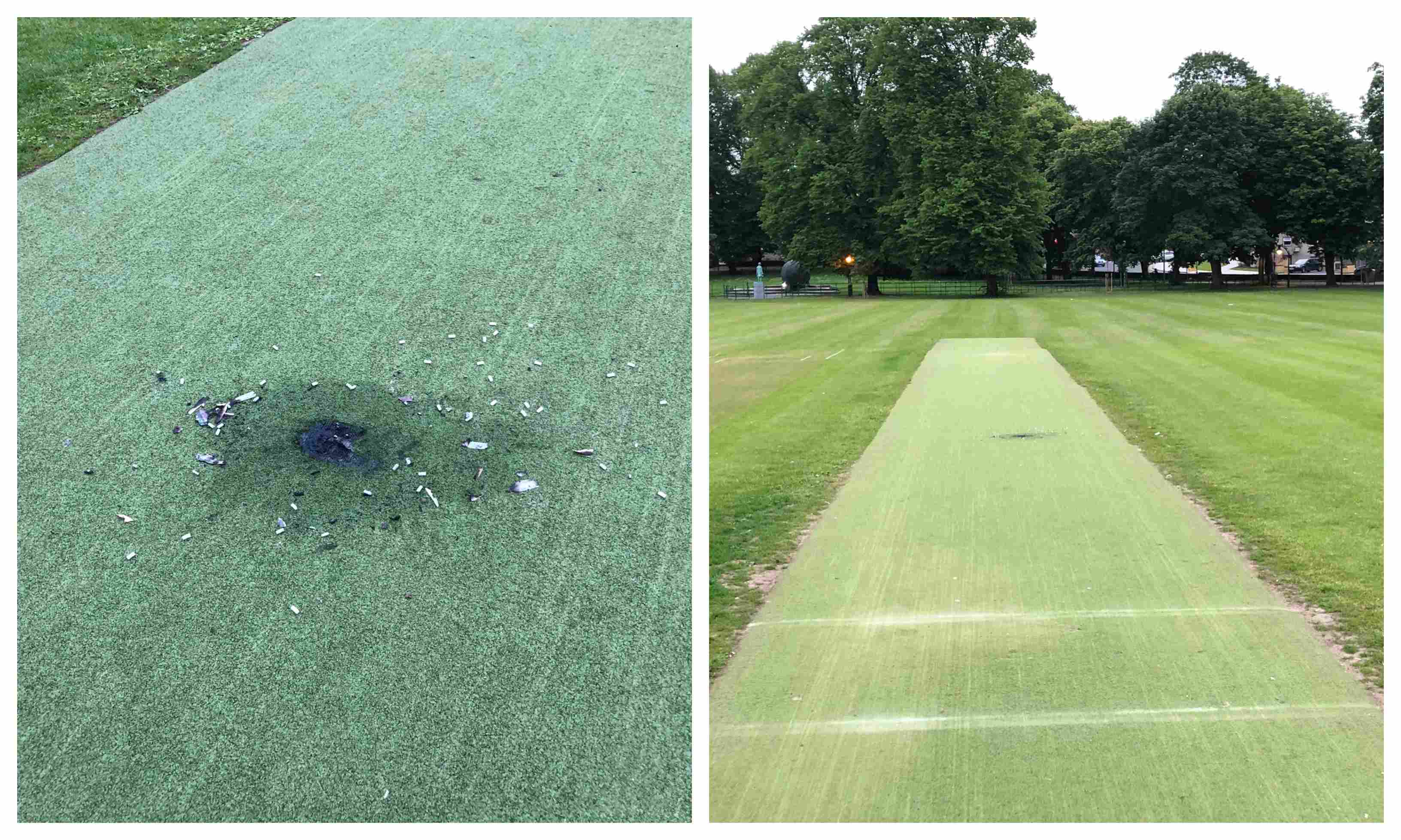 Armagh Cricket Club was the target of vandals once again on Friday evening.

The artificial wicket was burnt, leaving the Club having to fit a bill they can ill-afford.

Posting on social media, a Club spokesperson said: “At the end of a glorious day on the Mall it’s disappointing to report another case of disgusting vandalism against our club.

“The artificial wicket has been maliciously burnt by a group of youths.

“The police have been notified and we wait to see what they will come back with.”

Exactly one year ago, as reported on Armagh I, record-breaking temperatures brought crowds to the Mall but the Cricket Club were ultimately left counting the cost.

Twelve months ago it was wicket covers which were damaged.

One person asked whether there was an opportunity to cover the wicket, but as the Club pointed out, “it’s difficult” as “our covers and screens are a big target for vandals as well, to the extent that the covers barely are usable”.

On the repair job, the Club questioned how they will even go about it, and how they were going to afford it.

If anyone has any information on those responsible – or anyone who witnesses such criminal damage being carried out – they can contact the PSNI in Armagh on the non-emergency number 101.