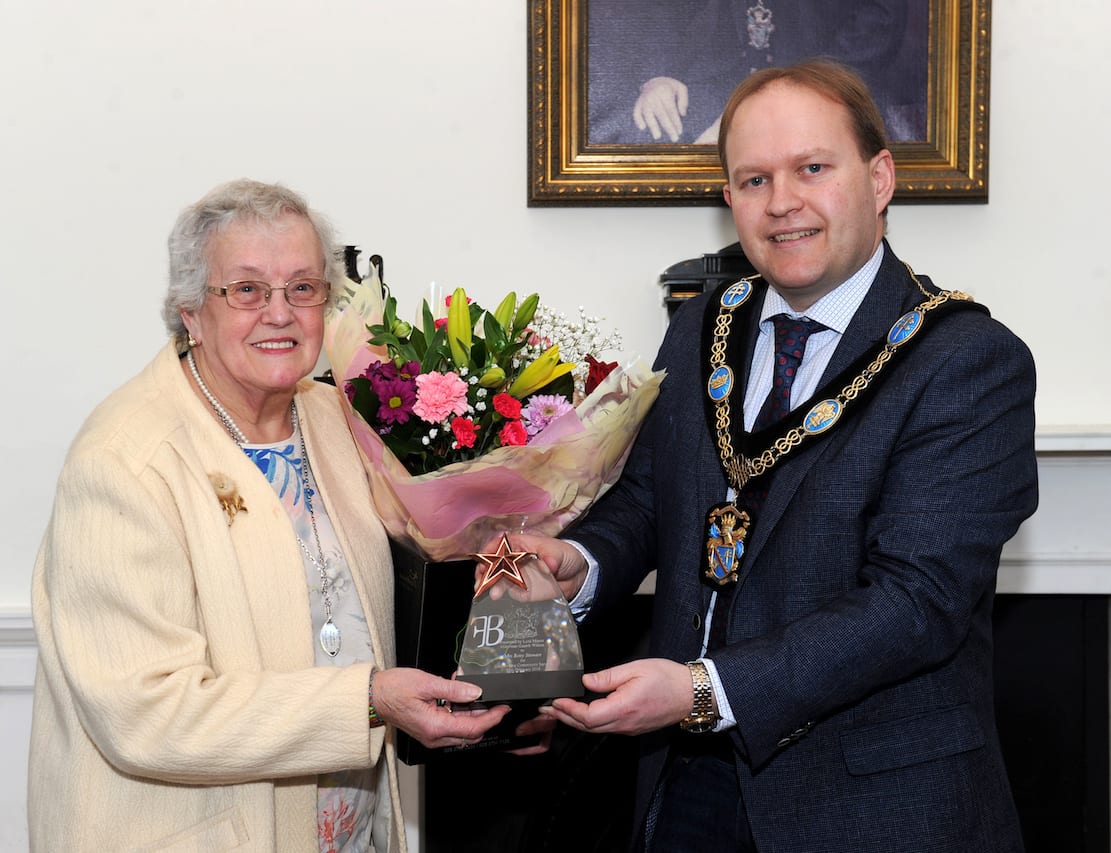 Betty Stewart was honoured by Armagh City, Banbridge and Craigavon Borough Council in 2018

Two well-known and highly respected local ladies are among those who have received awards in the Queen’s Birthday Honours List.

The honours – which are released later this year due to Covid-19 – were revealed on Friday night.

And there is good news for both Betty Stewart and Irene Edith McKee.

Each receives a British Empire Medal.

The first – Ms McKee – has been a long-standing and hard-working member of the Friends of the Armagh County Museum.

And it is for her sterling efforts on the Mall for which she is being recognised.

The secretary of that same group and a driving force behind the popular city attractions for decades, the irrepressible Armagh woman is being honoured for services to history and heritage in the county.

Meanwhile, Sarah Elizabeth Stewart – better known to all as Betty – also is awarded a much-deserved BEM.

Her recognition is for services to the community in Markethill and Mountnorris.

Betty, along with her husband, ran a business in the town of Markethill for many years.

Her community involvement cannot be under-estimated. She has so many irons in the proverbial fire and over the years has been deeply involved in the Markethill Festival Committee – for over four decades – and Markethill Fair.

In recent years she was honoured by Armagh City, Banbridge and Craigavon Borough Council with a special reception to pay tribute to her dedication and commitment to the Festival and Fair.

She is also a founding member and steps out still with the John Hunter Memorial Accordion Band in Mountnorris.

Both ladies show no signs of slowing down and all in their local communities will join in wishing them warmest congratulations on their achievements being given the Royal seal of approval.

A full list of the Queen’s Honours can be found here.