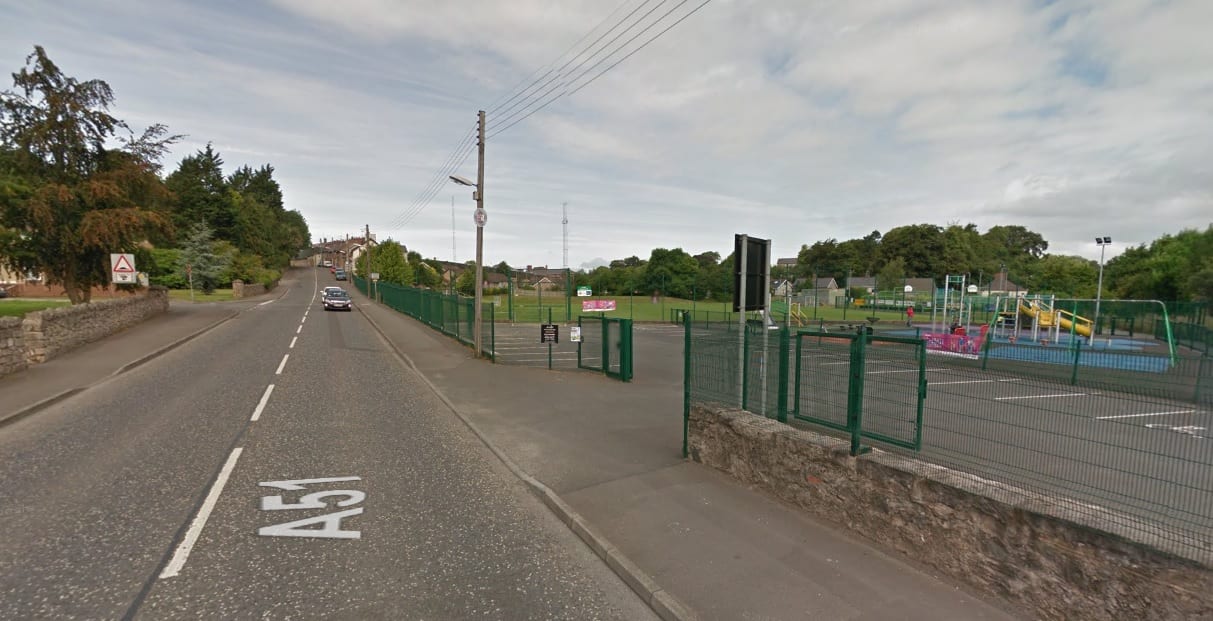 Councillors have been informed by TransportNI that work to provide a controlled crossing facility – adjacent to a busy playground – has “been suspended”.

In a report to Armagh City, Banbridge and Craigavon Borough Council, TransportNI says the move has come about due to “concerns over heat damage to the equipment by the nearby bonfire site”.

In January, Armagh I reported that the then Roads Minister Danny Kennedy had given confirmation that a pedestrian crossing would be provided.

It had been hoped that construction and completion would be carried out within three months.

The Mill Field draws young people from a wide area and surrounding estates, including the Folly, Drumadd, Orangefield, Ballinahone, Gough Avenue and others.

The enclosed site is popular with parents but, situated beside the busy Barrack Hill, and where the entrance to the Folly and Ballinahone converges, and in close proximity to the main Hamiltonsbawn Road, safety has always been a concern.

No less than three traffic studies were conducted in recent years since the redevelopment of the playing fields, but traffic levels were never deemed to be above the threshold required for a crossing.

That was until January.

But this latest news in the campaign by locals will come as a blow.

TransportNI, meanwhile, says it is “working with council to resolve this issue”.