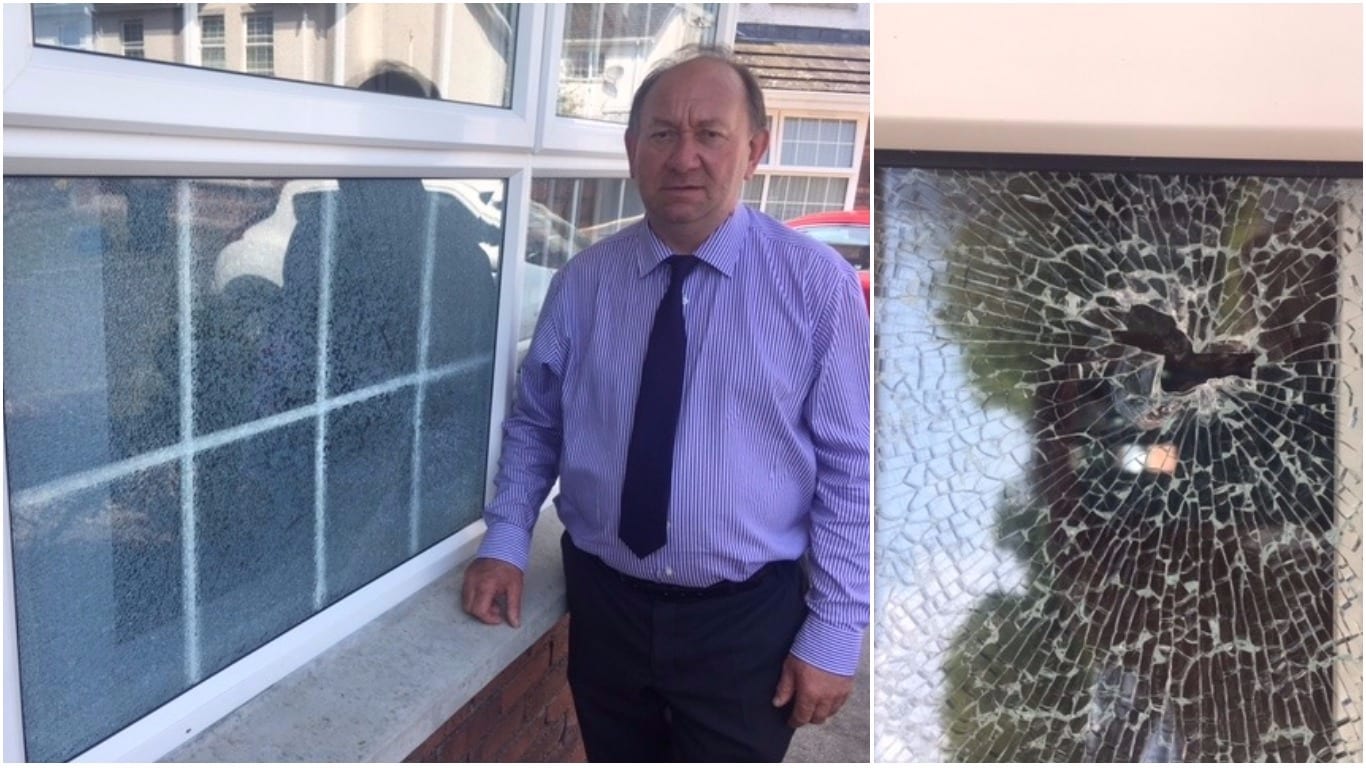 A county Armagh home was targeted in a “shocking” pellet gun attack late on Wednesday night.

Windows were targeted and shattered in two homes in Bawn Meadows during the incident, with a projectile going right through one of the double-glazed unit and into one of the houses.

DUP MLA William Irwin MLA (pictured) has slammed those responsible stating that anyone inside could have been “seriously injured”.

“This is a really shocking incident and seeing the damage to the windows and speaking with the residents today, it is a relief that no one was injured,” said Mr Irwin.

“Early indications suggest a pellet or BB gun was used in these reckless attacks and given the damage to the windows, it is clear that whatever was fired was travelling with enough force to cause serious injury to anyone who could have been struck.

“Police who are also very concerned by this incident and are currently investigating and I would urge anyone who may have witnessed anything suspicious in the Hamiltonsbawn area last night to contact the Police immediately and assist with their inquiries.

“There can be no room for this type of criminality in our residential areas and whoever is behind this sinister act needs apprehended and brought before the courts as soon as possible.”