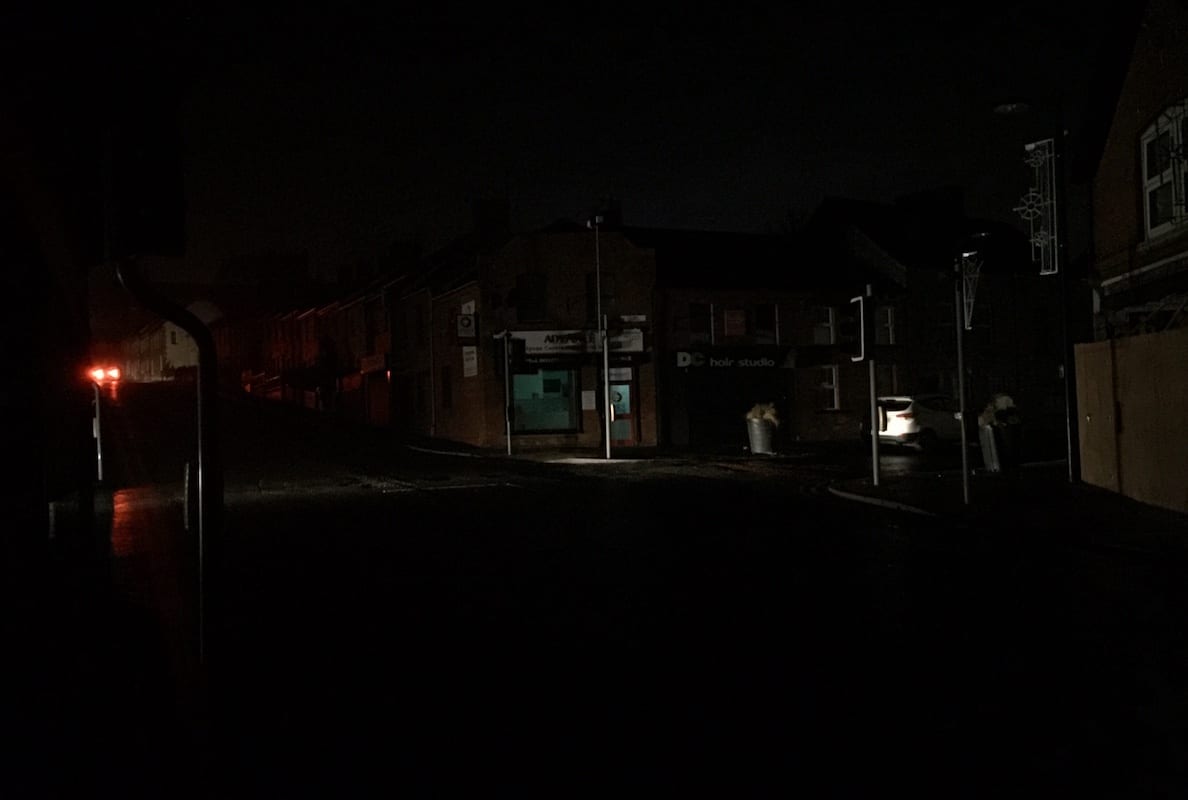 Armagh has been plunged into darkness following a large-scale power cut in the city tonight (Wednesday).

Northern Ireland Electric (NIE) is reporting more than 7,200 homes and businesses are without power following the outage.

The fault for has been logged and NIE who say they are assigning a repair team “as soon as possible”.

There is no reported cause and no estimated time for the power to be restored.

There are also reports of homes in Keady, Milford, Madden, Tassagh and Mountnorris being affected.

Traffic lights across the city are also out causing chaos for motorists.

One bar owner, speaking to Armagh I this evening, described it as “something you’d see in The Purge” – referencing the popular Hollywood horror movie franchise.

“It’s absolutely freaky, the whole town has been plunged into darkness – probably fitting for Hallowe’en but massively inconvenient, and a little unsettling if I’m being honest.

“The police are out on the street and it’s madness. All you can see is car lights, nothing else.

“Street lights are off, people are walking about in something you’d see in a movie.

“While it’s inconvenient for us, I fear for those living alone on a night that they are already probably dreading.”

????Major Blackout across Armagh ????Hundreds of homes without electricity across Armagh City as far as Granemore, Tassagh, Mullaghbrack, Madden and Keady. Estimated time of restoration 12:30am but depends on extent of damage #HalloweenBlackOut #CountryInDarkness @ArmaghI @SeamusLiv pic.twitter.com/EKRNFMv4IV