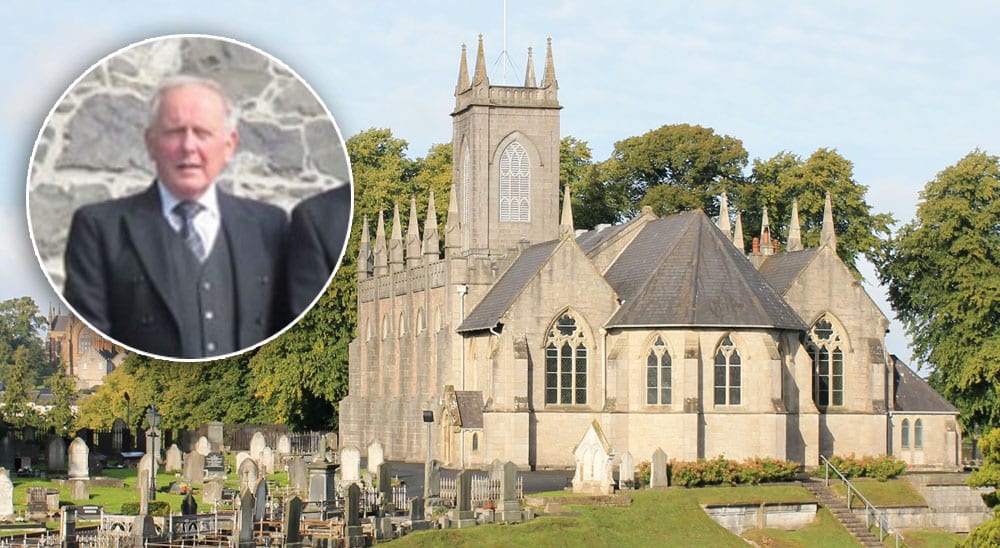 The funeral will take place on Tuesday of a highly-respected Armagh undertaker who passed away at the weekend after a period of illness.

Jackson Stoops had been an undertaker since the 1970s.

His long-established family business was based at Moy Road, on the outskirts of the city.

Jackson was assisted in the independent family-owned business by his son, Stephen, and by Len Grant, of Tandragee, and Tom Irwin, of Newtownhamilton.

He was highly regarded and families were greatly comforted and put at ease during their times of loss by Jackson Stoops, who was always courteous, professional and fulfilled his duties with great dignity and respect.

He passed away at home on Sunday.

Jackson Stoops’ funeral will take place on Tuesday at St Mark’s Parish Church in Armagh. He will be laid to rest in the adjoining churchyard.

He is survived by his loving wife, Ann, and sons Stephen and Richard, daughters-in-law Helen and Adele, grandchildren Matthew, Chloe, Bethany and Ryan, and siblings David, Lily, George, Maxie and Gordon. He was predeceased by his daughter, Joanne, sister Connie, and brothers Ben and Tom.

Our deepest sympathies are extended to the entire Stoops family circle at this time.

What a sunset! Social media lights up as skyline explodes with colour