'We just have to give her every chance and every opportunity, because this is a girl who loves life, adores her two children and is such a dedicated mother' 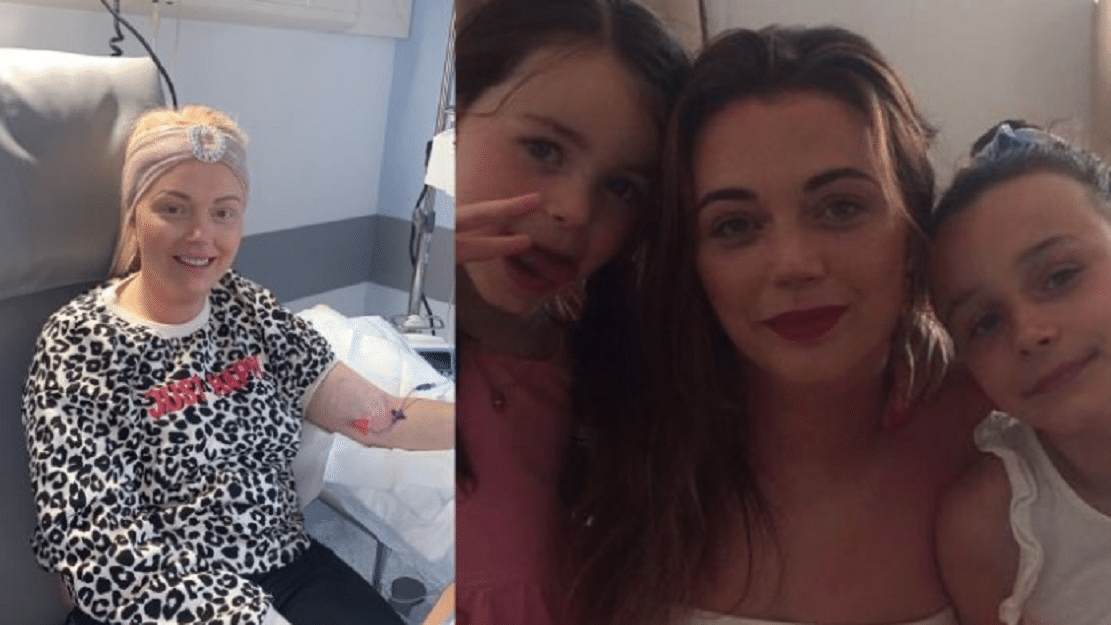 Family and friends have banded together to raise funds for alternative treatment after a Clady mother-of-two was given news her cancer had returned earlier this year.

She then underwent surgery followed by intense courses of chemotherapy and radiotherapy.

This was all completed by October, and it was believed that the 38-year-old had overcome the worst of her illness.

But unfortunately, in January, she was informed that the cancer had spread and was no longer deemed curable.

On the back of this, “life-long friends” of Carla’s started a GoFundMe page to raise money to explore alternative treatments not provided by the NHS and offer some financial support to her two girls, aged nine and 12.

Speaking to Armagh I, Carla’s cousin, Alana Keenan, said: “We just have to give her every chance and every opportunity, because this is a girl who loves life, adores her two children and is such a dedicated mother.

“It is unthinkable what is happening, that is why we cant’t just let this happen. We have to do something to keep her.”

Alana said she and her siblings looked upon Carla as a sister, adding: “I am originally from Monaghan but Carla’s father died when she was five and her mother and mine were very close.

“So she kind of grew up with us; my sister was her godmother and then Carla was my sister’s bridesmaid when she was 14 or 15.”

She continued: “We are both connected to Armagh, our mothers were reared in Nialls Cresent and our grandfather, Benny McVeigh, was well-known for his work in the community and was a founding member of St Vincent de Paul.”

Alana has been bubbling with Carla throughout the pandemic, helping out her cousin with whatever she needed during the year.

“It has been hard with some of the family not being able to come over,” she said. “Her 12-year-old knows mummy is not well and she is a very good support for her mother.

“Her nine-year-old knows there is something wrong but she doesn’t really understand, but Carla has tried to keep everything as normal as possible for them.”

She also spoke of the strength shown by Carla throughout her treatment, with her cousin even undertaking an online course to change career.

Alana said: “She is a strong girl. Even before the pandemic she would have done a lot of volunteer work for the Riding for the Disabled at Longstone every Wednesday.”

A qualified beauty therapist, Carla had always hoped to go into teaching after her children had grown up and whilst undergoing treatment began an online course.

“I always said to her, she was wasted because she has such a great personality; everybody loves her and she continued that HND through the whole of last year.”

Throughout the process, Alana said that her cousin had been open in sharing her story to inspire strength in others and warn people about early detection.

“She never thought, and you never do, that it would happen to her because she was so healthy and fit and always on the go. It is only by chance that she found it.

“Even with losing her hair, she didn’t want to, and of course she minded, but she posted it up on social media saying to people not to be ashamed, that hair or no hair everybody is beautiful. She has the drive to put the word out there.” Alana revealed that upon completing her treatment in October, Carla and the family believed that this was the end but it was not to be.

“She just thought as far as she was concerned it was gone, it was one of things and life goes on. Throughout the treatment, she was out and about, nobody would have known she was sick.”

However, after beginning to feel unwell again in January, Carla was told that the cancer had spread which Alana admitted was a “blow” to the whole family.

Despite this, Alana added: “I have seen her in pain but she keeps a smile on her face and tries to get a laugh with a joke at the Mandeville Unit with the nurses and doctors.

Carla’s friends began a GoFundMe page to explore alternative treatment for her cancer and this has already raised over £20,000.

“I do not know the ins and outs but it is something which cannot be achieved through conventional radiotherapy. It is very expensive but it does have the ability to treat tumours throughout the body,” Alana said.

“There is a place in Dublin, there is another in London and one of Carla’s friends is researching one in Germany, but due to the nature of this, we want her to get it as soon as possible.”

She added: “Her friends have been amazing; they are life-long friends who see her like a sister, but she is just one of those types of people that anybody can get along with.

“She is sociable, a very dedicated mother and she’s very well known and well-respected, as you can see in the amount raised to date just by people in the local area.”

Alana confided that Carla had been humbled and overwhelmed by the kindness and generosity of those who had already donated.

“I said to her the other day, ‘look what has happened in the past few days and this is how people think of you, so you are gonna have to make it your goal to fight this’. And I know she will – right to the very last.”

To find out more about Carla’s story or to make a donation visit the GoFundMe page.