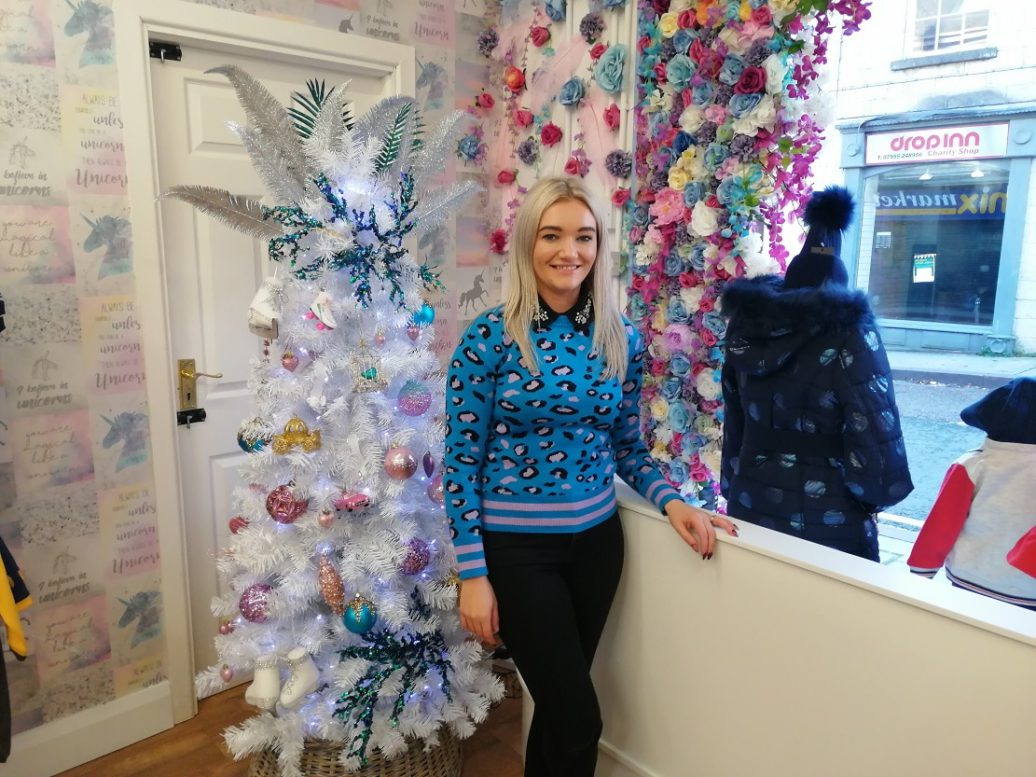 Deciding to run your own business is usually a well thought out, perfectly planned venture but not for one Markethill woman who has taken the plunge despite the uncertainty the current pandemic throws up.

She may have only taken over the premises at the end of September but she has already put her one stamp on the city centre store with a makeover of the interior and introduction of new stock.

With that, it is hard to believe that this is completely new territory for the 32-year-old former hairdresser who had stopped work to have a family; her youngest being just two.

We caught up with Sarah to find out how it all came about and how she has been finding her feet in the lead up to traditionally the busiest times of the year – Christmas.

And it all started on a typical day for Sarah as she called into the store asking about winter stock. It was then she was informed by then owner, Hillary McDowell, that there would not be any, as she was leaving and shutting up shop.

So, Sarah left with Hillary’s card in her pocket and after speaking with her husband, almost instantly decided that this was an opportunity she did not want to miss.

“Hillary had been there for 13 years and she just decided she wanted to try something different,” Sarah explained. “I always did want o have my own wee shop; it was always in my head but I never really thought about it that much.

“I don’t really know if that was necessarily in me to make a decision like that but my husband, he really encouraged me to give it a go, and here I am.”

From the day she said “yes”, Sarah had just a short three weeks to get ready to take over the reigns, during which time she revamped the store with new flooring and wallpaper.

Sarah said she is immensely grateful for the help from Hilary, as she made the transition absolutely seamless.

Said Sarah: “She was really good, you know she let me come in on the weekends to do the decorating. “She has been great showing me the ropes and making sure I was all set-up, I really couldn’t have done it without her.”

“There is still so much that I want to do but that will take time,” Sarah said of the future. “There are brands which I have got in and there are some that I am still working on.

“It has been good so far, you have you good days and you have your bad days but I am just gonna keep going and we will see how it goes.”