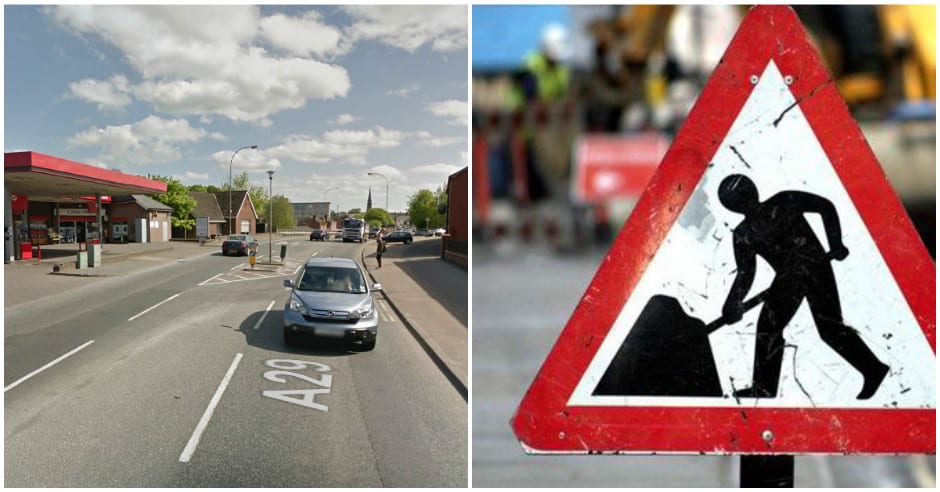 Five weeks of sewer works is set to begin in Armagh next week.

Construction work will commence on Railway Street during the week beginning October 17, progressing towards Lower English Street as part of the £3million city upgrade.

NI Water anticipate that this work will take approximately five weeks to complete.

Working hours will generally be Monday to Friday 7.00am to 7.00pm and Saturday 7.00am to 1.00pm, however it may be necessary for some work to be completed outside of these hours.

Public safety is a high priority for NI Water, and in order for these works to be undertaken safely and protect the safety of the public, road users and construction workers it will be necessary to implement a lane closure along Railway Street.

Traffic management arrangements will be in place and traffic travelling from Lower English Street towards Lonsdale Road will be diverted via Banbrook Hill.

The current permanent one way system on Banbrook Hill (southbound) will be reversed during these works.

It will also be necessary to prohibit parking along a section of Railway Street during this time; the parking areas affected will be coned off.

Residential, Nursery School and business access may be restricted during the works; pedestrian access will be maintained at all times.

A spokesperson for NI Water said: “We will endeavor to reduce the impact where possible and continue to liaise with relevant businesses and residents as the works progress.”

A major sewer connection at the junction of Railway Street / Lonsdale Road and a road crossing are also required.

This will require a lane closure on the Lonsdale Road with two way traffic maintained under portable traffic signals.

This work will take place from 2 to 7 November 2016 and has been planned during the school mid-term holiday to minimise disruption.

NI Water will continue to liaise with all thier major stakeholders throughout this programme of work to try to minimise disruption as far as possible.

When complete the scheme will meet Northern Ireland Environment Agency Standards, reduce the risk of ‘out of sewer’ flooding and facilitate future development within Armagh City for the next 30 years by improving and increasing the capacity of the sewerage infrastructure.