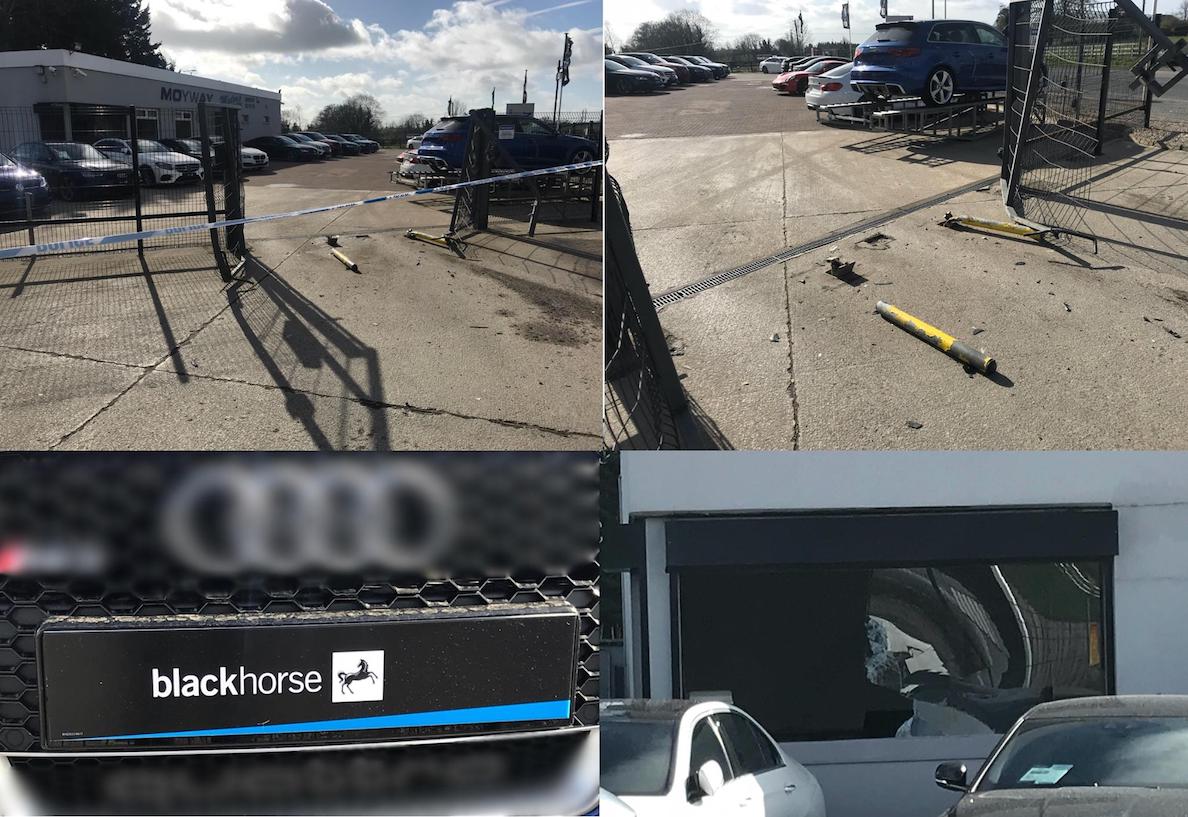 Five cars were stolen from a dealership from an overnight ram raid on the outskirts of Dungannon.

Police are appealing for information after five high-end vehicles were taken from Moyway Motors on the Moy Road.

At approximately 3am, a Ford S-Max was used to ram the gates and the following vehicles were removed and taken in the direction of Dungannon: a red Golf GTD; red Mercedes A45; and a white Mercedes CLA.

A short time later they returned and removed a white Audi A6 3L Quatro and black Audi A6 2Litre.

All vehicles had a distinctive black horse plate, the same as that shown in the main image.

A PSNI spokesperson said: “A black estate type vehicle was used in the burglary.

“Three of the vehicles have since been recovered but we still want to trace their movements, the two Audis are still unaccounted for. The Audis were observed in the Armagh area at approximately 5am.

“Did you see any vehicles matching these descriptions travelling in the Moy, Dungannon, Armagh or border areas?

“Did you notice vehicles travelling together around these times? Do you have any information as to who was involved?