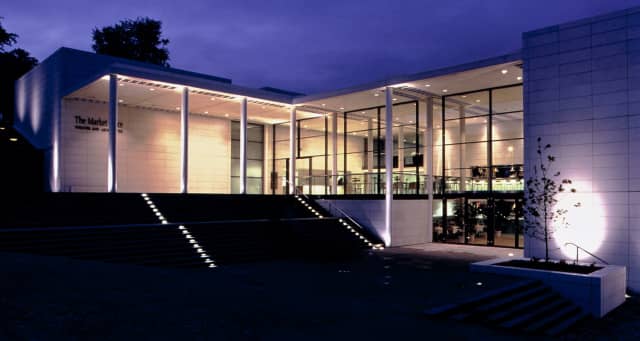 Armagh has been chosen as the host city for a major event to mark National Holocaust Memorial Day.

This will be the key event in Northern Ireland to remember those who died.

It is being led by the Stormont Executive and a budget has been set aside, as well as staffing resources to assist in the organisation.

An advisory group, made up of representatives of those affected by the Holocaust and subsequent genocides, has been established and has already met on three occasions since September to plan the event.

It is due to take place in the Market Place Theatre in Armagh at 7pm on Thursday, January 26, in order to avoid a clash with the Jewish sabbath the next day.

Mrs Mindu Hornick – an Auschwitz survivor – has agreed to be the keynote speaker at the commemoration, and it is expected that formal invitations to the event will be issued in the next few weeks and that all MLAs will be invited.

In response to a question from the SDLP’s Justin McNulty, on whether or not there were plans to extend the Memorial Day services to include more primary school children, the First Minister spoke of the importance of involving young people.

While that information was not to hand, she added: “I know that we very much want to educate young people about the horrors of what happened in the past, particularly in relation to the Jewish community.”

She referred to plans for a film on the life of Walter Kammerling, now 93 years of age, who “escaped Nazi persecution when he left Vienna in 1938 at the tender age of 15”.

The First Minister explained: “He made his way via Kindertransport to Millisle in Count Down, where, of course, the Belfast Jewish community had leased a farm. Walter ended up there for three years. He was one of approximately 300 children who passed through that farm. He has recently been involved in making a film about his experiences in north Down.”

Mrs Foster said she hoped that, when the movie came out, it would be a “very appropriate way to engage with young people”.

Looking forward to marking the Memorial Day early next year, the First Minister revealed it is her intention to take part in the event.

“I very much hope to be in Armagh to mark that very important anniversary,” she added.