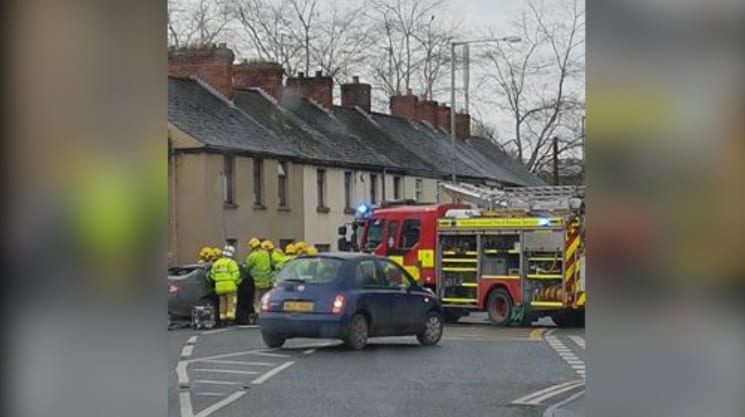 Firefighters worked for close to an hour to free a woman from a car after an accident in Armagh city this morning (Tuesday).

The collision happened at Irish Street, close to St Malachy’s, and involved a car and articulated lorry.

Fire crews were called shortly after 11am.

Personnel from Armagh Fire Station were first on the scene, with a further crew from Dungannon also despatched.

A spokesperson for the Northern Ireland Fire and Rescue Service told Armagh I that hydraulic cutting equipment had to be used to cut the roof from the car.

“A female casualty was rescued from the vehicle,” added the spokesperson.

“She was taken to hospital by ambulance.”

The incident was dealt with shortly after noon and traffic moved freely again.

A PSNI spokesperson confirmed to Armagh I that the woman – who had been taken to Craigavon Area Hospital – sustained injuries which were not believed to be serious.