Occupants of the car were treated for minor injuries and shock 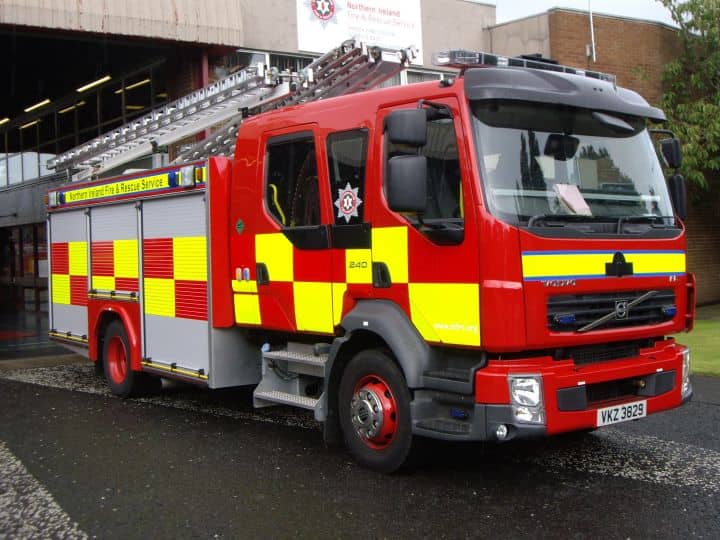 A fire engine collided with another vehicle on its way to deal with a road accident in Armagh this afternoon.

The appliance crashed into a car on the Moy Road, Dungannon after it was tasked to an incident on the Loughgall road.

It is understood that four people travelling in the car were treated for minor injuries and shock at the scene.

Dermot Rooney, Area Commander for Northern Ireland Fire and Rescue Service, told Armagh I that both vehicles sustained some damage.

“There was some damage to both vehicles and the occupants of the car were treated for minor injuries and shock.

“The collision will have minimum impact on emergency cover at Dungannon fire station as a spare appliance is being brought into service this evening.

“NIFRS and police are investigating the cause of the accident.”