Fifty years on: Memorial to be erected at scene of Callan Street Gas Explosion 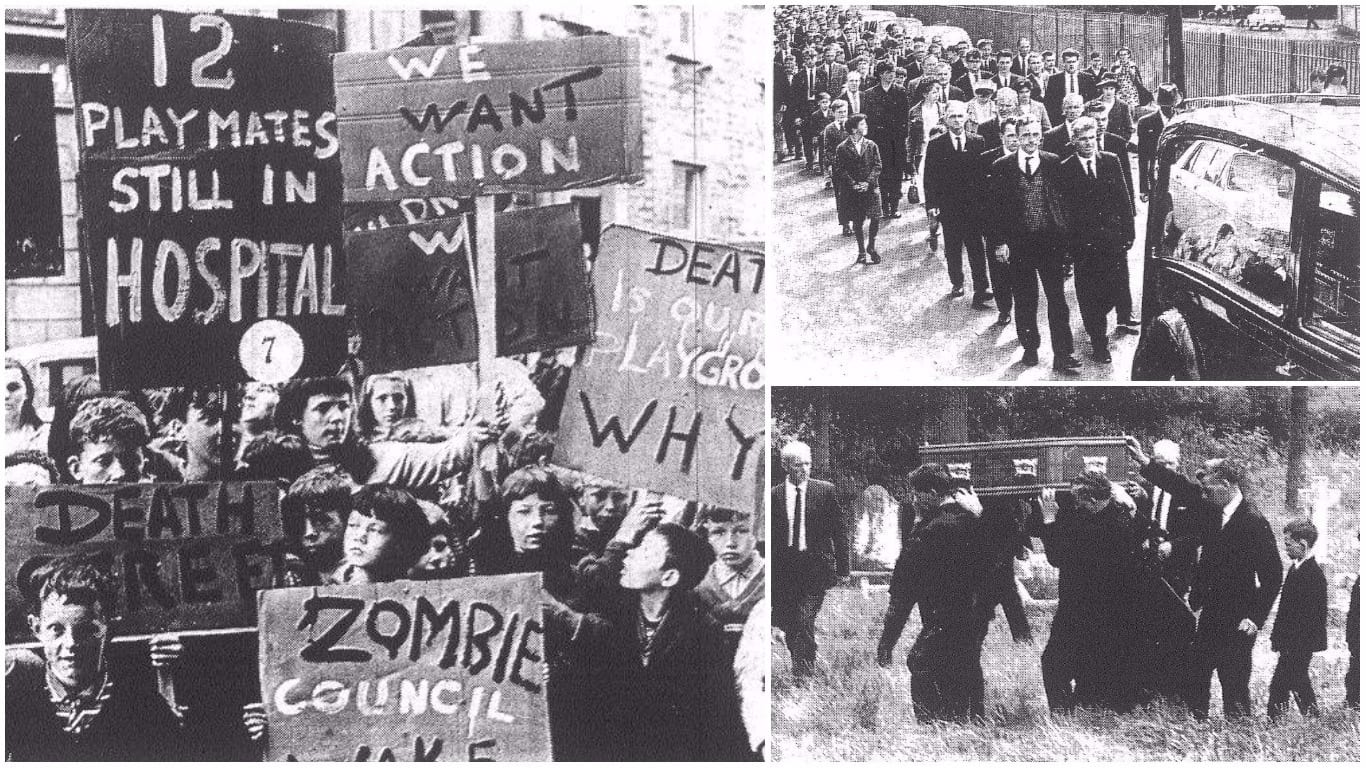 A memorial is to be erected to mark the 50th anniversary year of the Callan Street gas explosion.

A five-year-old boy died and 19 others were injured when two blasts on consecutive nights rocked the Armagh city street.

Brendan Donnelly was killed on Friday, July 21, 1967, and three of his friends sustained horrendous burns.

Fifteen other children, as well as a forensics expert investigating the cause of the blast, were caught up in a second explosion on the Saturday night.

The loss of the young life and the terrible injuries caused to so many other children and young people devastated the Armagh community and sent shockwaves around the country.

Now there are plans to mark the scene of the explosion – and raise money for charity.

As part of the West Armagh Community Festival, a 5k fun run and 2k walk has been organised to mark the anniversary of the tragedy and help fund a memorial which will be erected at the site on Callan Street.

It will also raise money to support the excellent work of the suicide awareness and self-harm prevention charity PIPS.

The event will take place on Tuesday, August 8, leaving from Sherrys Field at Cathedral Road at 8pm.

All ages, adults and children, can come along and join in, with a commemorative medal for all participants, made possible thanks to the generosity of Cathy Rafferty, of Raffertys/Cuchulainn Bar, Armagh.

Also as part of the West Armagh Festival, local historian John Nixon – who was injured in the gas explosion when a boy of just 12 – will give a talk on the events of that weekend 50 years ago.

The general public, and families of those affected, are invited to come along for the free talk at Sherrys Field, due to start at 7pm on Wednesday, August 9.