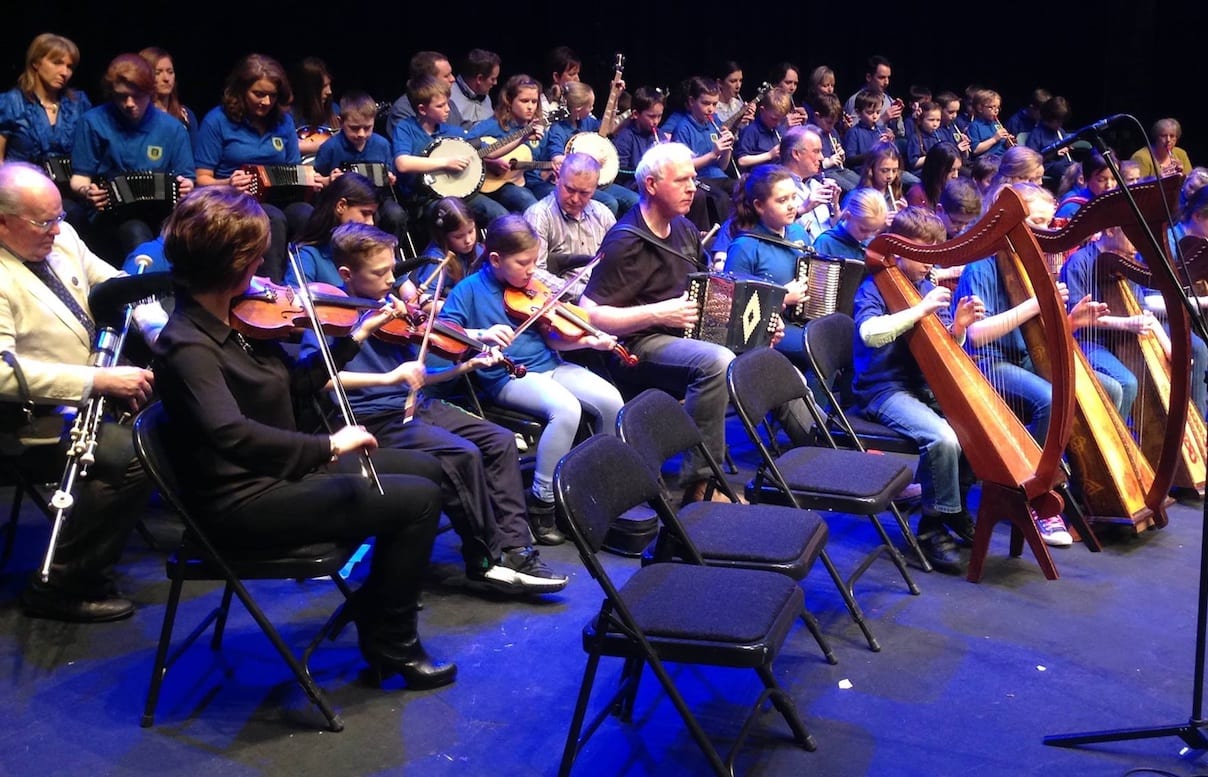 Armagh Pipers Club at the annual concert in 2017

An annual festival which has run for the past 25 years has been put into jeopardy after the Armagh Pipers Club were denied funding from the Arts Council of Northern Ireland.

The Club, which relies on the funding for around a quarter of its yearly income, isne of the longest-established traditional music teaching organisations in Ireland,

They say the funding withdrawal threatens their education programme, which delivers up to 50 traditional music classes per week, as well as the prestigious William Kennedy Piping Festival.

And it all comes down to a technical glitch.

The Club’s funding application was submitted via an online portal operated for the Arts Council by an American company.

Although the Club insists that all the documentation was uploaded before the deadline, the portal did not register the application as completed and so did not forward it to the Arts Council.

The loss of grant aid threatens the services provided by the small charity, which since its foundation in 1966 has had a major impact on the Irish music scene.

Its innovative tutor books are used around the world, and it has had a central role in the revival of the uilleann pipes, as well as teaching many other instruments.

Earlier this year its excellence was recognised with the ‘Good Tradition’ trophy in the annual BBC Radio 2 Folk Awards, and it has also been the subject of a BBC TV series.

The charity’s founder, the artist Brian (J.B.) Vallely, described the Arts Council’s decision as “an act of vandalism, and a shocking dereliction of its duty to support the arts”.

“The Club has received funding from the arts quango for 45 years. In recent years this amounted to about a quarter of the charity’s income,” said Mr Vallely.

The funding was mainly to support the Club’s education programme, which delivers up to 50 traditional music classes per week to over 200 students from eight counties.

It also supported the annual international William Kennedy Piping Festival, which draws thousands of pipers and pipe music enthusiasts to Armagh every November.

The Pipers Club was told two weeks after the May deadline, but before applications were assessed, that its application had not been received, so the Arts Council would not consider it for funding.

“There is nothing rational or proportionate in maintaining that a technical glitch justifies a complete withdrawal of support from one of the Arts Council’s longest-established and most successful clients”, said Mr Vallely.

“The Arts Council was made aware, before it started to assess applications, that we had submitted everything on time, yet it decided that our application should not even be looked at.”

The loss of funding for 2018-19 threatens the viability of the charity’s education programme, now in its 53rd year, and may mean the end of the piping festival it has run for 25 years.

“The Arts Council of Northern Ireland holds the school in high esteem because of the quality of their teaching practices and the calibre of the artists and musicians providing tuition.

“It was with regret that the Arts Council was unable to assess The Armagh Pipers application due to their failure to submit the application within the published timeframe.

“All clients must adhere equally to the published deadlines in order to ensure equity of treatment.

“The Council hopes that The Armagh Pipers might avail of other streams of public funding this year.”