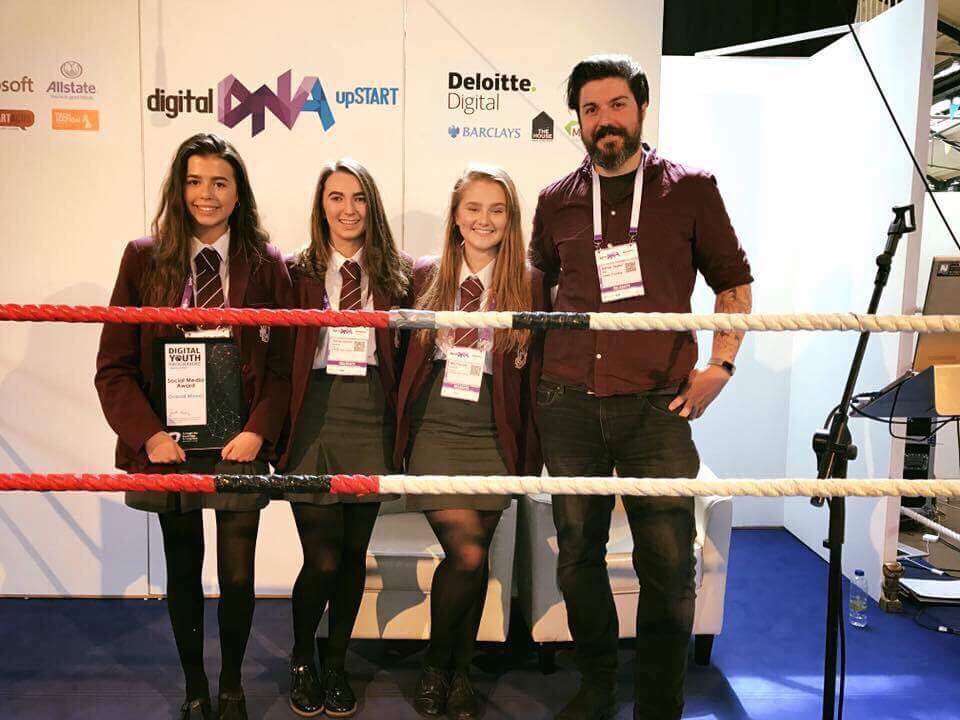 A team from the City of Armagh High School have won the Digital Media Award at St George’s Market in Belfast today.

The four girls are aiming to develop an app that will raise awareness on kids’ health and fitness.

They had to come up with their own ideas for marketing, designing and launching the app called ‘Hyperactive’.

The idea is based around a ‘Fitness’ type of app, suitable for kids, which will encourage young people to take charge of their own health and get active in a fun and interactive way.

They created and starred in their own video to try and appeal to young people the value of the choices that they make in life.

The girls asked Armagh I to help get people to view and share the video as much as possible in a bid to win the Young Enterprise competition, which in turn will allow them to develop the app further.

And win they did in style!

Congratulations to all of you!