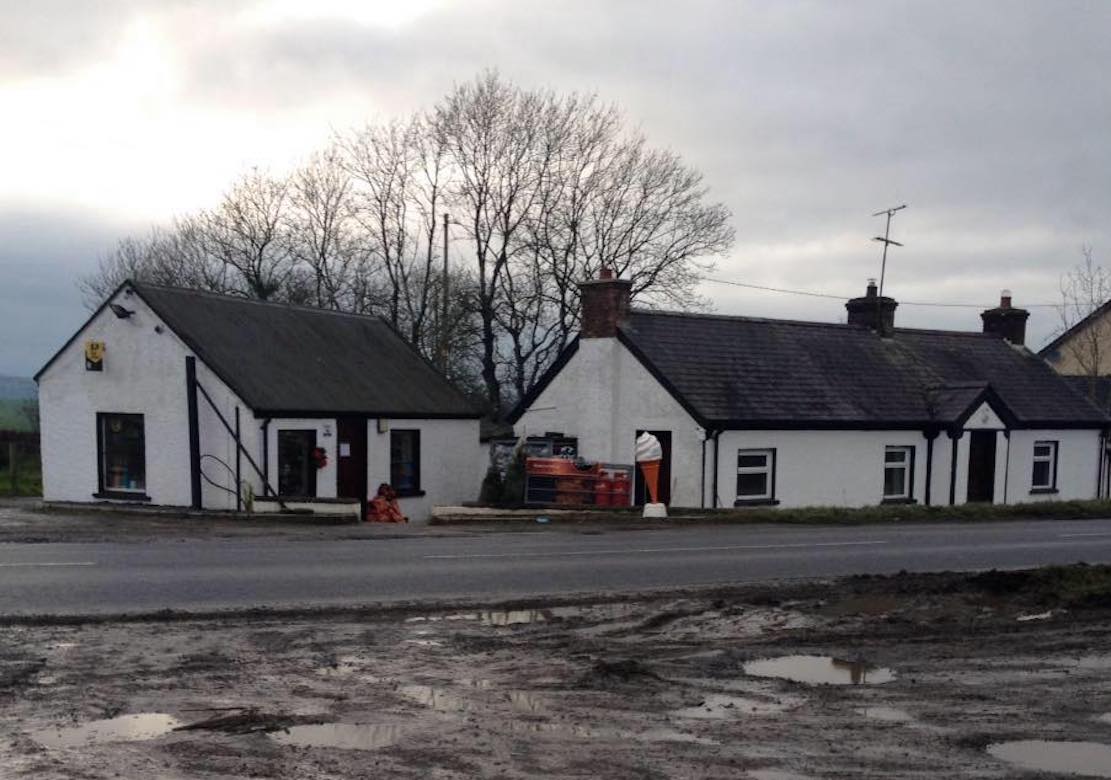 A Co Armagh family are planning a significant investment in their rural community with plans for a new filling station and convenience store.

And the development – beside the restored Corran Community Hall at Newtownhamilton Road, Armagh – also includes the provision of a new off-sales and deli counter.

Up to 30 jobs could be created during the construction of the new facilities, which would take up to a year to complete.

And the development – estimated to cost in the region of £500,000 with additional infrastructure costs on top of that – will see up t0 16 jobs created, both full and part-time positions, when up and running.

The application for the work has been submitted to Armagh City, Banbridge and Craigavon Borough Council in the name of Mr and Mrs C Lappin.

The Lappin family already operate a small business at the earmarked location, still known locally as Trudden’s Shop, which is close to the family home.

These ambitious proposals would involve the demolition of the existing shop and the site being completely cleared and a new outlet constructed in its place.

The new retail facility would stretch to close to 2,800 sq ft.

And the application indicates that the number of staff would increase significantly, from the existing two, to as many as 18 on a daily basis!

The Lappins’ new venture will include shop and off-sales, together with a deli, food prep area, toilet provision, staff facilities, stores, office accommodation and front and rear lobbies.

There would be a single-island, four-bay fuel station

The proposals also include parking provision – 28 car spaces, eight for bicycles and HGV spaces too – together with landscaping and associated site works.

The site currently consists of a “shop and a dwelling”, according to the submission to council. A house at the junction of the Armaghbreague Road and Newtownhamilton Road currently reduces visibility, which poses a “danger to road users”, and the applicant hopes to demolish it to “facilitate improved access for the general public”.

A planning statement indicates that it would not be “economically viable” to provide an extension or refurbish the existing shop, and adds: “Replacement is the only viable solution.”

The statement insists there is a real need for this development, making the assertion there are “no facilities along the entire 16km route from Armagh to Newtownhamilton”.

It adds: “This investment will make a significant contribution to the local economy through direct wages and salaries, as well as revenue to be paid to local suppliers, while the council itself will be able to draw upon significant rates levies.”

The proposals are now due to be publicly advertised with a decision expected in due course.